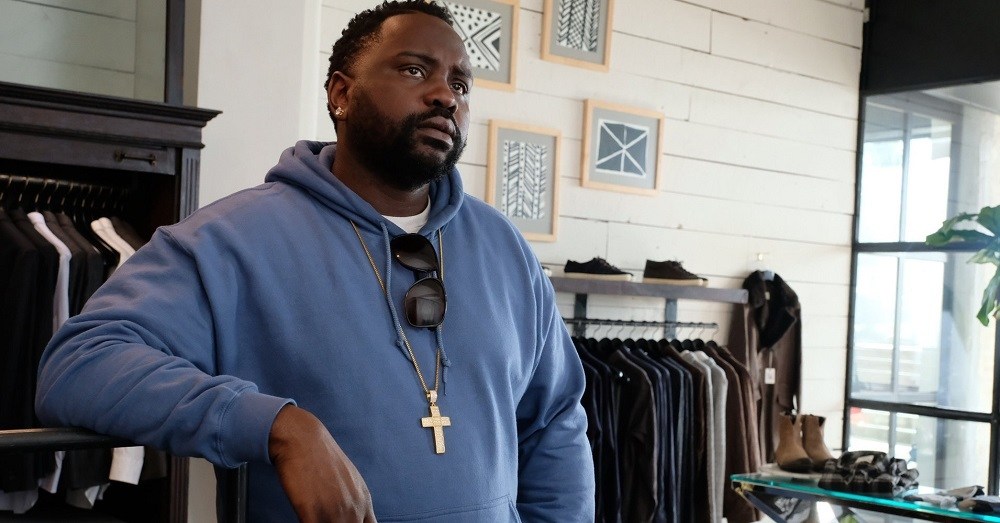 Atlanta Robbin’ Season Recap: When Keeping It Real Gets You Chased Into The Woods

***Atlanta is back for season two, ROBBIN SEASON, and we couldn’t be more excited. While not a traditional recap for us, Nicole and William get together each week to talk out the great, the innovative, and the utterly bizarre of the latest episode. All the spoilers ahead.***

William: This goes back to Darius during the Champagne Papi episode too, where he was diagnosing that realness is a construct like most other things. Here we have different versions of what real is or what makes something real. And while Paper Boi’s version of real on the surface seems the most authentic, it doesn’t do him any favors in the long run. 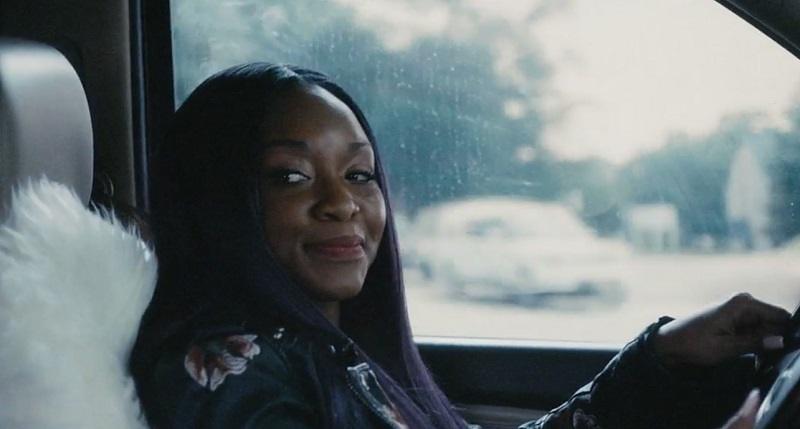 Nicole: See what struck me was that Alfred’s “real” wasn’t authentic. It was static. It was real for him when he was broke or when he was struggling, but not when he’s neither of those things. Real, in the Atlanta universe and in reality, is dynamic. Yet, he refuses to acknowledge that or act in accordance with his new reality.

His girlfriend/wannabe business partner may be on the other extreme of that, but she has adapted to her “Instagram fame.” She knows what she can leverage that for. She understands that being a commodity isn’t necessarily an authentic act and has obviously made peace with it; I’m sure the trips to the spa (and the resulting selfies) help her locate that peace.

William: Well, money is her motivation. She states numerous times some form of “let’s get this money.” I’m sure Al wants money, but I feel like he wants just “enough” money to do what he wants to do. He wants circumstantial fame, like to be recognized when its advantageous and to not be noticed most of the time. So the “girlfriend” would always be at odds with Al’s ideals. But it was interesting to me that the Instagram picture is what tipped him over the edge. We know he isn’t opposed to social media, if we remember all his snapchat shenanigans from the season 1 finale. And I don’t think its the pedicure cuz they kind of traversed that land about masculinity just previous to the photo. So I’m not sure why the picture of them together is what tips him over.

Nicole: I think it’s because it would be an initiation into her world.
He’s already playing basketball with white Justin Beiber so… I’m not sure that he’s on solid ground if he claims he’s above the photo-op. We have him on the ‘gram with a cop after he and Earn get arrested. It feels like that particular shot–divorced from masculinity and from his ladyfriend’s hard sell of branding–would be an acknowledgement of his change in status. He’s states he’s never had a pedicure before. So while it may not be about masculinity, it is somewhat about luxury.

And I’m not sure it’s entirely safe to say it’s not masculinity because we end the episode with him posing for a picture, a picture he suggests no less, with a fan. He’s comfortable with the picture in part, I think, because he looks like he’s been through hell: he’s dirty and bloody.

I’d argue that he’s not even opposed to the branding because that Al, the bloody been-in-a-fight and seen some shit, is the Al he wants to “sell.”

William: You didn’t take the picture at the end as him submitting to some model of dismantling his idea of real?
Because I think there’s a point in how bloody and disheveled he is, but Al also doesn’t seem to be one that wants to advertise weakness. And I’m sure he doesn’t want questions of “damn, who beat your ass homie?” more than he wants street cred that he already has.

Nicole: I think that was the only appearance of a white face in the episode and that kid’s tourism into whatever life he thinks Alfred has is a part of the product.

Does he have street cred though?

William: People think he killed someone, yo.

Nicole: And he still got ran [robbed] for his re-up. He still got white girls doing acoustic covers of his music. He still got people trying to record him buying product.

So let’s talk about the robbery: Al, fresh off of “being real” and walking away from the salon walks up on some “fans.” This is the real that Al speaks of and the thing the prospective girlfriend railed against when she said “no one wants a celebrity that looks like them.” Al looks exactly like his robbers. But not only does that not protect him, you could argue that they would have had even more incentive to rob him if he was dressed flashier.

Nicole: They know he’s not like them anymore. He just doesn’t.

William: Right. So, I don’t think folks are going to die on Atlanta, but Atlanta has convinced me that anyone could die at a moment’s notice. That shit got tense so quick. But a more salient point, I think it’s fair to say that Paper Boi isn’t enjoying fame. Because of his fame, he’s been robbed a couple of times now, been put on Instagram while setting up a new weed connect, and ya know got some extra fries he didn’t want. Which also means that he gets a lot of venom for not conforming to the kiss ass tactics of fans. I don’t think it’s a coincidence that we know Paper Boi has become successful in some measure because we always hear about it, and he’s always recognized. But we never really see any positive things that fame has brought him. We don’t even see him spending money, either.

Nicole: And we never see him capitalize on fame as we expect celebrities to do. His IG girlfriend asks him why he isn’t getting free things regularly. He blames it on Earn which is very likely true, but he seemed a little taken aback by the idea itself. He doesn’t know how to fame (verb). The question of realness is: does he want to learn?

William: I also thought that was interesting, because I feel like having Earn get him a bunch of free stuff would go against his idea of what real is as well.

Nicole: The idea that “real” is dynamic, a machine with moving parts, is what struck me the most this episode.

William: So…we’ve spent a lot of time circling, shall we get to the woods?

Nicole: I don’t…. want to… go there, neither literally or figuratively.

It was superfluous in that it could be omitted from the story, and we don’t lose anything and that is what makes me feel like it must be examined very closely. So my question is: does old dude exist?

William: So, this is going to sound super Darius, but I think everything in the Atlanta universe actually does exist. In so much that, they are very real in their impact of the character. I think Al sees the old man as his inability to not evolve in a practical way. His failure to rise higher in his station means he’s no different than anybody else. Not the robbers on the road, not the delusional old man who was probably someone of consequence in the past.

Nicole: I am reminded of the hero’s quest; there was a mythic quality underneath the story. Alfred breaks away from his intended (by leaving her mid mani/pedi), he battles for his honor (and his watch) and is almost defeated, and then he must wander alone in the woods and do battle with himself. This battle is the most dangerous, I think. But I’m not sure what’s at stake if it’s simply symbolic. If it’s not then I’m sure why I’m watching it happen. The writing thus far has been so much more intentional than that. What is the threat? Is it stagnation, financially and/or artistically?

Is Al the biggest threat to Al’s success? This, the fight itself more so than the outcome, is the important thing. Alfred for his cool outward non-affected self is in the midst of a struggle.

William: Do we think the very beginning connects? Al is adrift on the couch while his mother cleans and complains about his lifestyle. She thinks he’s lazy and its curious if she knows exactly what his profession is, or she does know and still has this thought. As she leaves and the phone rings, the room gets darker which feels like a passage of time. Then Earn calls about a contract that Al has been procrastinating on. Then the old man in the woods is telling him if he doesn’t move, he’s going to kill him. All these things, bundled with his fallout with Sierra all point towards Al not doing shit he could or should be doing while time marches on. To your question, it definitely feels like Al vs Al in that respect.

Nicole: Okay then in the most Edgar Allen Poe “The Raven” sense, did Al ever wake up and get up off that couch?
We have Darius in the kitchen talking about making pasta that he learned how to cook in a dream. I’m okay calling that a clue, a hint, a sign. 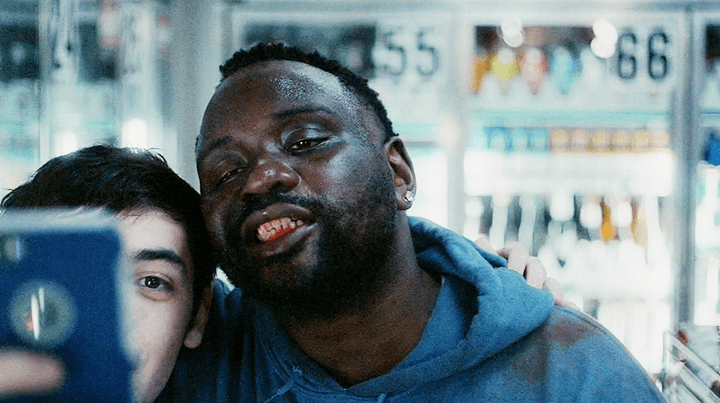 William: We may differ, but I think him not only agreeing to the picture in the convenient store, but also doing the multiple shots, smiling (through bloody teeth) and giving direction was him getting off the couch.

Nicole: Why does Donald Glover want me to write a dissertation after watching every episode?

William: I mean, we have been shown an indirect and sometimes very direct look into what Glover negotiates everyday. I think that willingness and vulnerability make these stories pop with nuance and vibrancy that elicits that type of reaction.

Nicole: This season feels intimate, like ease-dropping on Glover’s life. So while Glover plays Earn, Alfred might be the actual avatar.

William: My last point: if Atlanta doesn’t get at least two acting nominations during award season, I’ll be pissed.

Nicole: I need these writing nods.

I saw the preview for next week and I thought, “anything is possible.”

William: Also looks like the gangs back together, mostly. Its been a while since we’ve seen them all on screen together. But yeah, anything is possible, and I’m up for anything they throw at us.