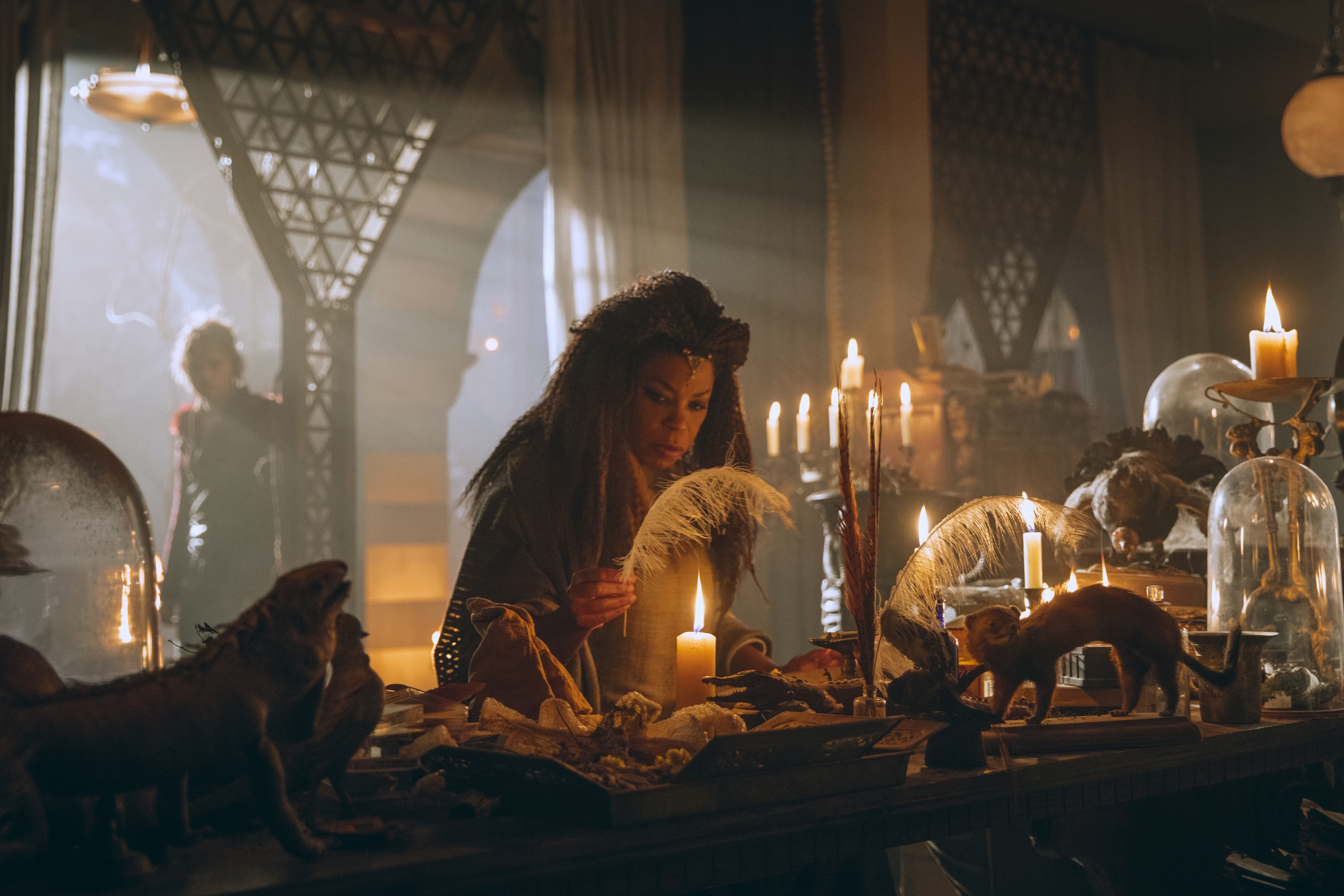 There’s a storm a-brewing in the Badlands. We begin with Lydia and the Widow, who roll up on the Sanctuary and find Hot Bro, Gaius Chau, stowed away in the trunk of their car. Apparently, he and Minerva have known each other since childhood, when she was a house Cog for Papa Baron Chau. We get a peek into the Chau household, complete with a creepy puppet show and overbearing father who teaches his daughter that being Baron means acting like a dick. The Widow can’t forgive Gaius for his family sins and locks him up, for now. Nate Moon returns with his blade and tells the Widow that Sunny is out of the game. She warns him that if Sunny pops up in her peripheral, both Nate Dog and Super Soft Sunny are gonna get got. Okay Minerva.

Elsewhere in the Badlands, Baron Chau is confronted by Pilgrim and Cressida. He drops at her feet the heads of the men she sent to attack the Azra Museum and asks for 1000 workers for a top secret project. Baron Chau doesn’t have much of a choice, so she decides to attack the refugee camp to beef up their numbers, but not before noticing Gaius’ noggin is missing.

Season of the Witch

Over the rivers and through the woods, Sunny, Bajie and, Baby Hank traipse through the hills looking for Ankara. She lives in a crashed jet plane, which has to be my favorite setting so far. After all the build up, Ankara doesn’t disappoint. Auntie is obsessed with Azra and agrees to help Henry, even though Bajie keeps talking that shit to her the entire time.

Speaking of witches, MK wakes up at the Azra Museum with Nix, Pilgim, and Cressida preaching the Azra word. Sounds good, but MK still just wants to take off to find Sunny and kill him. Between the three cult leaders, they convince MK the Azra Museum is where it’s at. He buys the pitch and decides to stay, which Castor isn’t happy about AT ALL.

Back at Auntie’s jet house, Ankara works her witchy magic by drowning the darkness out of poor Baby Hank. Inky black gook seeps out of his pores, but whatever she does works. His fever breaks, but Auntie Ankara doesn’t stop there. She tells Sunny he is a Catalyst for the Dark Gift, which lies deep down inside of him and will take a power stronger than hers to reach. She suggests they go find Pilgrim, but Bajie has a lot of feelings that he unloads on Ankara. He reminds Sunny that Ankara is a lying witch who had him running around in circles over Azra for years. She tells Bajie that Pilgrim answered that low-tech signal he sent out and, oh yeah, is about to usher in an age of blood and chaos. Wonderful.

While Chau readies the attack on Tilda and the refugee camp, Cressida works on getting Castor voted off the island. She sends him to help Chau, hoping he’ll die for the cause and never return. Same, sis. At the Sanctuary, Lydia and Minerva have a heart to heart about Hot Bro, Gaius. Lydia wisely suggests to the Widow that they need allies and should enlist his help. Minerva visits his cell and as they chat about the past, he reveals that he helped her escape after his father locked her up in the pig sty the night of the creepy puppet show. His honesty plants a seed of doubt in her head, and when the camp sends word for help, Minerva sends Gaius with Nathaniel. Between Odessa, Tilda, Nate and Gaius, they defeat Castor and Chau’s clippers and another alliance is formed.

Over on the island, Pilgrim reveals his plans to dig under the hills for some mysterious something or other in order to usher in that chaos Auntie mentioned. As they stroll the grounds, they come across a very worked up Cressida as she is painting. She’s drawing dash marks in blood on the wall, which MK recognizes as the same ones tattooed on Sunny’s back. Cressida tells Pilgrim that Sunny is the Catalyst and currently travels to the Museum. MK whines about wanting to kill him, but Pilgrim shuts that shit down real quick. According to Azra lore, Sunny is the peanut butter to Pilgrim’s jelly, and MK must treat him as a brother.

I’m sure that’s going to work out well.