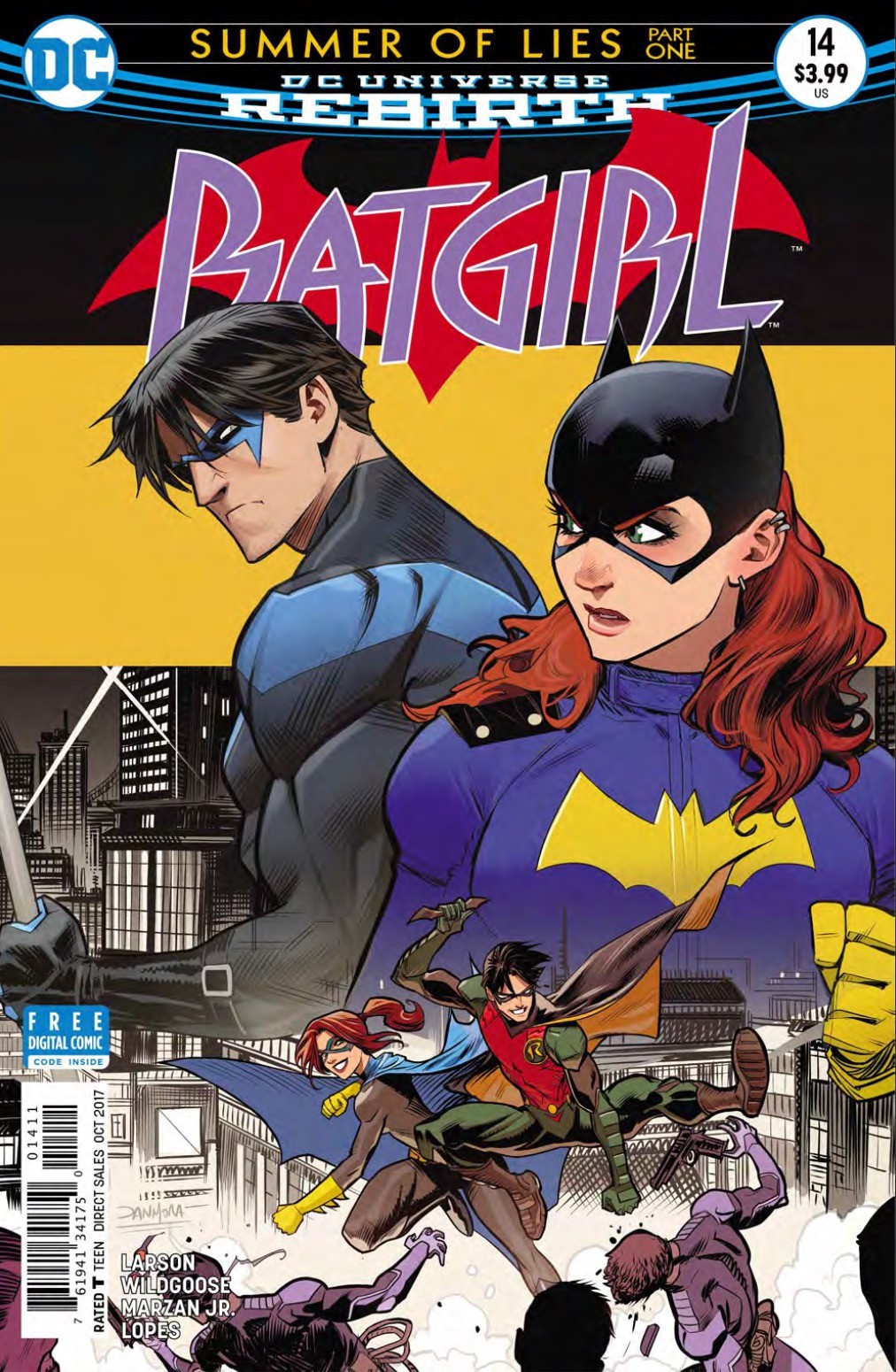 After a couple of standalones bridging the gap between Son of Penguin and now, Batgirl #14 begins the Summer of Lies arc with a tag-team partner from Blüdhaven, Dick Grayson AKA Nightwing. Grayson’s role is clear in the narrative as part sidekick and part romance bait, which works well enough as the story leaps back and forth between flashbacks and present day. Their combined experience make for an interesting flashback in that it is inherently more reliable; instead of imagining Batgirl’s sole perspective on the events, you know from the start that whatever happens was experienced by them both. There are two mysteries to unfold here – what happened in the past, and how that informs whatever is happening now – and that bifurcated plot is making for an interesting read. In between the exposition are two things Nightwing is meant to bring to the table – team-up fight scenes and allusions to a relationship beyond crime fighting and friendship.

The ship bait does not distract from the larger mysteries – at least not yet – so whether you like that sort of thing or not there isn’t enough to cause bother. Instead, attention is drawn to a suicide that happens quite suddenly and unexpectedly. As Babs and Grayson discuss who the situation reminds them of, the flashbacks take you to the alternate mystery of what happened to them – and maybe even between them – all those years ago, when Grayson was still known as Robin and Batgirl was newer to the role of crime fighter.

Chris Wildgoose’s artwork leads effortlessly between the flashbacks and present day, along with a few fun action scenes and spot-on facial expressions capturing the mood of the moment. A facial expression might have been overdone a time or two – winking scenes should be banned from comics – but overall this issue shined, particularly including Mat Lopes’ colors, from the dulled flashbacks to the brilliant Mad Haberdashery color schemes.

Overall, there’s every reason to be glad Batgirl is back with a fun arc. Looking forward to where this goes next, and – given the flashbacks – where Batgirl and Nightwing have been.