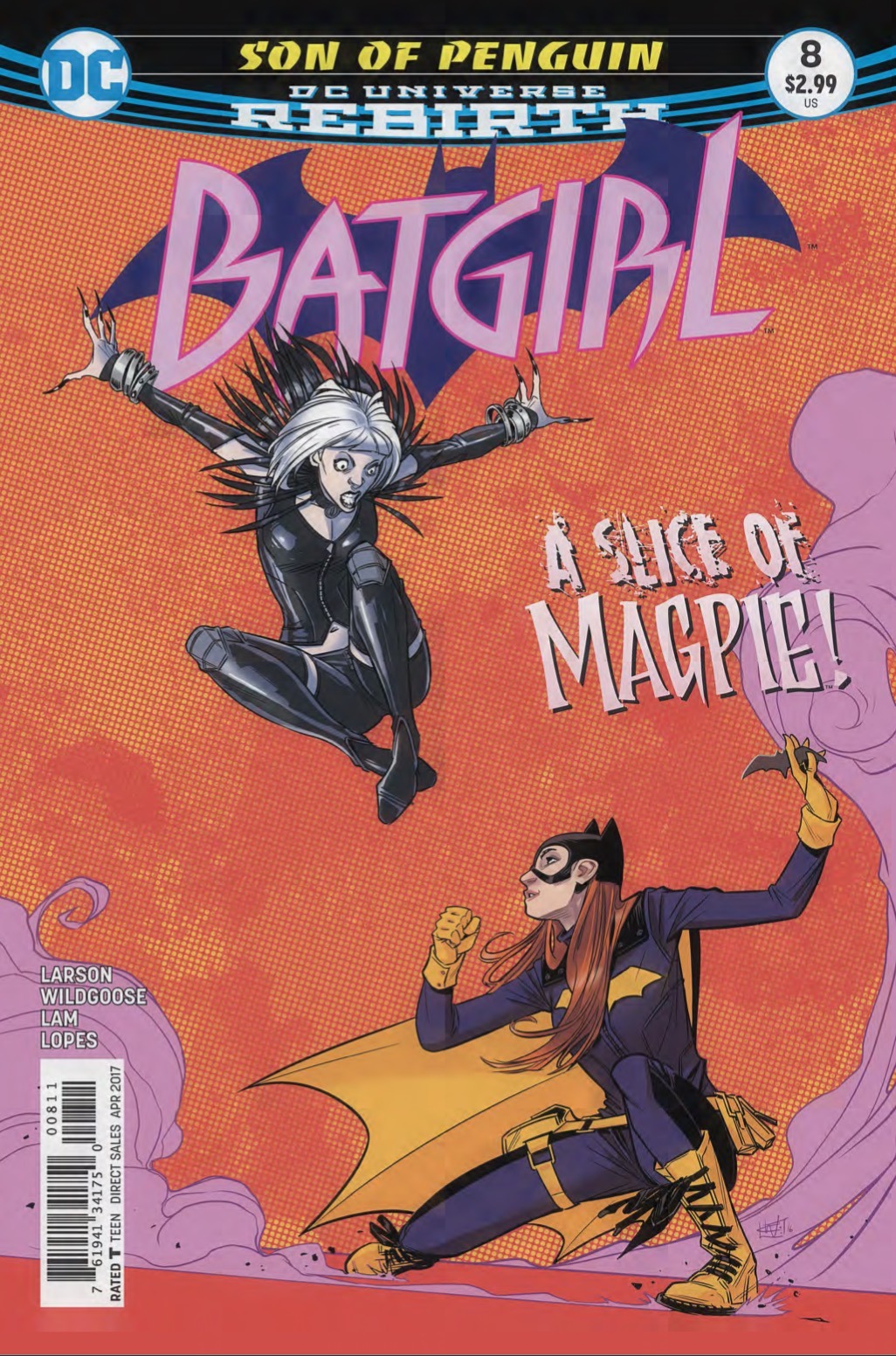 In a story arc that might feel rather uninspired, Batgirl fans have to hope the solo adventures of the last two issues are leading up to something bigger, as the ending of this one suggests. So far it’s been two issues in a row where Babs takes down a specific cell phone app made by Vicform, run by a Cobblepot, Penguin’s estranged son, whom Babs finds herself dating. The play is too obvious to be either good or bad – Babs’ feelings with Ethan Cobblepot will have to weigh against Batgirl’s suspicion of his criminality – so that’s less a focus than a distraction from what readers can actually expect from a conflict; instead, for now, their romance is a placeholder while the larger plot catches up (or so we hope). 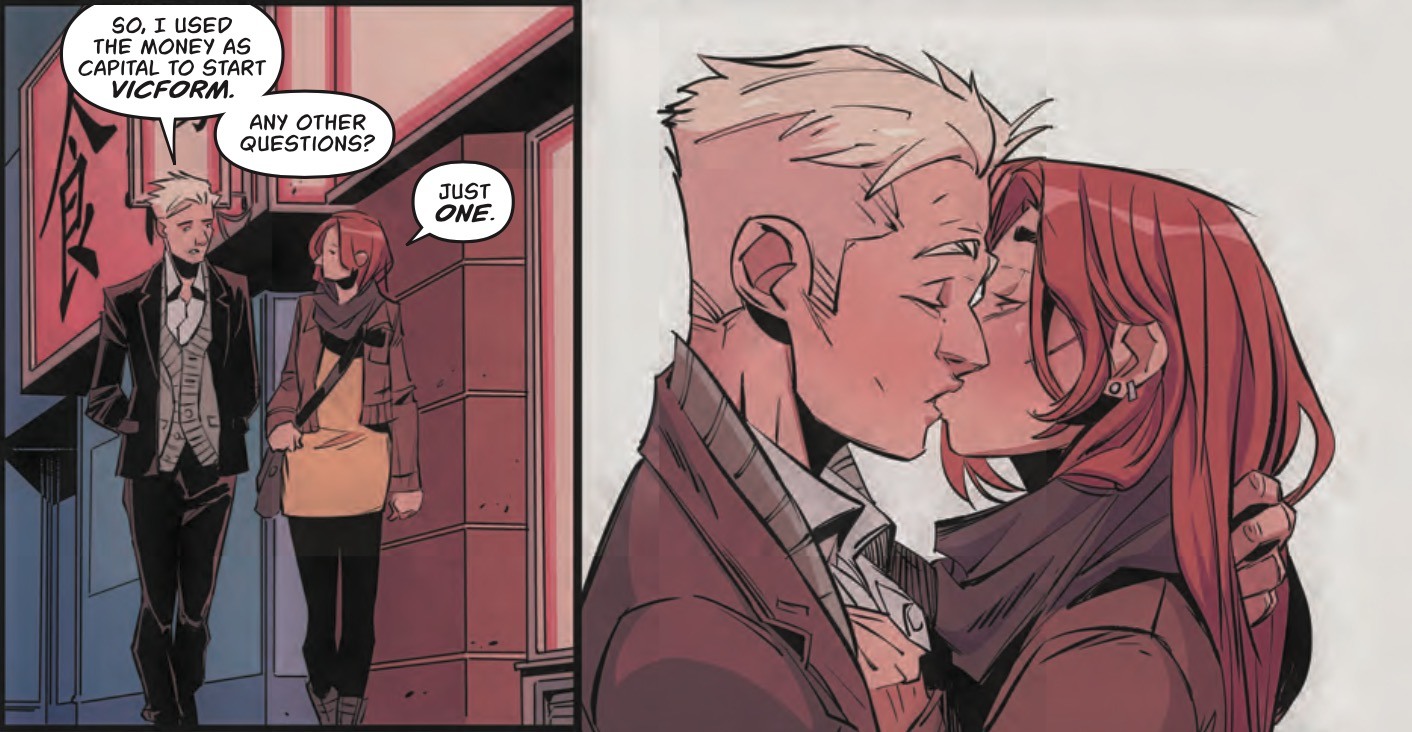 In the meantime, “uninspired” is probably what captures this issue best when compared to the rest of the series that had more intrigue and less cheesy dialogue. Tongue-in-cheek, perhaps; cheesy nonetheless. When a villain of the day says “You ruined my 5-star rating, Batgirl, and you’re gonna pay!” it generally doesn’t matter the context or motive, some things just won’t land. What does land though is the heavy-handed sampling of social justice issues planted blatantly, almost forcefully, into these issues. From gentrification to gender pronouns, Batgirl makes opportunities to integrate themes of equality into the series as if to ensure everyone is clear where a hero would stand. Additional credit given for representation of the Black girl coding genius, an example of integrating diversity in the current story plot and nailing a callback to the growth from Bab’s previous experience from the first story arc.

Overall, Batgirl #8 is more a plot foundation than a fun issue itself; a segue from the start of the arc towards the point it finds its groove. Here’s hoping the stakes grow higher, and the conflict is something unexpected that utilizes all these cast members of whom we steal so many isolated glimpses. The potential is all still there.