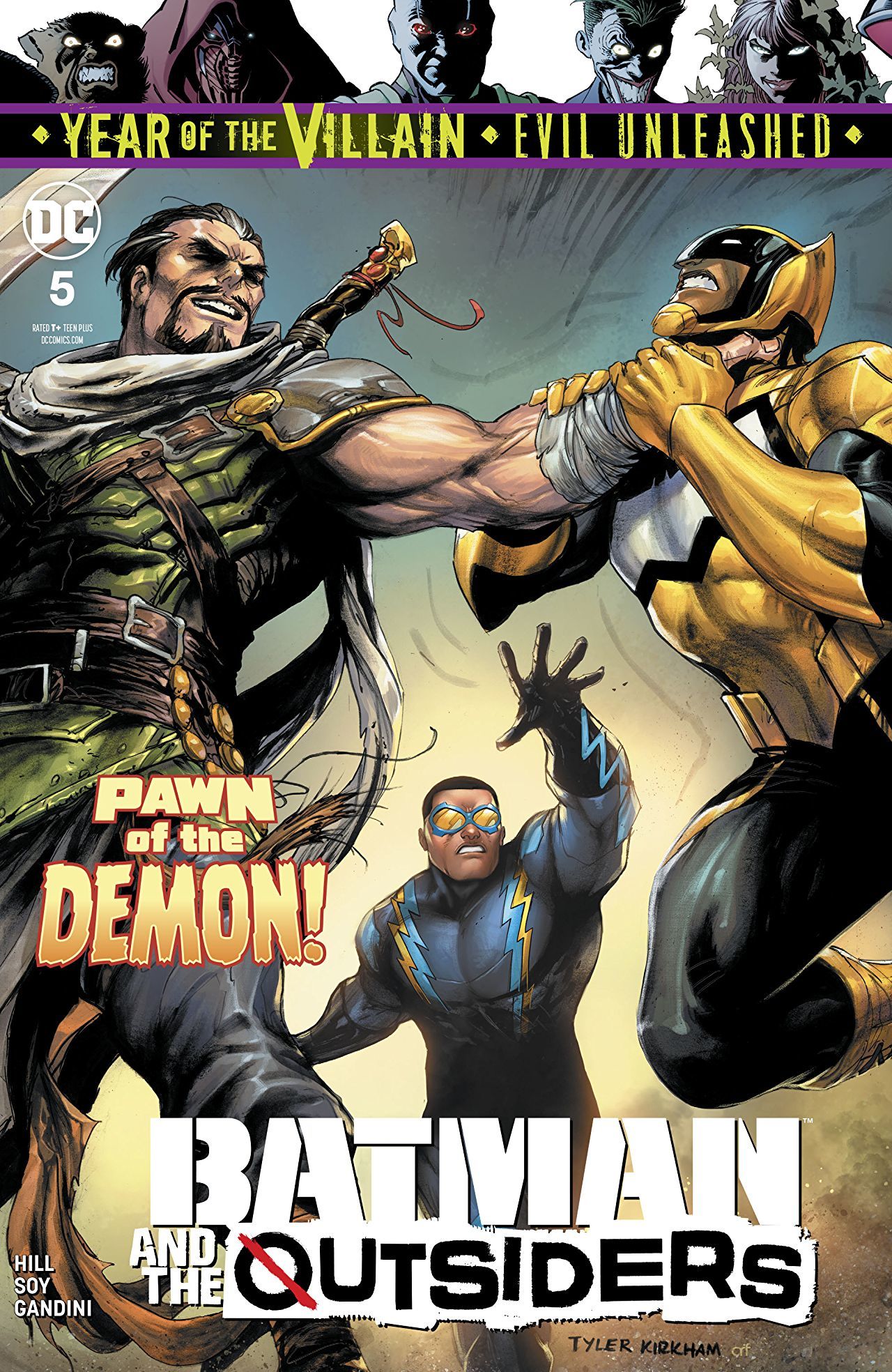 The fifth entry of Batman and the Outsiders continues to slowly unfold the events of the “Lesser Gods” arc, and we finally moved out of Gotham and into Khadym as we continue to inch towards the final showdown between the Outsiders and Demon’s Head. The issue largely focuses on Black Lightning and Katana having yet another heart to heart, although this one does feel poignant.

Hill very clearly has a deep admiration and respect for these characters, and that is evident in how this latest conversation between the two leads go. We’ve seen this dynamic play out in Detective Comics and even certain specials, but Hill is able to find new ways to draw out this clash of philosophy when it comes to heroics. Black Lightning is constantly being presented with the darker side of the DC Universe and is still very committed to being a beacon of hope, but as the situation continues to develop, it puts him in murkier territory. Hill captures that struggle very well, very succinctly, while also giving Sofia a chance to steal a scene or two and let Soy riff off some incredible action sequences. 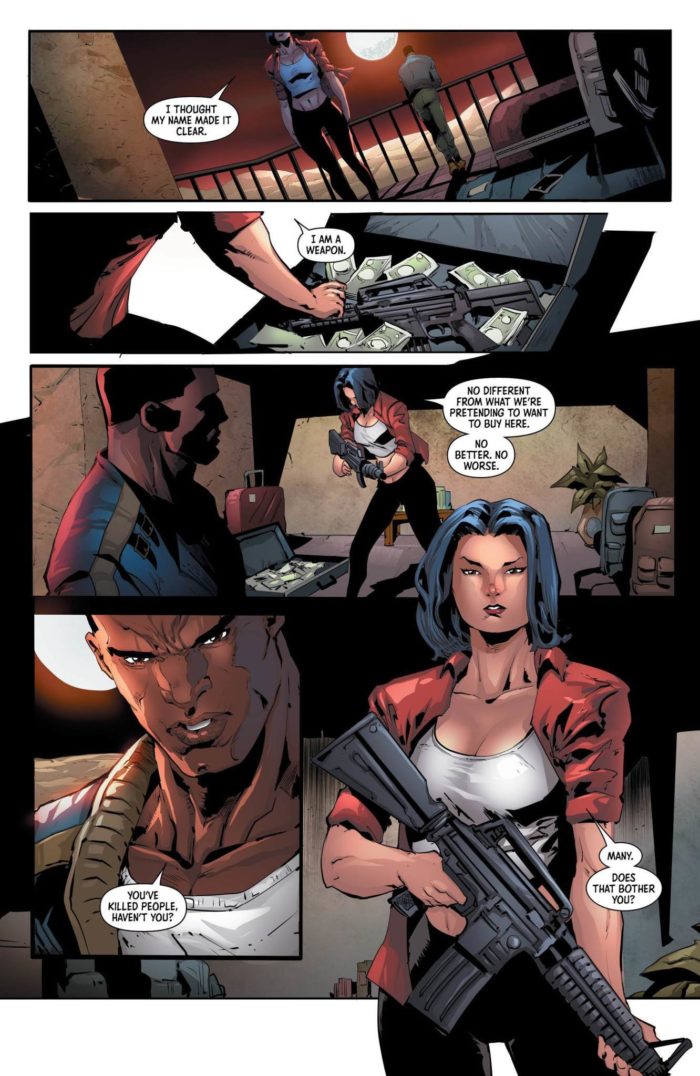 Soy’s artwork thrives on the drama and the action. The art when coupled with Gandini’s colors and Cowles’s lettering elevate the already solid writing, with the later half of the issue providing some stellar fight sequences.

And yet while I still enjoyed Batman and the Outsiders #5, I have come to the realization that my biggest complaint with the series is just the inherent fact that I’m currently only able to digest it in 20-page increments. With such a dynamic and intriguing cast, I just want to spend more time with them, but the nature of the medium means that there isn’t enough room to include meaningful characterizations for each of the principle heroes and having to wait for my personal favorites to get their turn. It’s a solid book and incredible story that feels like it’s going to read much better in trade, but I’m so vested in knowing the outcome that I’m going to keep getting the single issues, which is perhaps the best testament I can give to Hill’s writing and Soy’s art.