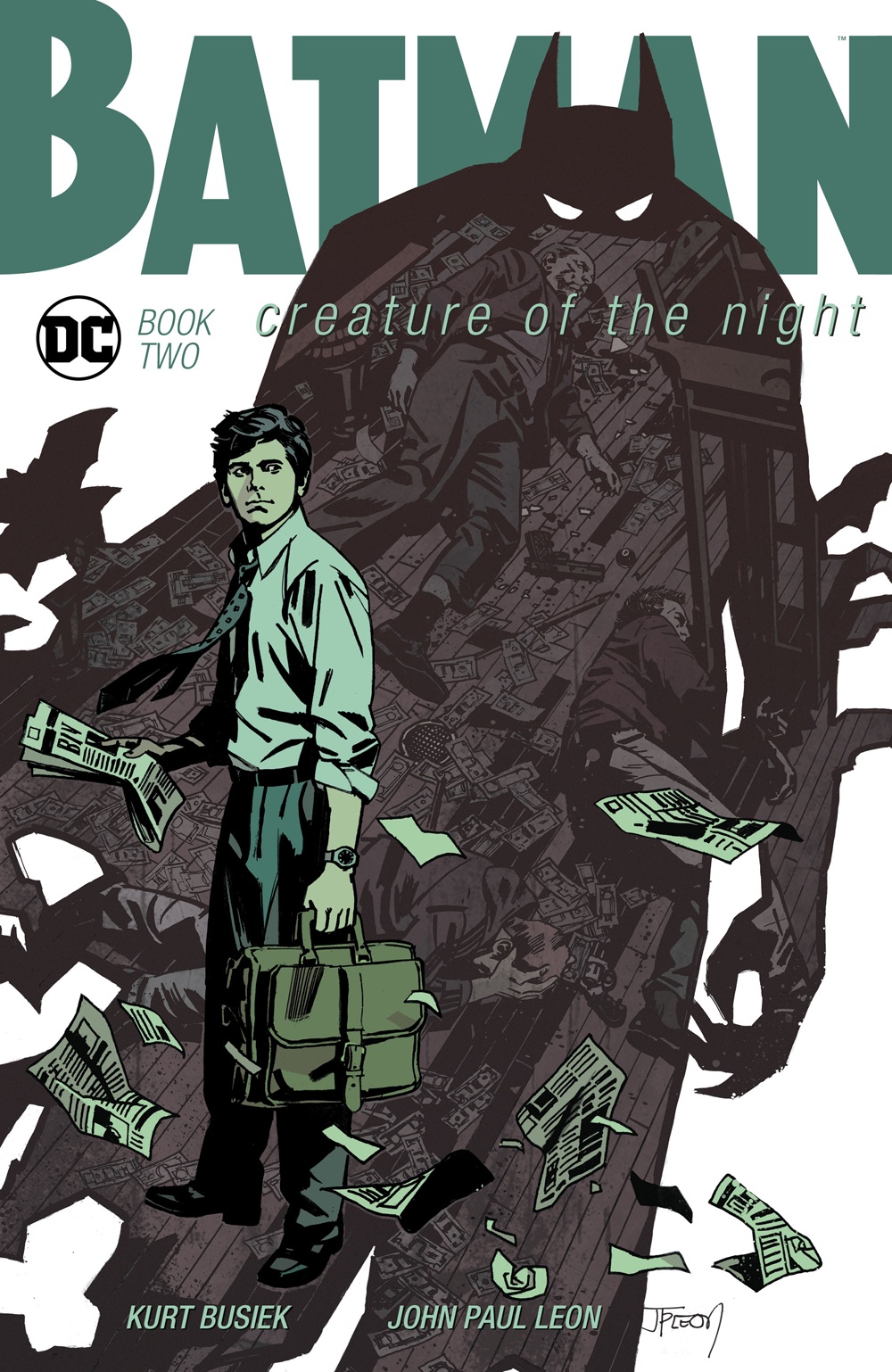 The creative team of Kurt Busiek and John Paul Leon graces us with the second part of their Creature of the Night Batman miniseries. The first book ends with young Bruce Wainwright, a child obsessed with Batman comics, whose childlike wonder grabs onto parallels between his life and the comics he loves. He even calls his uncle, Alton Frederick, Uncle Alfred. The parallels get tragically similar and more apparent as he loses his parents in a home invasion turned violent. In an otherworldly marriage between Bruce’s trauma and imagination, he unwittingly manifests a Batman-like entity dedicated to protecting him and his desire for justice in the world.

Creature of the Night #2 flashes forward about a decade with Bruce in college. If the first book is about tragedy then this one is about privilege. Bruce has worked through his past trauma and is leading a successful life. He excels academically, socially, professionally and even heroically. All the while something uncomfortable, intangible lurks in the air.

Creature of the Night weaves a beautifully complex tale of many threads for the reader to connect and attach with their own life. One of these threads is that of the life of the slightly older comic book reader. The comic opens with a classmate inquiring about Bruce’s own comic habit. These questions ring in the ear of anyone who has read comics through high school, college and even further into adulthood. “You still read comics?” “Are they worth money?” I don’t know how many times I’ve answered questions like this in the 13 years that I’ve collected them.

The story touches on the plight of oppressed minorities navigating the professional world in the late 60’s and into the 70’s, particularly Blacks and queer folk. Most interesting is Busiek’s underlying theme of privilege. Everything is going well for Bruce and it creates this sense of unease in the story. I connected to this feeling strongly. It is a weird feeling to know that you have everything you could reasonably ask for but still feel unsettled. On top of that, you feel unsettled because you don’t think you should feel unsettled and that’s unsettling. That subtle haze is masterfully captured by Busiek and John Paul Leon.

Leon’s art is expertly executed. The bright, carefree undergrad environment; the dark garage buzzing with criminal activity; the meticulous office of Uncle Alfred. Every environment shows thoughtful design and amazing detail. This book continues to be a masterpiece, rivaling the best books out now. Pick this comic up and let Busiek and Leon sweep you up into this story.

Reading Batman? Find BNP’s other reviews of the series here