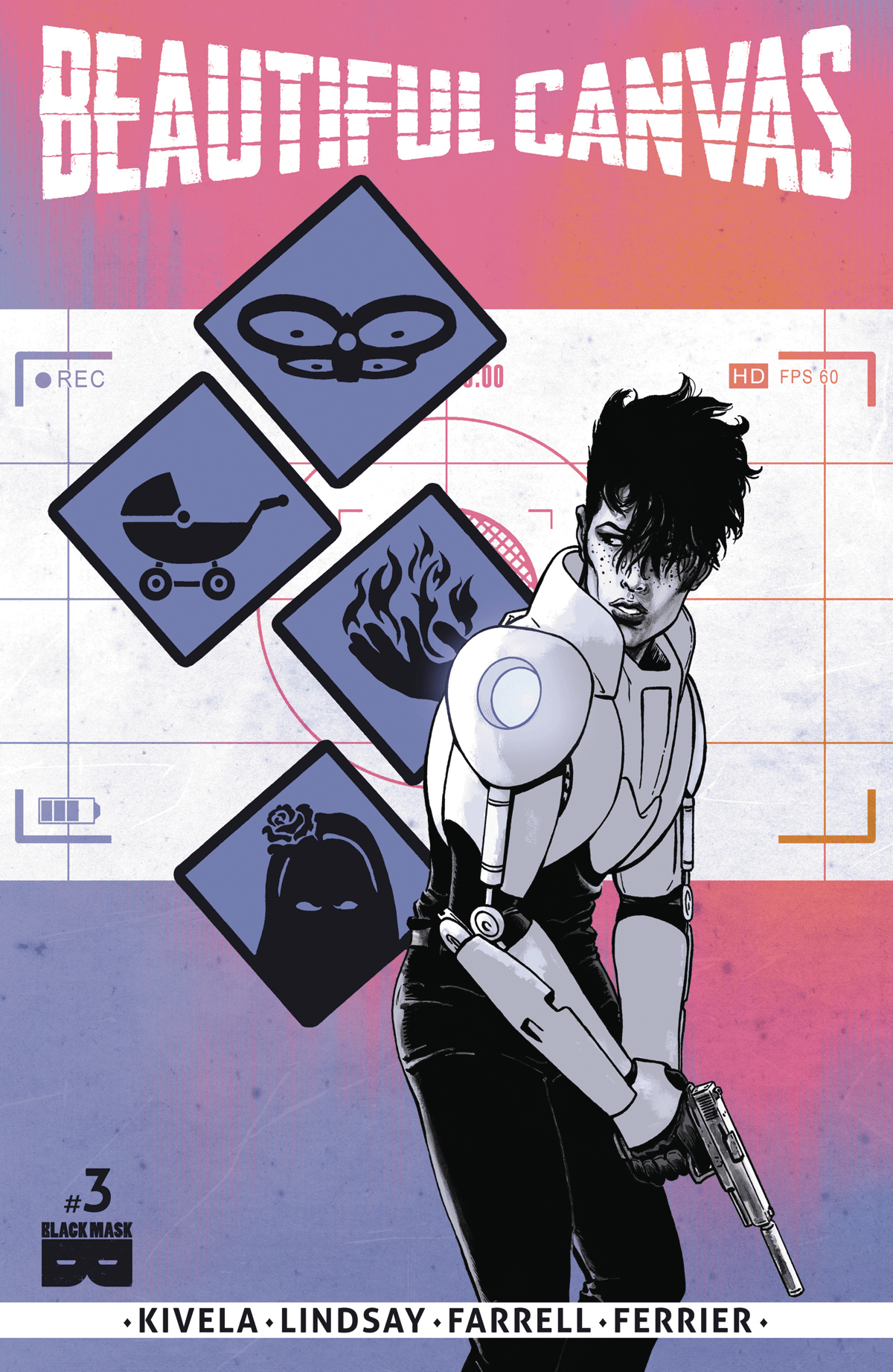 I could say that things went from 0 to 100 fast. BUT… to be honest, things were already there and we’re now batting for a number over 9,000. Lon’s saving this kid and bringing him home has served as a catalyst for so much: She and Asia are getting all manner of unwanted guests, Boss Lady has a wicked awesome plan for mayhem at the city’s expense and Lon’s not sure at this point if this kid can be saved. However, as she told Asia last issue: this whole dilemma isn’t even about him–her motivations for keeping him safe are selfish. It’s something she’s doing for her self and if her past alludes to us some small kid she may have gotten killed accidentally or perhaps killed on purpose that guilt won’t allow her to shake. 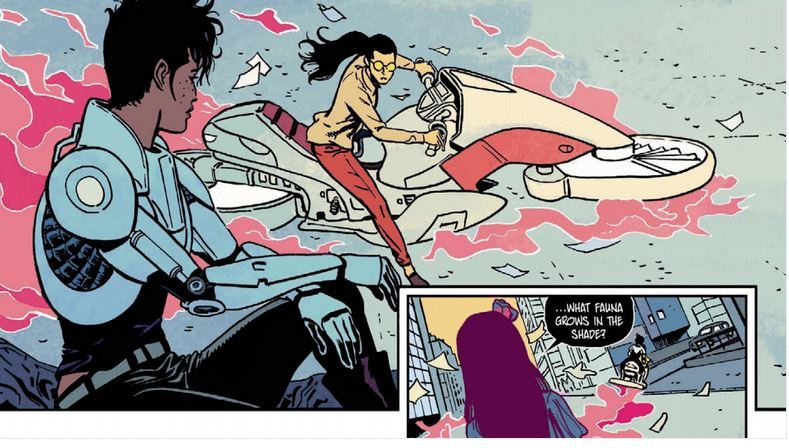 There’s CHAOS everywhere. Like almost every page. And the attention to detail, all the little things that complete a panel make you appreciate it: from the on point sound effects like the “CRACK” etched in the pavement when Milla’s helicopter lands unceremoniously to the coloring of scenes where a sleeper agent walking in a crowd suddenly has her powers manifest angrily. Perhaps the one compliant I could hear from other readers is that this comic creates more questions than it gives answers. That’s actually true, I won’t lie. However I believe it really works together fine with this element of surprise–the stakes keep rising. More players get introduced. More mayhem. More reminders of Lon’s past to haunt her. What do they say? If it ain’t broke–DON’T FIX IT. 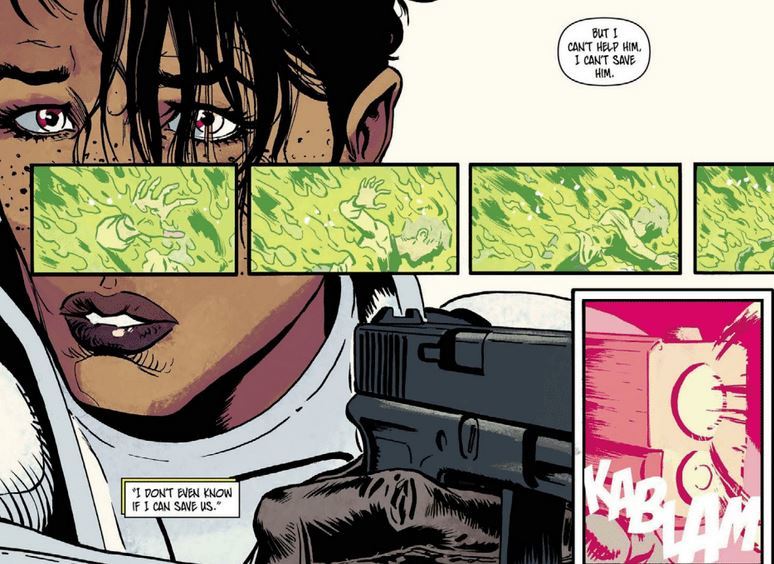 If nothing else, Beautiful Canvas is a sure fire risk taker. The beauty of all the unanswered questions that the plot gives us that don’t completely get answered so far don’t bother me enough to turn me away. This gripping comic takes hold and won’t let go. Here’s to looking forward to the finale from the BC creative team in the next issue.

See our site’s other reviews of Beautiful Canvas here.