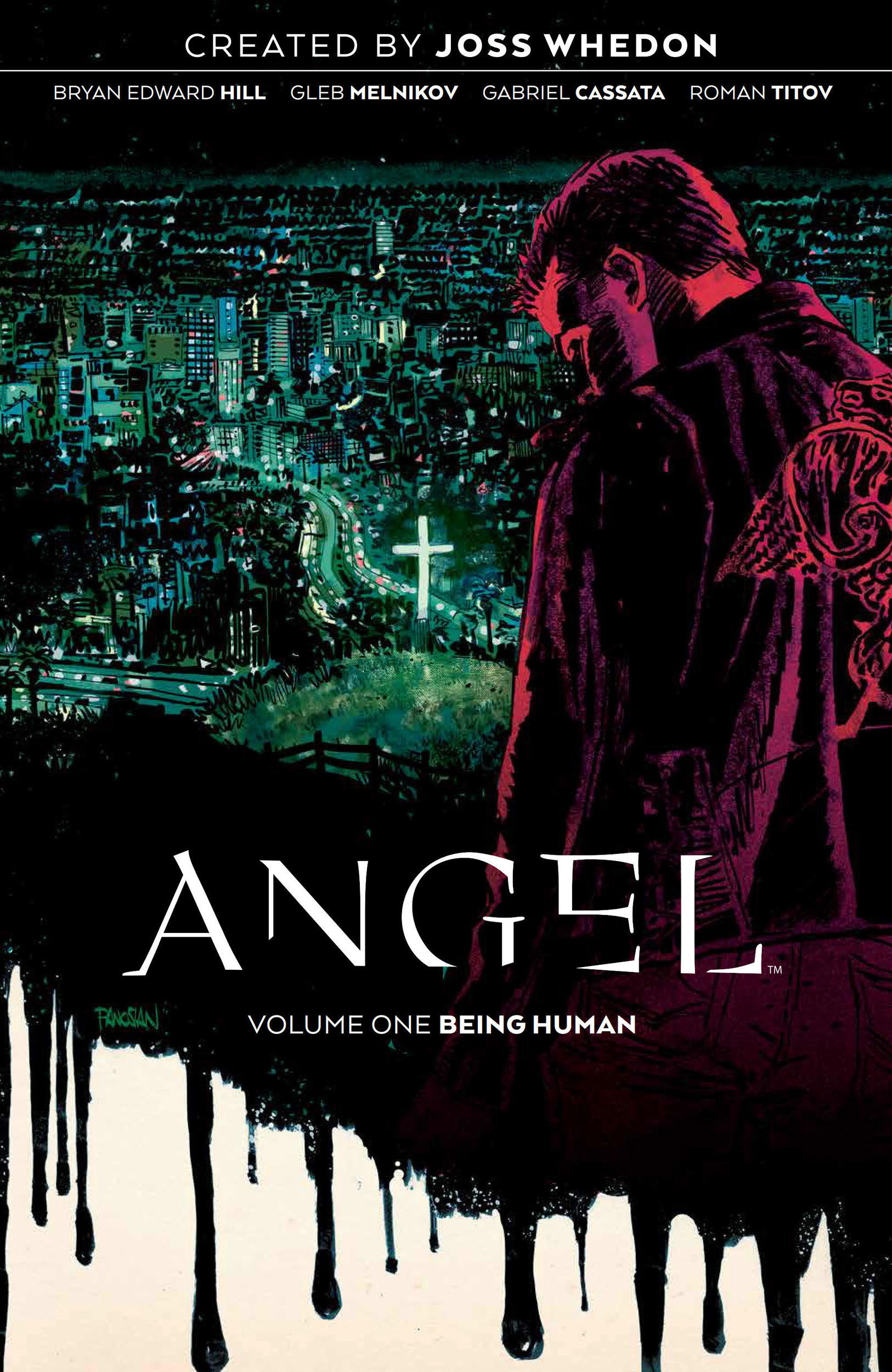 Bryan Hill is a prolific writer, with credits spanning across all sorts of media. We here at Black Nerd Problems have had the pleasure of review his series like Batman and the Outsiders, American Carnage, and Titans. Visceral and attentive, Hill’s work is (appropriately) enthralling and we were fortunate enough to get to sit down with him and discuss his work on the 2019 Angel reboot from Boom! Studios.

A Lesson in Occult

Hill: Well, you know I had to become a vampire.

Hill: It’s hard, y’know, with the sunlight. Being a vampire in Los Angeles is surprisingly difficult. But you do the things you have to do and after I was a vampire for a while I had to get rid of the curse, learn a lot of magic, but I can walk in the sun again so I’m happy about that. 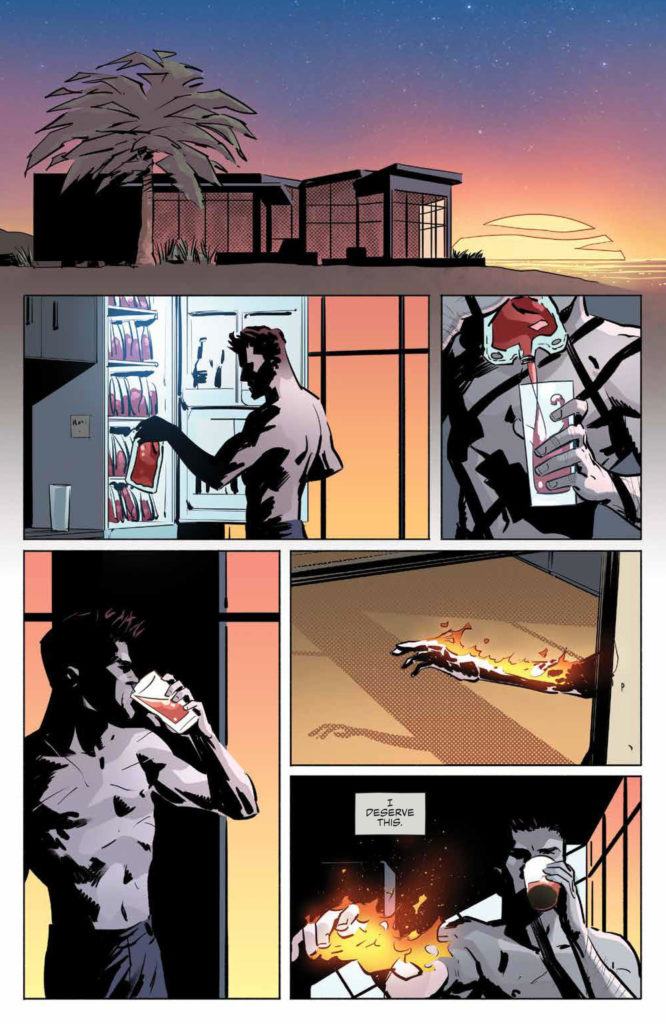 BNP: Must be nice to do in California.

Hill: It’s great. And in addition to that, I watched the show, and I went to message boards. I saw what mattered to people about it and took note about what was emotionally resonating and all of that. I lived in Los Angeles, and I’m fascinated with the esoteric history of the city and the hidden culture and exploring that stuff on my own. So, I have been able to put some of that stuff in the book.

BNP: Outside of the inclusion of social media and the new character, Lilith, what are the other big changes to Angel’s story in this reboot.

Hill: Interesting… I think this series has a lot of smaller adjustments rather than big changes. I guess the biggest change is we’re seeing Angel gather his group around him before the “classical” Buffy/Angel arc. Now, we have an opportunity to have these characters in this world have their own opinion of Buffy. Because Angel is their friend, right? And if you’ve ever had a friend whose been involved with someone who may not be good for them, you know… his friends may not like her as much.

Hill: *Laughter* Getting a different perspective on the dynamic is probably the largest change that has the most emotional fall out. But I think other things. It’s a bigger experience than the show. I’m using the fact that it’s a comic book to journey into history and build a solid arc for Angel, and the contemporary Los Angeles of the book is filtered through an old prism. It’s very much a Michael Mann Los Angeles in a lot of ways and it’s a look into the city where I live and that comes up a lot. I think those things are certainly variations on the original.

BNP: So, you have both a number of comic and screenwriting which is interesting considering you’re working on a comic series based on an older TV series. You’ve alluded to this before, but what else can you get away doing in comics that you couldn’t do in a TV script?

Hill: Well, in filmed media, it just plays on a screen right? It plays at a predetermined pace. In comics, the reader can read as fast or as slow as they want to so in order the same kind of rhythm you have to use the medium of comics, like visual juxtaposition is an important. Visual poetry. When I talk to Gleb (the artist), whose work I love, I talk about we want this page to call back to this page and and have some of the lyricism there. And in movies and television, you also can’t pick the exact image because you’re just running the camera. You can pick a composition, the actors can stand on your X’s, and you can put it in slow motion, but you still can’t get the exact moment. What is the reader going to see is a question you can ask with comics. I play a lot with that. I think a lot about what frame I want to see in the story, in this moment. 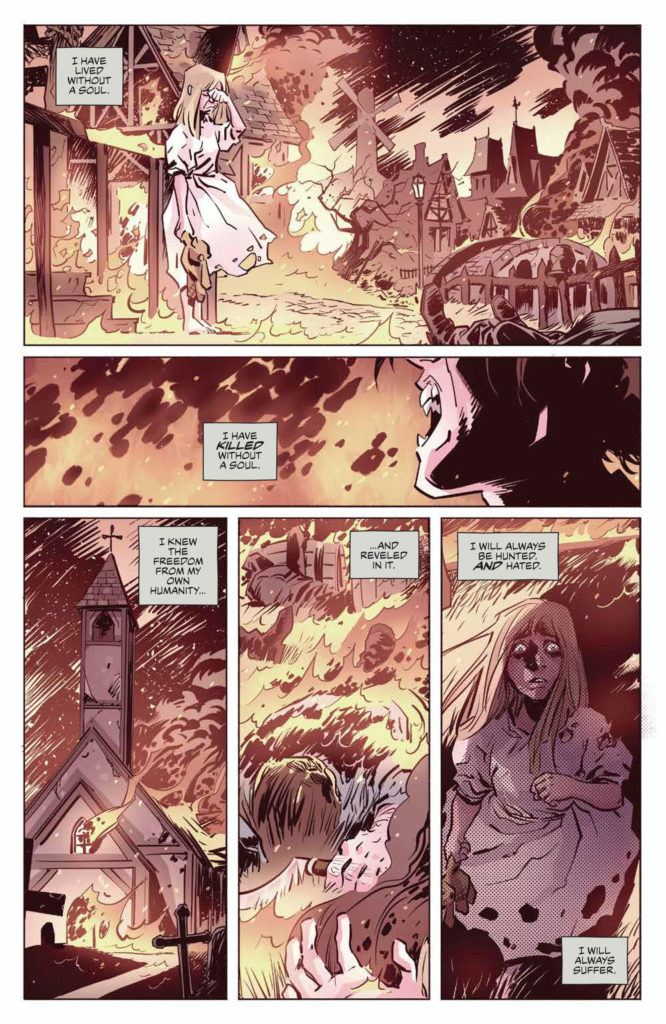 I think comics are a radical medium. I fell in love with them growing up because they were telling radical stories. I’m a child of Electro-Assassin and Batman: The Dark Knight Returns, Arkham Asylum. These were the things that mattered to me growing up. I read most of that stuff more than books. I mean, I read books but as I started to get into my teenage years, I was much more into the bespoke experience that Grant was writing, Alan was writing, Neil was writing. I’ve always looked at comics as a punk rock medium where you can shift and turn things upside and shuffle them up in such a way that you still can’t really do when you’re in film media.

BNP: So, speaking of Batman, you’ve worked with a large number of series featuring an ensemble cast unified by a charismatic leader. What are the challenges working with a story with a lot of characters at the forefront?

Hill: Well, the primary challenge is making sure each of the characters has enough time so you can explore them narratively. With Angel, we have characters that are highly complex and highly layered. They deserve to have their time in the spotlight to grow in front of the reader. What I tend to do structurally is do a rotating spotlight. Instead of having everyone in there for 5-10% per story arc, I focus a little more on individual characters and make them principle in the narrative, so they have their time. It allows me as a writer to be comfortable, being able to sit with them for a while. It’s hard to write a story, at least for me it is, if everyone has to have contact with the ball in the book because then you end up chasing those moments. You don’t really have that much space to have them grow as characters. It’s always a struggle to figure out who’s going to be principle here and how it bounces off them as a character and who are you bringing into this. It’s always a difficult choice, but it’s necessary for me and my process to ensure the best story. 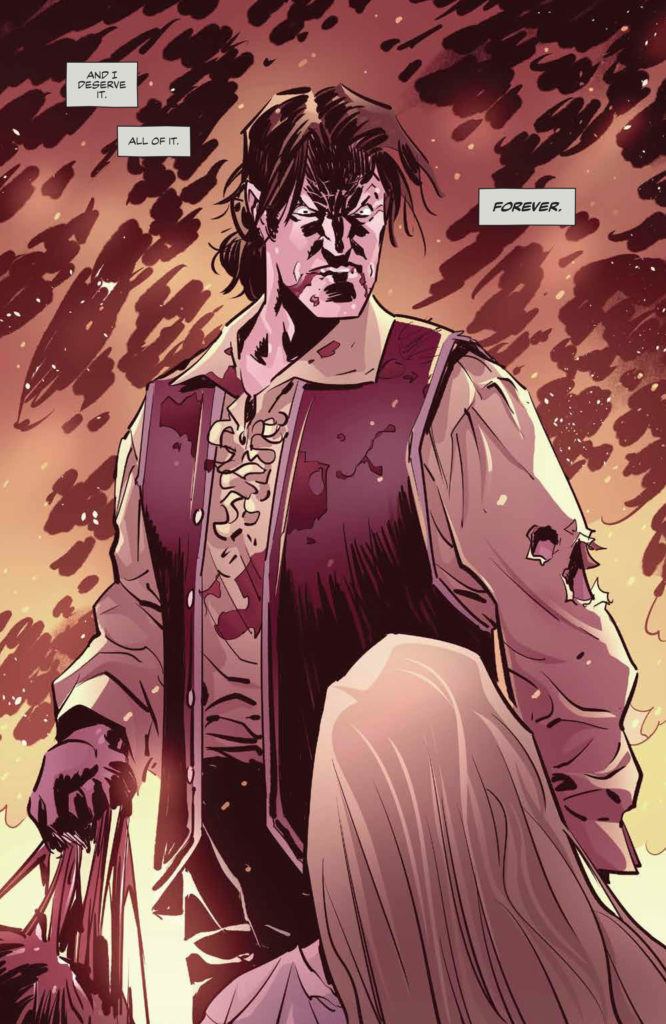 An Appreciation for The Story

BNP: So how often do you interact with your counterpart on the Buffy series, Jordie Bellaire.

Hill: Well, I’m familiar with all of their work for sure. We’ve traded some emails and that sort of thing. But pre-Hellmouth, the stories are pretty siloed, so it wasn’t like I had to react to page 4 of this and they had to respond to page 12 of that. I imagine post-Hellmouth because of the really cool and massive things going on in that. There will be a little more communication just to make sure things like the narrative are consistent going forward. But it’s been a great experience working alongside that book and Jordie’s work has been fantastic. I was always more of an Angel person than a Buffy person, but there is a relationship between those two books, two stories, almost day and night. You need one with the other. I’ve been very happy.

BNP: What was your favorite season of the original Angel?

Hill: Oh… y’know, it’s hard to name an individual season, because they all kind of blur when you watch them.

Hill: But anything involving Lindsey was always something else. Because Chris Kane is just a phenomenal actor and I just love watching him on screen. The “Wolfram & Hart” certainly got to me. Any of the arcs that Faith was involved in, that was always a lot of fun. I like the intense stuff. I have been called an intense person. It’d be self-aggrandizing to call myself that, so I won’t say that I am, but I have been called that. There is a certain intensity to me and my work, I guess. It displays in the kind of stories I tell. So, stories that push Angel to his limit, those are the ones that to me that stuck with me.

Hill: I just want to personally thank your whole site for being so supportive of me and my work. You guys review things and given me a platform and space and I really appreciate it, whether the reviews are good or bad. It’s important to get people talking about your work, so any market that takes it time to look at this stuff and talk about this stuff and put it online, I really appreciate it. I know there’s a lot of love that goes into it. Give my gratitude to the whole team.