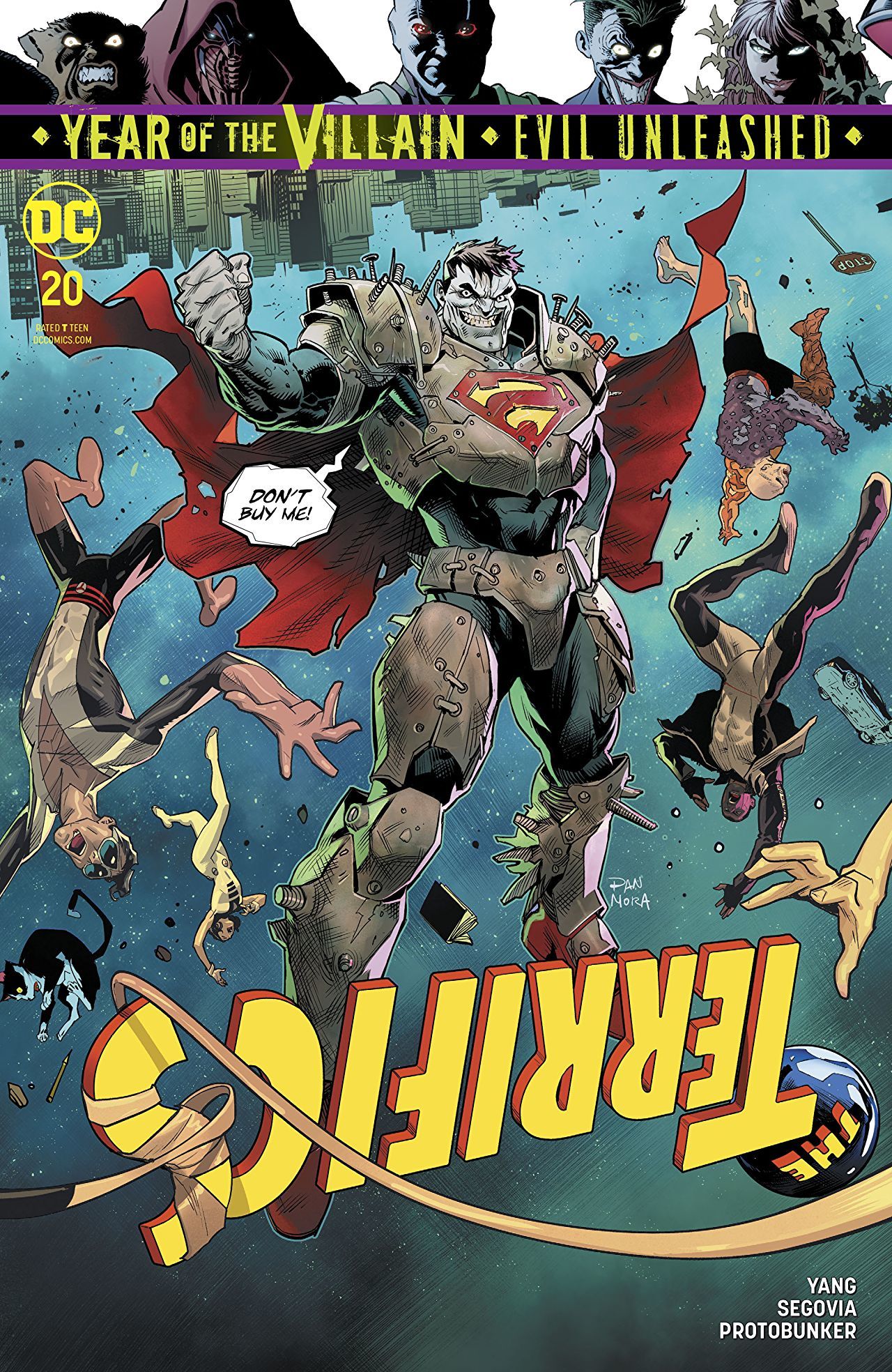 If me could turn back time…

Who would have ever thought that an iconic Superman villain would be just the perfect match up for the Terrifics? Yang spent all of issue 19 explaining all of the machinations and motivations for Bizarro assembling the Terribles and journeying across the multiverse to confront the Terrifics, but out all of the dimensional hopping done in the series so far, this has quickly situated itself in my heart as one of the best starts to an arc. Although, this is also certainly helped by the fact that this is a surprised sequel to one of my favorite Superman arcs in recent memory as well.

After the last issue’s exposition, Yang immediately jumps into combat and Segovia and Peeles do absolutely stellar work with the pencils. Mr. Terrible’s wrecking globe, Change-o-Shape’s incessant narcissistic shape-shifting, Disposable Man’s endless supply of disposable limbs, and Figment Girl’s strange materialization of imaginations are utterly bizarre (even by Bizarro and Terrific standards), but the visuals are grossly engaging and clearly telegraph the inverted power sets. In a single splash page, we get the essence of our primary antagonists which satisfyingly sets the stage to give our protagonists and Bizarro proper time in the limelight (or indigo darkness to invert the phrase). 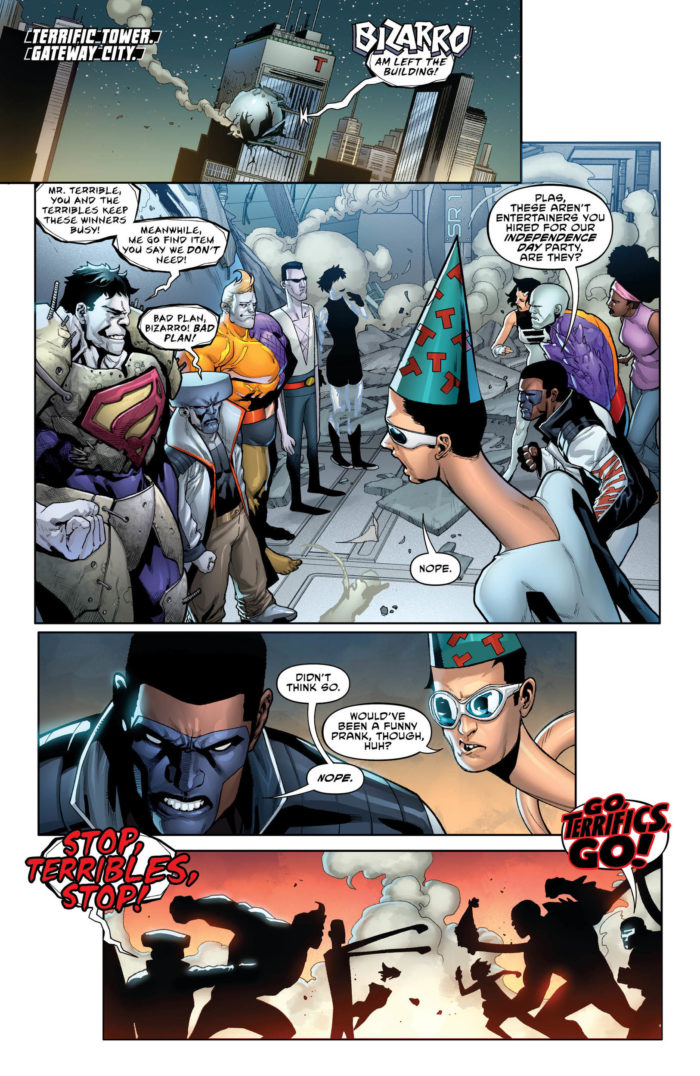 And we can’t even talk about the truly wild moments that happen in the back half of the book because to spoil any part of that would be a crime. Yang brilliantly implements callbacks, nostalgia, self-reflection, and self-aware parody to create such a vivid landscape and narrative, and this is very clearly a mere peek into the madness that is to follow.

The Terrifics #20 succeeds in all the right ways as a follow up to its immediate predecessor, its preceding arc, and as a standalone introduction to a veritably trippy arc. It’s a masterful example of visual story-telling and a truly comic book type comic that embraces the past to show a promising future.

9.8 “Totally Acceptable Uses of Time Machines” out of 10