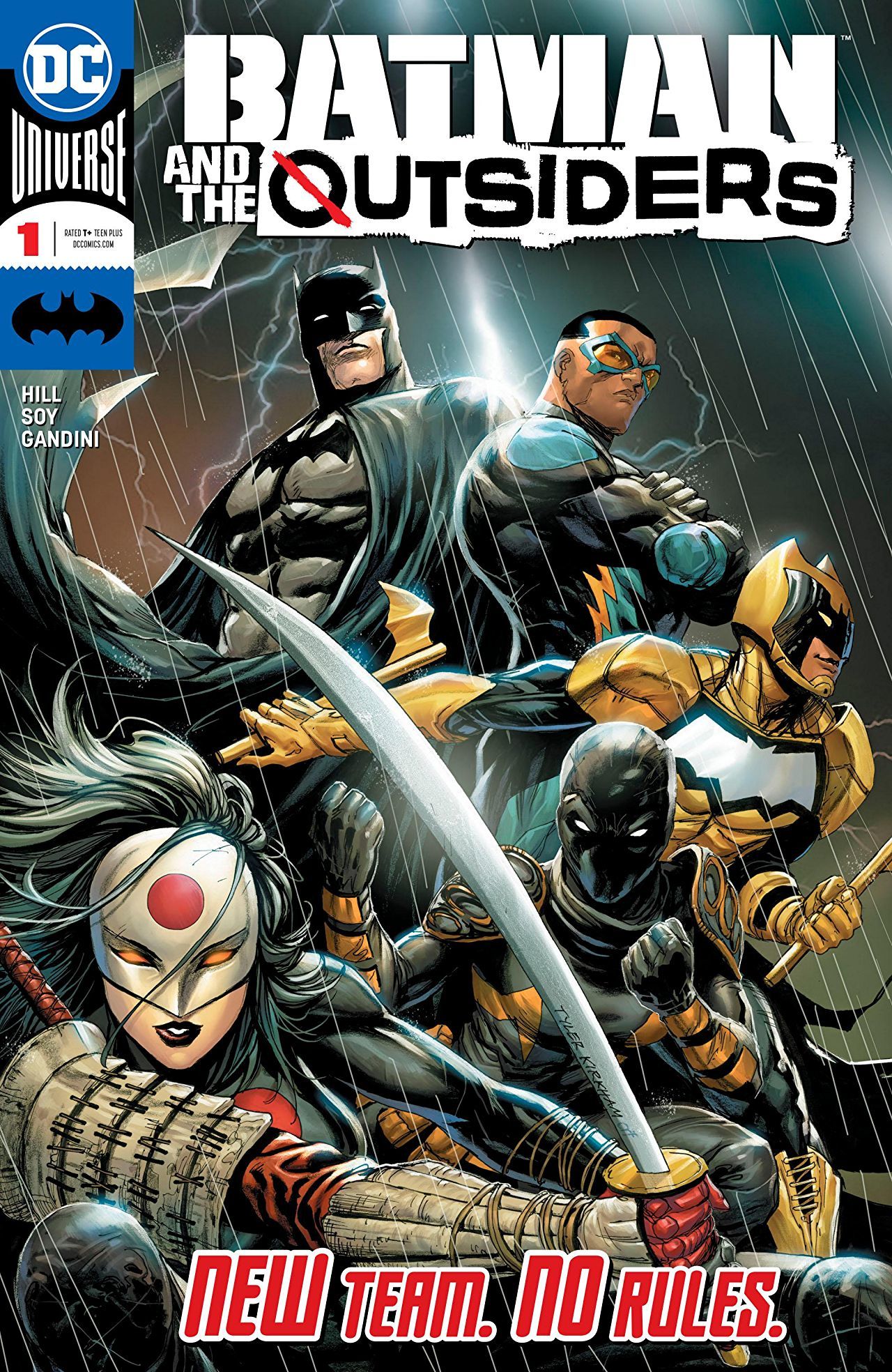 I know what you’re going to say: do we need yet another Batman comic? We have had so many, and it is a quite the saturation especially when you consider the larger Batfamily comics in play. With that said, none of the books features Signal a.k.a. Duke Thomas or Orphan a.k.a. Cassandra Cain under the tutelage of Black Lightning and Katana, so I think I’m fine with yet another comic with Batman in the title. And it certainly helps that Batman recognizes in the story that he’s not entirely needed with this particular team dynamic.

Spinning off of Hill’s “On the Outside” run that started in Detective Comics #983, Batman and the Outsiders features the recently formed team testing out their dynamics. Signal and Orphan don’t trust Black Lightning as their new team lead. Black Lightning doesn’t know how to lead. And Katana is very much determined to get Black Lighting ready to lead.

Hill has already shown his understanding of the characters, and the team is still feeling the effects of going up against Karma. He does repeat some familiar beats from the original run, but that can be forgiven since this is the start of a new series. Jefferson Pierce’s uncertainty in Bruce’s machinations is played realistically and does set up some decent banter with Katana later on. The true draw is getting more screen time with Signal and Orphan, who get time to get some great humanizing moments before the action kicks into second gear. 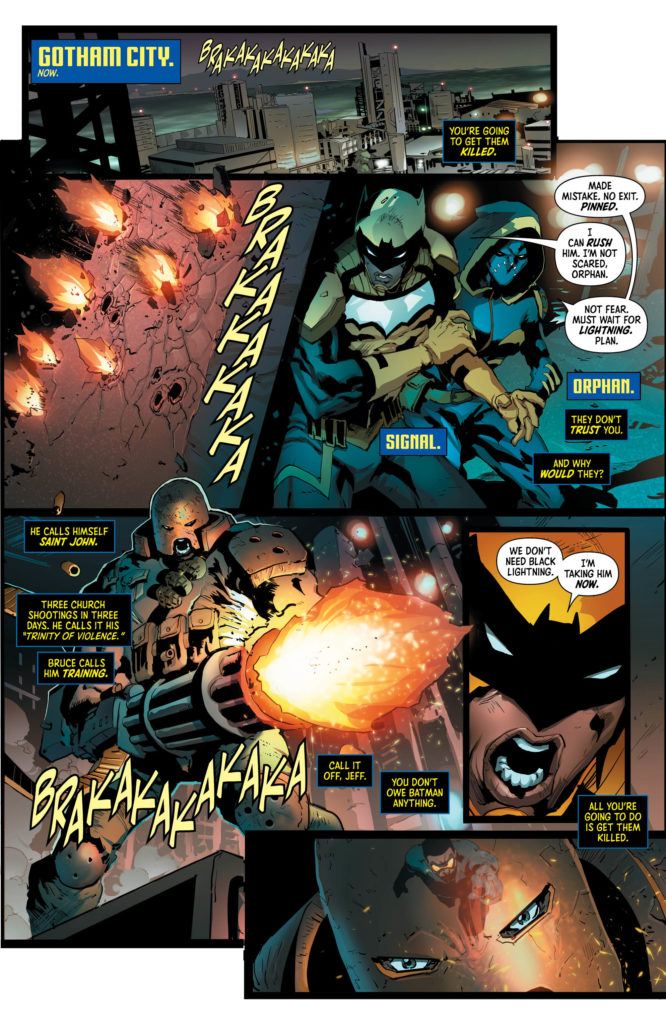 Soy’s artwork is a good match for the Outsiders. There’s equal opportunity fan-service with the tight costumes, which gives me some pause, but Soy’s depiction of Gotham provides some fantastic panoramas and incredible action scenes. The movement between panels work incredibly effectively, and flash and flare works for the heroes.

I like Bryan Hill. I like Batman, Black Lightning, and Katana. I love Duke Thomas and Cassandra Cain. While I can understand if there’s some fatigue, I’d ask that you take a chance on Batman and the Outsiders #1. Both Hill and Soy are clearly pouring their heart into the ensemble, and it’s on track to be a memorable run.