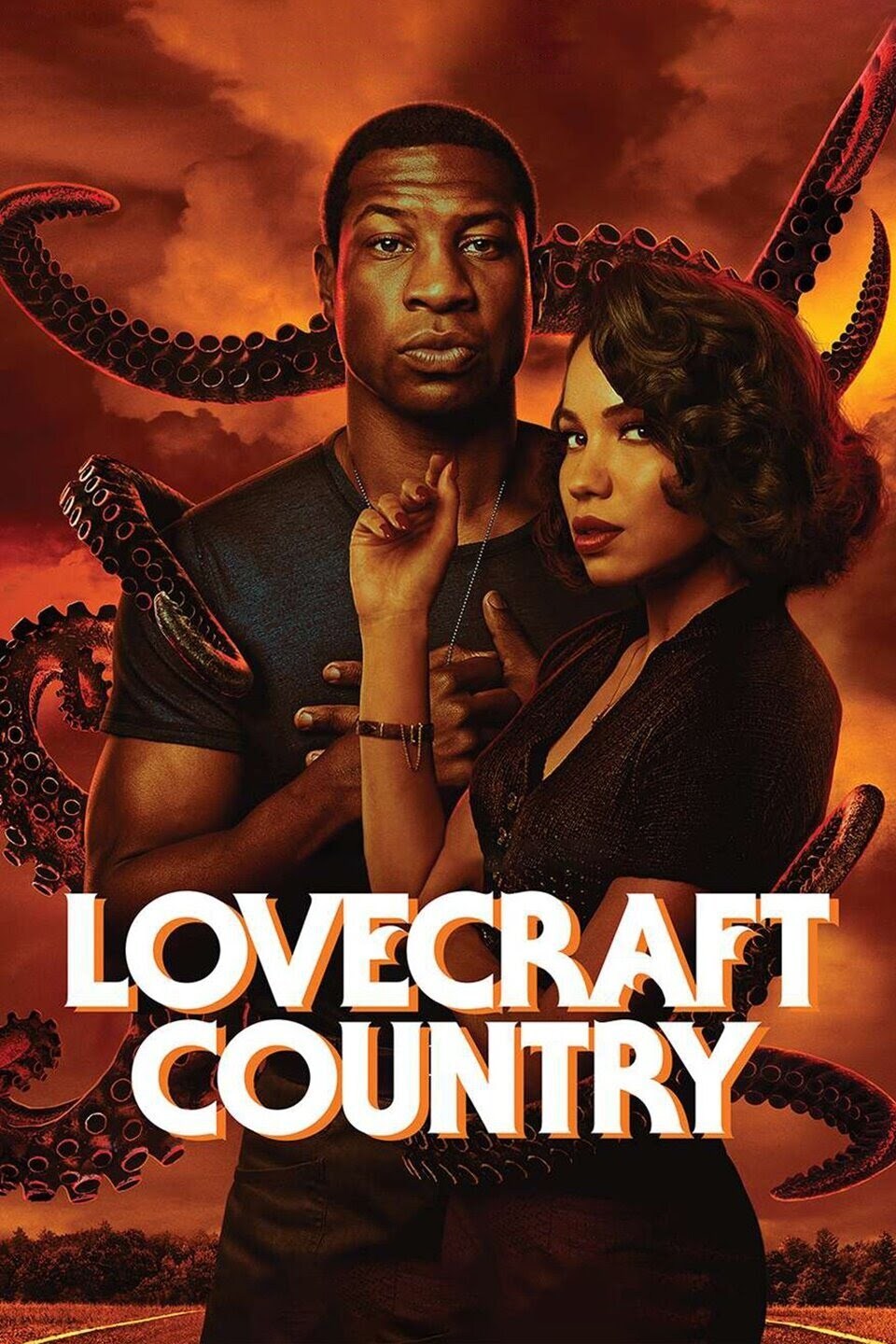 Lovecraft Country is haunting perfection. A masterpiece that thrusts you into the bone-deep stages of fear but that you cannot and (should not) look away. From one episode to the next you are put off yet sucked in at the same time. You’ll have so many questions but not want to ask even one. You’ll want the show to make itself known to you as the lore unfolds, you’ll want to take notes, want to uncover the mysteries with the cast, and mourn them as well. It’s an easy binge that sits with you long after. As a person of color, it will spur a conversation in your body centuries old. No worries though, this review will be * spoiler-free * and wouldn’t even know how to give more than the tip of this iceberg.

The Mirage: Whitey on the Moon

As mentioned in our review of the pilot episode, our characters are traveling a long way to find the father of protagonist Atticus Freeman, played by Jonathan Majors (David, Da Five Bloods). To correct my previous statement, not driving through the deep south –  but traversing the midwest toward the northeast from Chicago to Massachusetts. It was so easy to mistake this bigoted and racist ride to New England for one below the Mason-Dixon. We sometimes forget the spread of racism and it’s blanket over the entire country. There is an instinct to characterize racism as southern, but it’s everywhere.

Once introduced to the monsters that are men, the beasts do not stop but wear different skin altogether. We run into some pivotal characters – the Braithwaites, Christina played by Abbey Lee (The Dag, Mad Max) and her father played by Tony Goldwyn (Fitzgerald Grant, Scandal). After a terrifying night in the woods the three travelers, Letitia Lewis played by Jurnee Smollett (Rosalee, Underground), Atticus, and uncle George Freeman, played by acting legend Courtney B. Vance (Seaman Jones, The Hunt for Red October) arrive at the sprawling Braithwaite manor in the middle of nowhere. The trio is greeted by a blond hair blue eyed gentleman named William played by Jordan Patrick Smith (Ubbe, Vikings). He has a certain ‘better than you’ air about him, and doesn’t have much information for our travelers, except for that the Braithewaites were somehow expecting them.

Atticus is on this journey to find his father and satisfy a deep-seated curiosity around his family birthright, whose roots are wound within Devon County, Massachusetts. The white folks here are creepy with a long history and an agenda that feels very skull and bones. Once the biblical references begin a new, more familiar and ominous tone is set. One set in a universe of fantastical elements and American racial history – tied directly to Atticus Freeman.

The second episode rolls you down a hill until you are unable to see your terrain. While tumbling you don’t try to stop. Instead, you are obsessed with knowing what waits at the bottom of the hill. When you find out, you still don’t understand it – and wonder if any of it was even real?

Set This House In Order: History of Violence

If episodes one and two take you up the hill then down, episodes three and four take you for a long walk down a haunted block. Bringing you to one of those houses in horror movies that whisper as you walk by. Yeah, we’re about to go in there. The pacing of the third and fourth episodes makes it clear –  this show makes it to the Halloween watchlist! Giving me Tales From The Hood vibes, but make it Lovecraft. I was about ready to see Mr. Simms on the front lawn. It gave me life! Creator and writer Misha Green brings forth historical terrors on Black and Brown people and wraps them in a Lovecraft-inspired imagination that brings in the ancestors. Green blends the adventure of Indiana Jones and the horror beats of Poltergeist in equal proportion with blackness through and through. All the things my blerd soul desires!

Ancient languages, secret orders, racist atrocities all come to light. We get to see the folks for whom rage is the only outlet. Let me just say, when the rage overfloweth, Jurnee Smollett cannot be stopped. A scene I would watch over and over again, where the sheer vengeance ran like a well-oiled machine. A moment where Black folks were ready to take it there and take care of each other in the process. A certain racist action gets handled with expert precision, in the moment planning and resolve. Breaking windows and disposing of the evidence as the police arrive. So smooth it had my heart a-flutter.

The acting performances are disgustingly good. I am upset and appalled at how good it is. Jurnee Smollet rips everything from the pit of her stomach to the forefront. Range from levity, rage, stubbornness, uncertainty, and conflict. She been in the game a while so I get it, but dang, girl. Jonathan Majors is CUT for the Gods and delivers us a character we’ve always wanted to see in all of our Black and Brown stories. A bookworm, blerdy, and hard-headed but in the right direction. A human being. Not meant to serve as a metaphor but to exist in the story in all the ways we exist. Each character is full and whole. From Aunjanue Ellis’ ‘Hippolyta’, wife to George Freeman – a smart and strong-willed Black woman whose eyes map the stars. To Ruby, the talented pillar of her family, played by Wunmi Mosaku (Detective Sgt. Catherine Halliday, Luther). Ruby, Letitia’s sister, has an aesthetic that reminds me entirely of one of the singers Elvis stole music from – Rock and Roll Hall of Famer Ruth Brown.

What the women of this show bring is arresting. I feel seen and heard, even as circumstances within the plot seek to silence them.

Michael K. Williams (Chalky White, Boardwalk Empire) plays Atticus’s father, Montrose Freeman, and gives a striking performance. You can see in his eyes the places he went to draw up Black pain, the contradictions of Black masculinity, and the tortured intersection in which his character exists. His turn is turmoil with rare moments of flair or freedom.

Who is this Matt Ruff? How closely does the HBO show follow the original novel by the author of the book? Matt Ruff is an American author of German descent, so I’m thinking, ‘did he grow up with predominantly black people’? Is he a historian? Is this Damon Lindelof’s cousin or something!? There is not much to tell of Mr. Ruff’s background but that he lived and grew up in New York City. He went to Cornell University and had some very influential authors for professors. I was inclined to believe the book was very different from the show. That maybe it touched on some of these issues, but in reality, the changes made were largely to add the elements of race into the television show. I decided to get the audiobook and so far chapter one follows pretty closely to the HBO show. Who is this man?

But the real one we should be speaking about is Writer and Creator Misha Green. Coming off of the critical success of the WGN gem Underground she has taken this novel and given it some real wings. Her scripting and writing prowess is what gives Lovecraft Country life. I can intuit that Green’s personal connection and experiences are grounding her in this show. Although I do not know her, so much about the show speaks in her voice. This work is something to aspire to. Sitting with my head in my hands in my living room asking why are these people so talented. The clarity of vision and ability to bring it forward so firmly. From the paper to the screen you see the craft at work. I found myself writing quotes as the episodes went by. “I am sick of being interrupted.” Ruby declared it and I felt that as if the thought was conjured in my own mind at the same time. Where they do dat at?

And big ups to the producers who see the talent and give the resources and support where it’s due. These days we don’t really expect anything less from Jordan Peele and JJ Abrams. For horror/sci-fi viewers often wait to be shocked or surprised but this still manages to drag you off the deep end. Usage of today’s music like Cardi B to Rhianna – got my full attention. Add to that the layering of scenes playing out with James Baldwin’s words as the backdrop. Letting the images speak and Gil Scott Heron’s poetry set the scene, just brilliant. Nina Simone rings and For Colored Girls shouts, this is the work of art that is Lovecraft Country.

Episodes begin airing on HBO and HBOMax on August 16th. 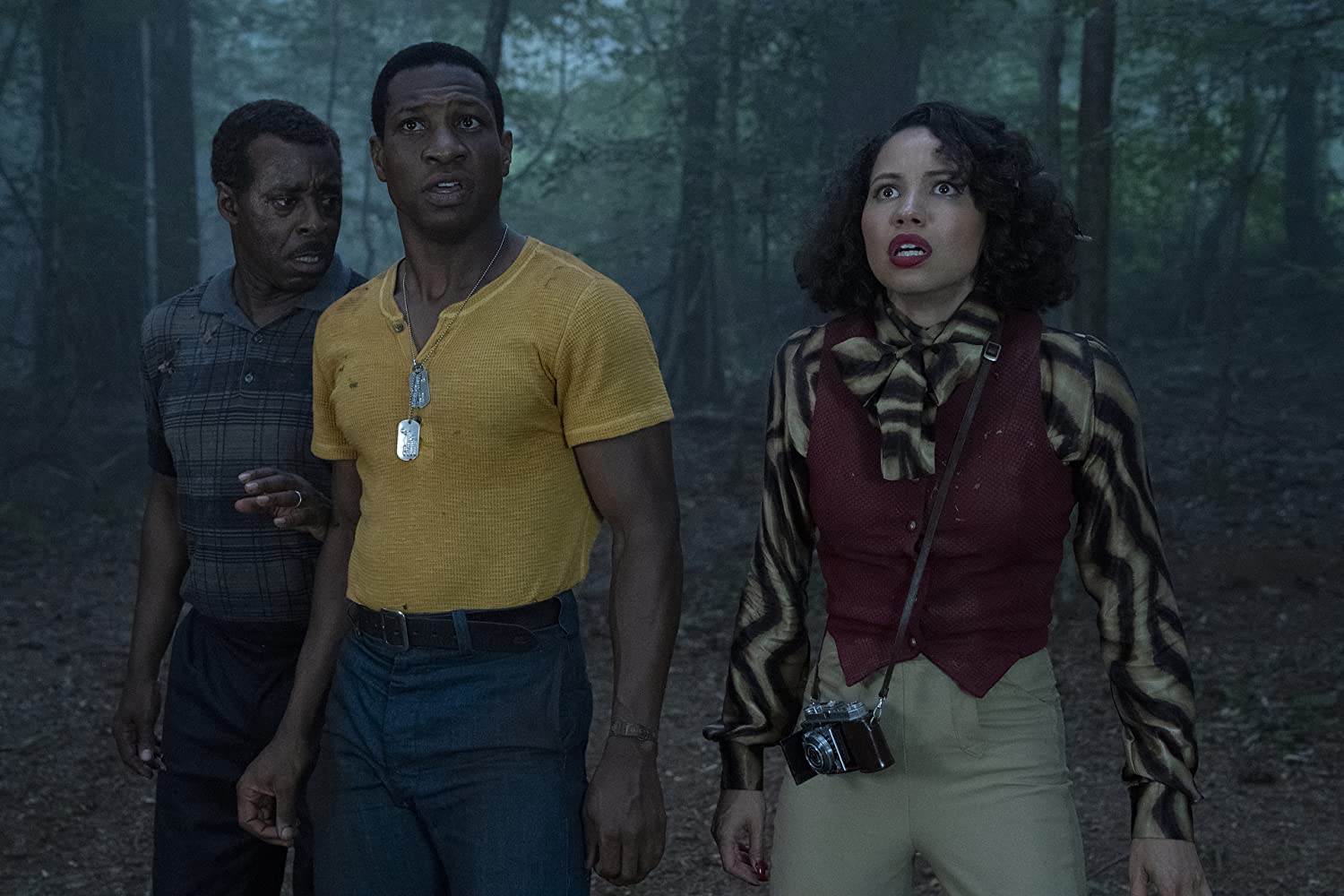