Look, after a week off from the show, I was not ready for Gambi feels. We start out by watching Gambi travel across town for some Japanese fruit. He converses with the nice shop owner in Japanese, and ends up getting his fruit for free because he is that nice of a dude. While rolling home, Gambi notices a couple of young thugs in the SUV next to him and books it when they begin shooting at his tricked out car. Yeah, Gambi rides in a “Nick Fury-esque” mobile (I know this is DC, but my point remains) that is bullet-proof. What it isn’t is explosion proof. Gambi veers off the road, flips his ride and ka-boom! We don’t see a body, but the situation looks pretty hopeless.

Even so, Jefferson doesn’t seem to believe that Gambi is gone. After he gets a visit from Detective Henderson, he tells Anissa not to doubt Gambi’s “contingency plans for contingency plans” and walks off with a secret smile. Jefferson also gets all worked up when Lynn tries to give him Gambi’s special pocket watch, eventually getting into a bar fight and then crying his drunk eyes out in Gambi’s shop. 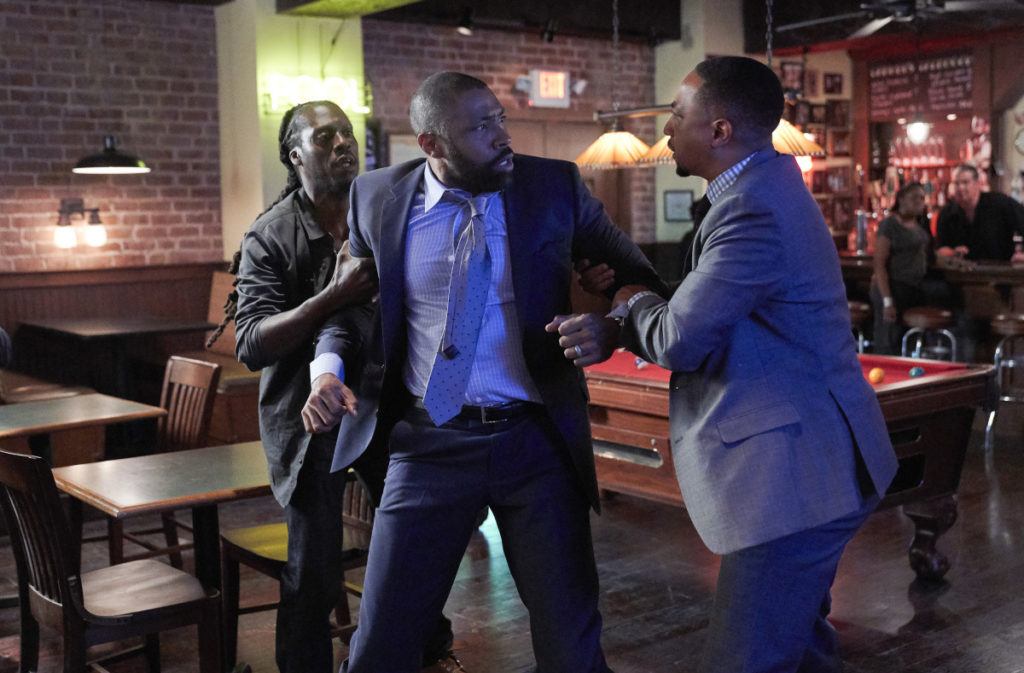 None of the Pierce’s are okay. Jenn and Anissa also take the news of Uncle Gambi’s death badly. Anissa goes straight to hot bartender Grace’s house for a post-mortem booty call and Jenn seems more susceptible than ever to Khalil’s constant texting. The only sane person in the group is Lynn, who low-key begins to plan a ceremony to honor Gambi’s life, even though Jefferson tells her not to. I’m not sure if he’s actually dead, but the fact that the show is using Jefferson’s hope for just that exact scenario makes me less hopeful. If that makes any sense. 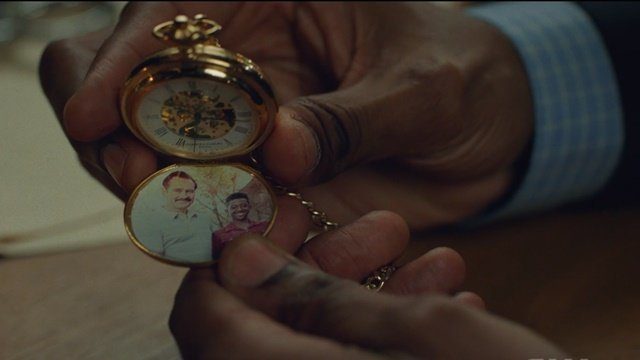 As per usual, the 100 and Tobias Whale are up to no good. Unfortunately, Khalil is smack-dab in the middle of the nonsense. While I had hope for this boy, it seems he enjoys his role in Tobias’ little fucked up family dynamic. Khalil solidifies his place at Thanksgiving dinner by kidnapping a local councilman and helping Tobias blackmail the guy. Next thing we know, Council dude is up on the TV, talking about an “anonymous donor” giving money to the clinic to move out of the hood into a better area. Tobias pays someone to leak his name at the press conference, and suddenly he’s the good guy. Ugh. Also, I may be wrong, but isn’t the point of a neighborhood clinic to help those who are in need? Pretty sure a swanky suburban area isn’t the place for a free clinic. Tobias is a real creep, y’all. I don’t know what he’s up to, but it can’t be good.

In the meantime, Anissa continues to work on figuring out what is going on with the 100. She takes a job at the clinic and meets a couple who are having a baby. The dude is completely freaked out and rude to Anissa, but she doesn’t think much of it at the time. Later on, he stumbles into the clinic bloody and bruised. He asks Anissa to watch over his child right before he dies at her feet. As the police and medics are surveying the scene, he begins to bleed what looks like metal alloy out of his face. Ummmm okay. This isn’t the first weird thing to happen in Anissa’s vicinity, either. After her booty call with Grace, in which Grace asks Anissa to promise not to hurt her (spoiler: she can’t), Grace’s skin starts scaling? Up? Not sure what is going on here, but Grace seems to be familiar with the process, hides it from Anissa, downs a bottle of water and some pills and that’s it. Looks like there are more meta-humans out there, or at least folks with strange meta-symptoms. 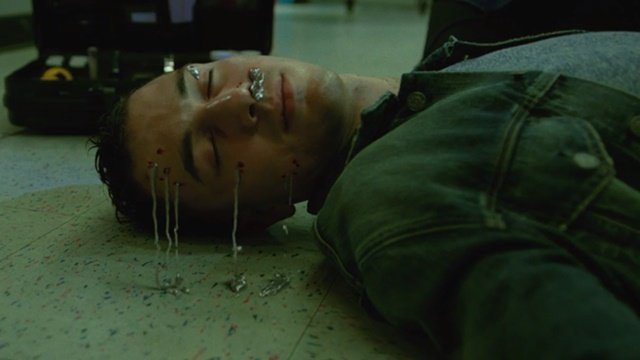 In reality, things are not looking great for the meta-humans or the pod people. In the lab, Lynn and Dr. Jace are working on a potential cure that will allow them to leave the pods. Lynn has a formula worked up and, with the encouragement of her crazy sidekick, injects them all with the serum. Unfortunately, a bunch of them die straight away. Dr. Jace’s take is, of course, sideways AF. Lynn is pissed, calls security and has Jace dragged away, but not before she let’s off an iconic line. 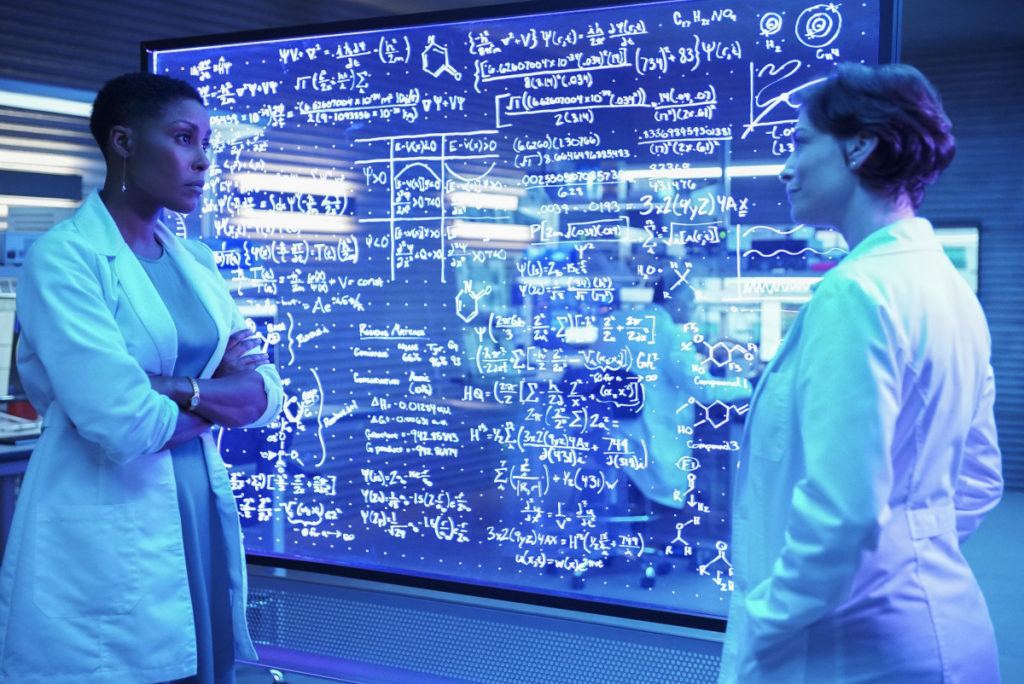 Finally, we find Anissa traveling a dark, lonely road, looking for someone named Anaya. She gets pulled over, which is incredibly dangerous for a Black woman anyway regardless. The dude who gets out of the cop car is a thick, white, angry looking fella who may or may not have a meeting planned later with his pointy-hooded brethren. Anissa is understandably freaked out, and even more so when she notices something scary and unidentifiable scurry past her car. What she doesn’t notice is the wormy things crawling underneath this cop’s face. She skurrt skurrts outta there with a rousing, “Aw hell nah,” but we don’t see the cop or his companions follow. Not sure what is going on here, but the meta-weirdness seems to be overflowing in this episode. Can’t want to see what happens next.