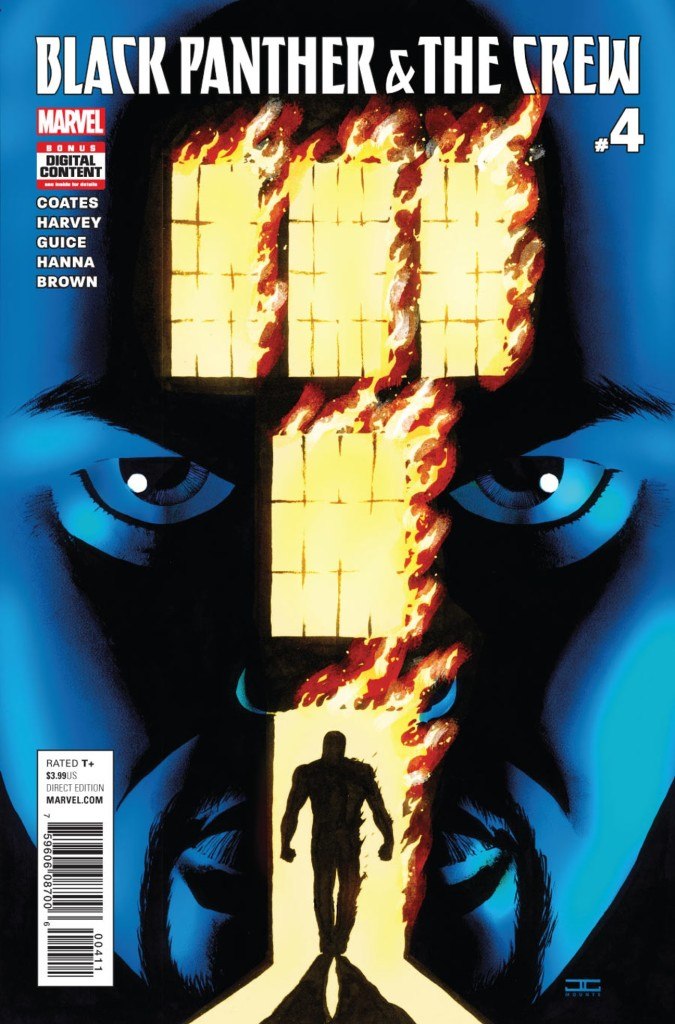 Listen, I’m telling you that you’ll be hard pressed to find a series that is able to blend elements of The Wire, social commentary, great dialogue, detective drama, and action all in one series — let alone one issue. Black Panther & The Crew continues to be the bar for storytelling. Slowly but surely more characters have been added to The Crew and as we saw in the last issue, Luke Cage is the latest challenger to step forth. Before we get into Cage’s appearance we gotta note that all these flashbacks of Ezra Miller and his compatriot’s life in their mission as The Original Crew continue to be a great opening segment for this series. 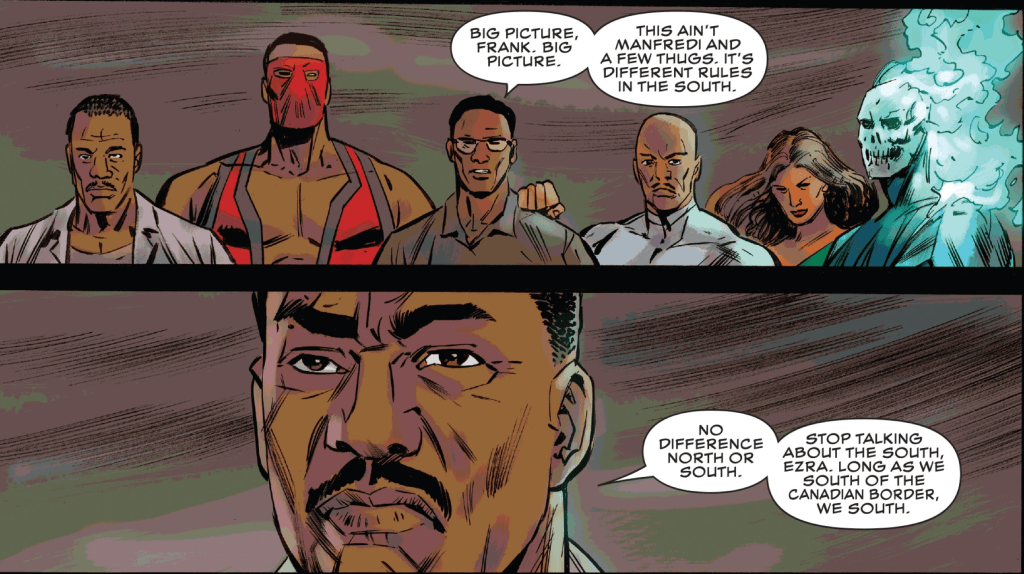 In the present day, Luke Cage is narrating bits and pieces of his relationship with Ezra Miller. We’re lead to believe that Cage knew about a few of Ezra’s past missions to a certain degree. We see that Ezra was a huge influence upon Cage in his transition out of his Hero For Hire business and mentality. Harvey and Coates give a great look into Knight and Cage’s friendship and understanding of one another as soon as Cage appears. The reader immediately understands the type of friends they are as they banter carefreely during a pretty intense moment (Cage’s building was just blown up), which in turn flips as they dig deeper for clues. We’ve never seen Cage and Knight in such a detective element as opposed to fighting side by side.

Then Knight starts investigating the AmeriCops relation with the recently discovered Hydra properties as well as asking a series of questions and making some realizations. Harvey and Coates have Cage pretty much finishing or continuing Knight’s thoughts, or highlighting key points. Their dialogue with one another and at the AmeriCops owner during that interrogation shows just how comfortable they are with each other and the dynamic Cage plays to Misty when she’s doing her detective work and smells blood in the water. 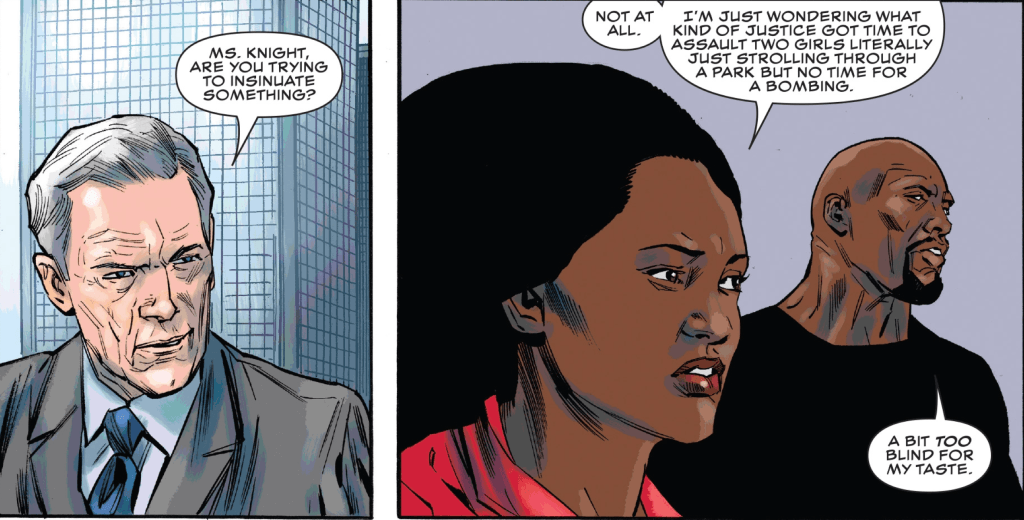 The art is a little rough at moments on the facial features but there are other moments where Guice has these characters lookin’ like they back on their ol’ bullshit. When Luke Cage lands like The Terminator after jumping from his building being blown up? I was like, Oh. Oh, Cage back on his ol’ dumbshit. The action scenes look so street and raw, which I truly enjoy with the artwork. Man, this series is looking like it is going to be another cult classic just like Priest’s original Crew incarnation. I dunno what the fuck Marvel was thinkin’ by not letting this shit breathe but they gone see the truth. Don’t sleep on Black Panther or The Crew y’all.

9 Wardrobe Changes for Luke Cage of 10