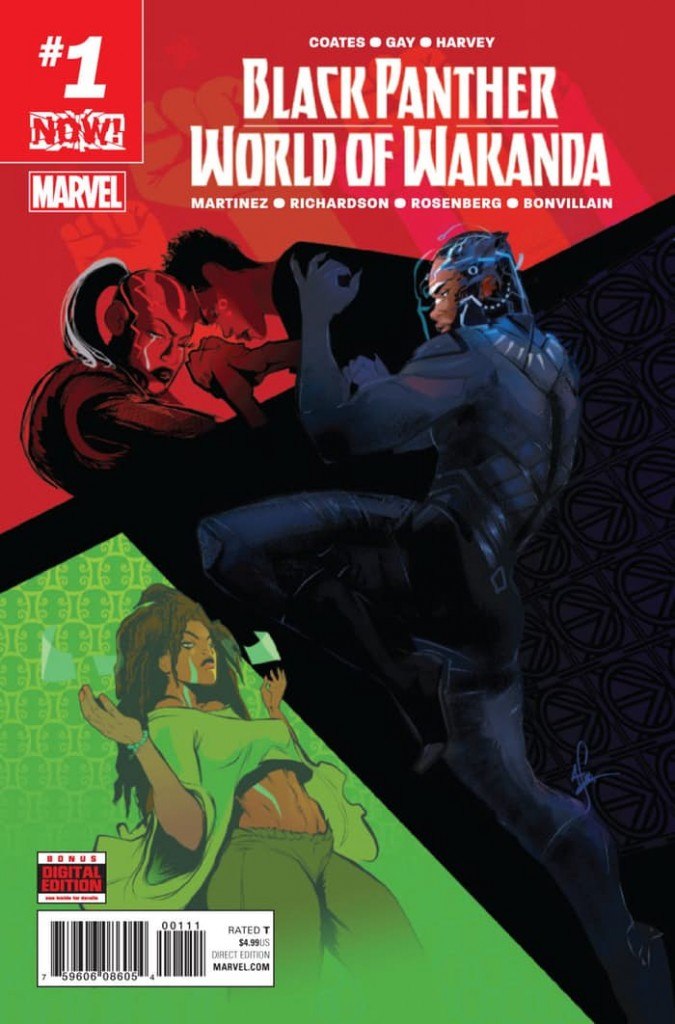 On the day that gave us a Gilderoy Lockhart presidency with the Dark Lord himself as his VP, Marvel dropped highly anticipated World of Wakanda. A Black, queer love story set in the country all us Blerds were ready to wake up in and the birth of a revolutionary that looks at the darker side of that paradise. And baaaabyyy I was ready!

We live in a culture with a dearth of Black superheroes. Now check for ones that are female and allowed to be strong and vulnerable, to be human. Now search the dredges for the queer ones who get to experience a full love story. We ain’t got enough of those. How many do we want? Alladem. And if you think folks was mouthy before, just you wait. Plus we get a team that departs from the usual lily-white sausage-fest we find behind the scenes of most comics? Bet. This book dropped RIGHT on time. 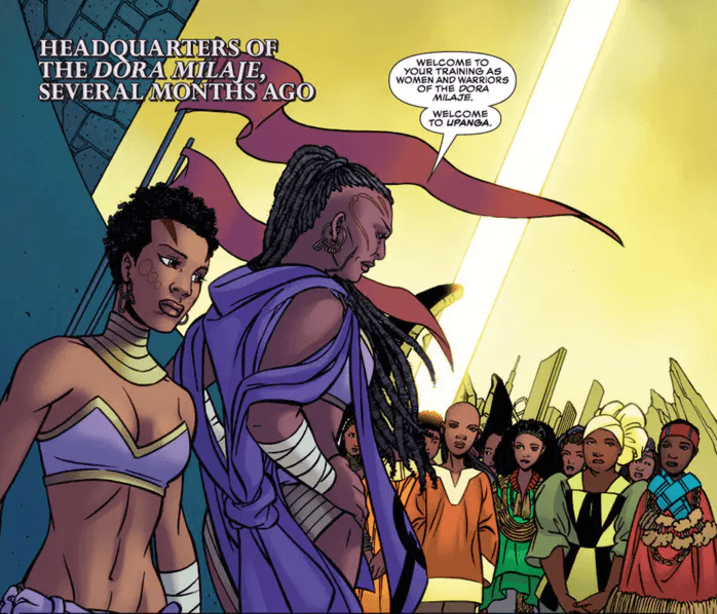 The primary story follows Dora Milaje members Ayo and Aneka as they fight and fall in love. Literary virtuoso Roxane Gay handles it with a deft pen. Characters don’t introduce themselves, we drop into their stories. This book runs on action first and foremost; clunky, stationary exposition gotta get on. If Gay fuels this car, Alitha E. Martinez speeds us through with her foot on the accelerator. Martinez’s art moves, energized in battle and in stillness. There’s a clarity of focus that tells you exactly what’s most important but a level of detail and nuance that doesn’t starve the eye. We get physically strong but not homogenous women and they’re allowed to be sexy without being objectified. There are moments between Ayo and Aneka where I swear sparks jump off the page but there’s nothing gratuitous or fan service-y about them. Praise. And the hair!

Martinez gives us so many hairstyles on these women AND they’re more than just squiggly outlines. There’s texture and depth and motion and fucking variety. Bless up. Rachelle Rosenberg’s colors pop and give a sense of lightness and hope to a potentially dark story. Some of the skin tone consistency gets a little loosey-goosey but we’ll see how that goes.

The second story drops us ink the middle of the origin story of Zenzi, a revolutionary set to topple Wakanda. Ta-Nehisi Coates and poet Yona Harvey tag team the writing for this one and draw us through with a much darker tone. Ayo and Aneka’s story has love at its core; this one has hate. It’s a powerful contrast. The brutality and loneliness of the story Coates and Harvey weave definitely makes you question any gilded perceptions you have of Wakanda. Afua Richardson’s art is beautiful in its cruel honesty. Frames of negative space and solo character shots feed into Zenzi’s story. We’re seeing this from her eyes and the art lets us experience every moment of her horror, hope, and heartbreak. It’s an incredible and visceral journey to take and I can’t wait to devour more. Rosenberg’s colors handles colors deftly here, traversing the entire spectrum without betraying the darker material. Things are bright in this world but it’s the harsh brightness of unprotected sun exposure. Zenzi’s world can nourish or it can kill. I can’t wait to see more from this story.

Y’all I’m dumb excited for more journeys through the World of Wakanda. This is my first American comic that I’m going to truly be following (maad enthusiastically too) and definitely the first one I’ll be reviewing. So the verdict for Issue #1?