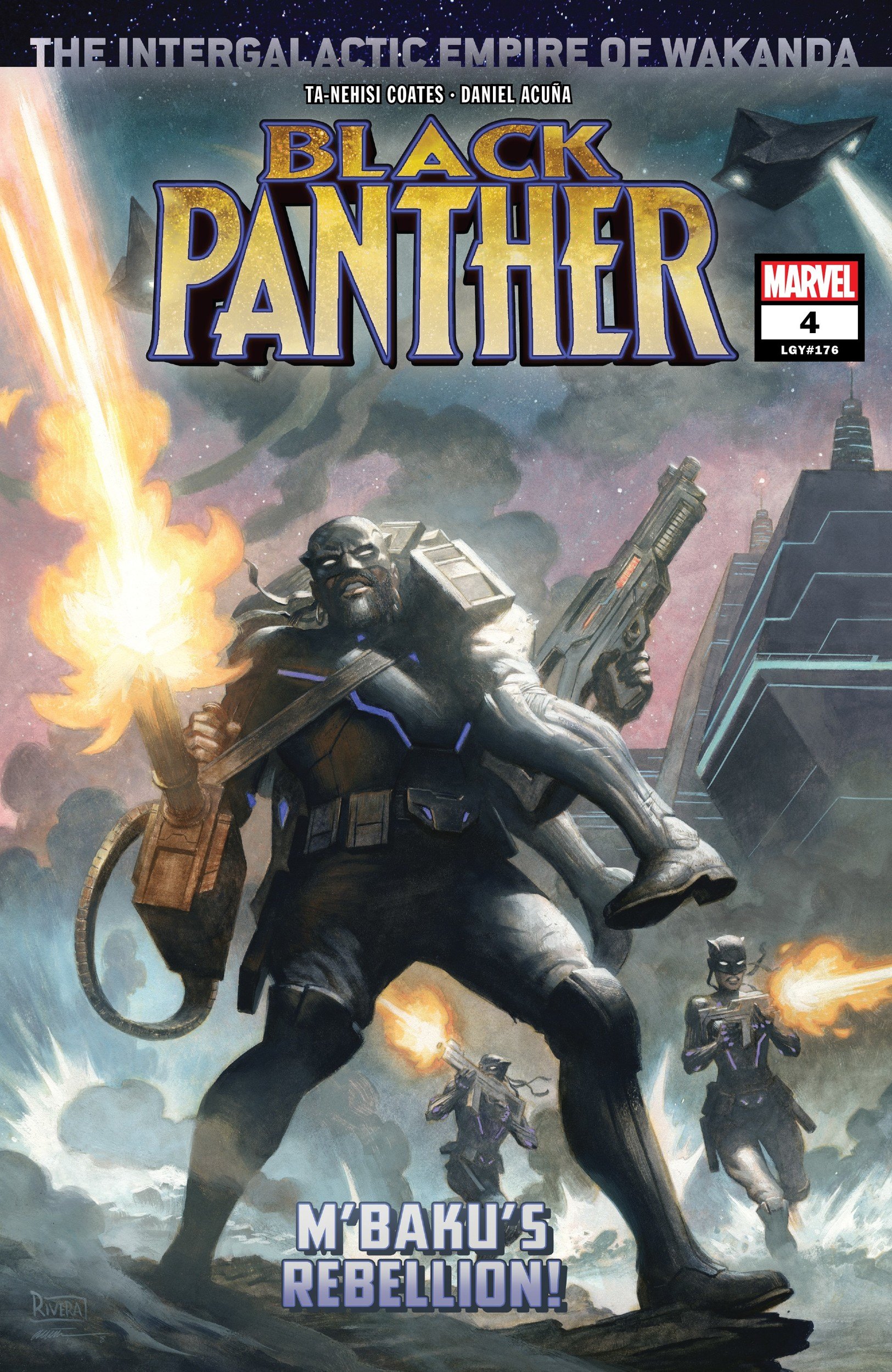 “There can be only one Avatar of Bast” – Emperor N’Jadaka

The fourth issue in Book One of the Ta-Nahisi Coates’ “Many Thousands Gone” storyline finds T’Challa and the Maroons fighting for their lives against the hordes of Emperor N’Jadaka led by the merciless mutant Manifold. Up until this point, the revolution of the Nameless against the Wakandan empire was preached and pontificated over to the point of redundancy. In this new installment, however, the rebels experience their first major casualty. This results in a shift in leadership and raising the stakes. Anyone who felt that Coates’ previous run on Black Panther was too cerebral and political can sit all the way down as this issue is pure violent insurrection and loss; it is The Empire Strikes Back’s Battle of Hoth meets the slave uprisings of Nate Parker’s The Birth of a Nation.

In the previous issue, Emperor N’Jadaka unleashed the might of his forces against one of the Maroon’s moon bases in order to destroy T’Challa. With his uncanny abilities and heightened senses, the once embondaged mindslave represents a threat to the Emperor’s power. Of course, the almighty Killmonger will not stand for any living symbols of hope against his intergalactic reign. The rebels can barely hold their own against the combined might of his Askari raiders and Massai fighters, but T’Challa and Nakia fight like a man and woman possessed by the spirit of Ogun.

Outgunned, outnumbered, and severely overpowered, the Maroons have no choice but to escape. Even their retreat is besieged by N’Jadaka’s forces. Although Maroon leader Nyami helps free M’baku from a certain execution by Manifold, the mutant is down — but not out. As the shuttles prepare to evacuate the Maroon squadrons, Manifold reappears to block the escape of the Mackandal: Nyami’s ship. Armed with a shoulder blaster, the one-time ally of T’Challa destroys the flagship of the Maroons; and with it, kills their leader, Nyami. In the fog of war, however, there is no time to mourn as M’Baku is forced to take command as the next in line. 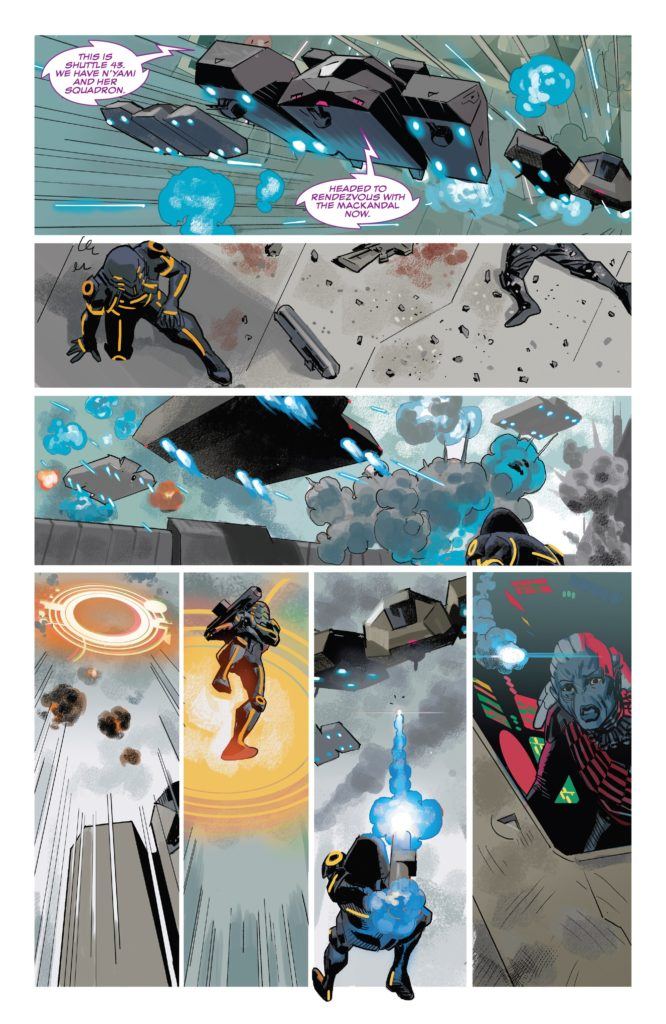 You. Yes, YOU. Why aren’t you reading Black Panther already? Stop reading this review and just read the series! Disappointed with the new Star Wars trilogy? Read Black Panther. Annoyed that “Blackkklansman” was basically reactionary propaganda? Read Black Panther. Whatever it is you are missing in Sci-Fi, Comics, and/or Afrofuturist speculative fiction, chances are Coates and Acuña have you covered with their intergalactic epic of insurrection. JUST READ BLACK PANTHER.