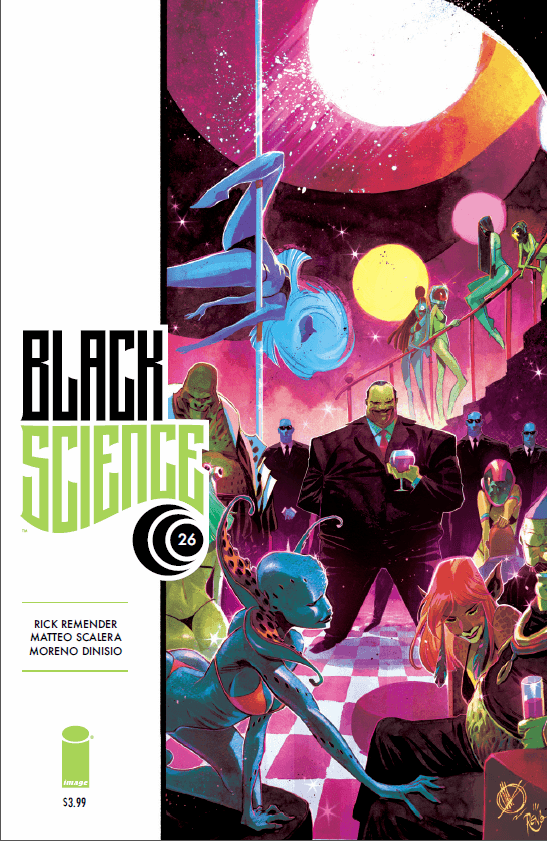 Here’s the thing about Black Science, I don’t know this many comics that can turn left this frequently and still have a coherent story line. The book began as ambitious as humanly (an inhumanly, as it would have it) possible, by punching through dimensions and showing us a sandbox that had no limits. And still, the story feels ways to firmly plant itself on a familiar ground and never make the reader feel they are being left behind.

It has been over six months since Grant McKay, former world’s smartest man, has been involuntarily held in a mental institution. Everyone or thing is trying to move on without him, except Pia, who is having the hardest time adjusting, mostly because she knows the truth about her dad and her brother, a truth that can’t get out to the general public. Pia narrates this issue as we are shown her maturity from the angst riddled and rebellious teenager. Now she’s just a angst riddled and rebellious young adult who has watched everything in her life either destroyed or diminished beyond repair. With her mother in a delusional and often medicated stupor, Kadir as her new step dad, and her brother somewhere out there, Remender does a great job of showing Pia set adrift. She does get a quest, that takes her to the other side of the world in a movement that will again, turn this book on it’s head. There is no status quo. There is no new normal in Black Science. Everything is negotiable. 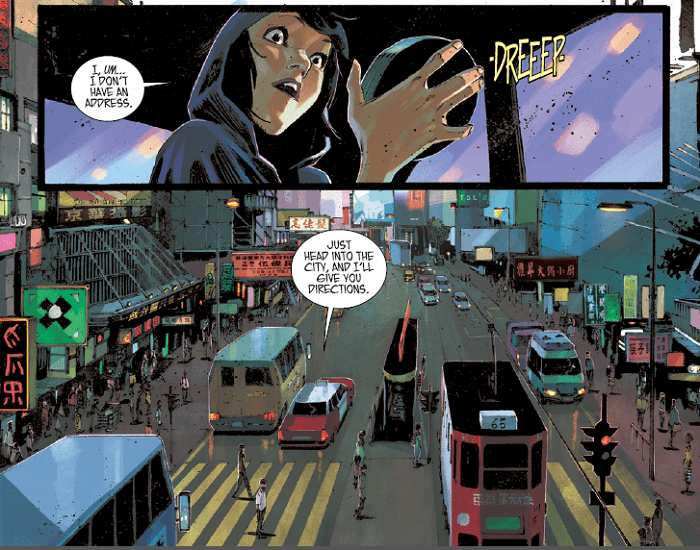 Scalera does a great job, even with the more limited scope of characterizations and scenery than we were formerly introduced with in this book. Even with less action going on, Scalera brings his A game with scripting conversations that still fill the page with tension and nervousness.

Black Science looks like its about to upend itself, again, and I’m all for it. This book has a way of widening its net frequently and still circling back to some familiar characters and situations that make the book feel hugely expansive and still rooted where we can find it.