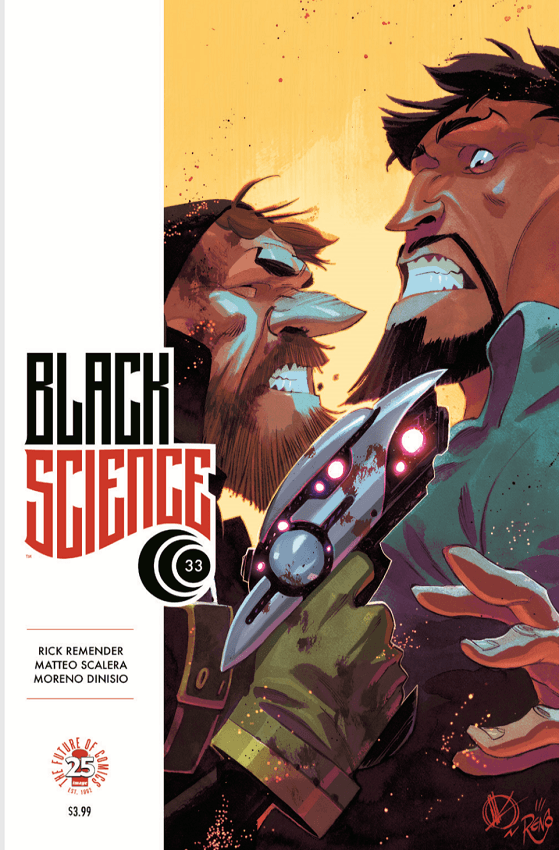 I’m not sure how it’s possible, but somehow, shit just gets worse and worse for our heroes? I guess we can call Grant and the gang heroes as we very clearly have a villain confirmed. After the confession of Kadir at the close of issue #32, we now know that your boy been dimension hopping causing all kinds of ruckus. I mean, there’s stalking and then there’s stalking infinite dimensions until you finally cuff another dude’s wife. If that wasn’t bad enough, his fix to inter-dimensional beings taking over the world isn’t ideal.

As you might imagine, the issue picks up directly after Kadir’s bombshell and McKay boys come to crash the party. As is the usual with this book, things always have another layer to them. If you expected it to be a simple Grant kicks Kadir’s ass, goodnight and good luck, then you’re not thinking big picture. This is a strength of the book, as no single event past or present is enough to undo all the damage. 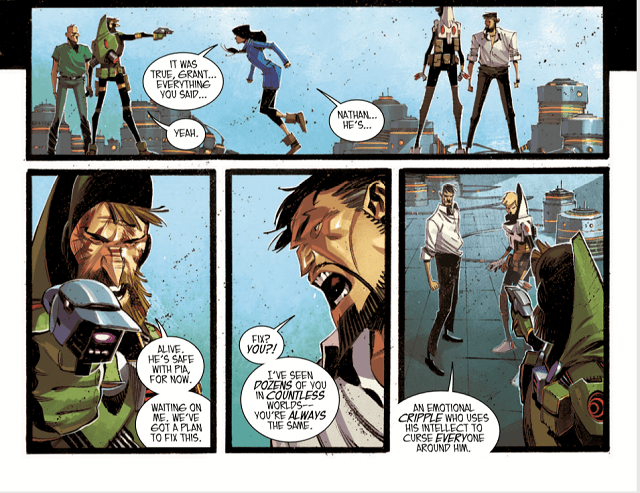 Scalera makes you feel the weight of all these events as well. The action is always moving froward with an organized chaos. There is no short supply of peril on display as well, with Dimensionauts trying to hold off invaders. In addition their plight for survival, watching the McKays fight against Kadir and Chandra is a worthy spectacle. The consequences of Kadir’s solution and watching how everyone deals with it is a physical treat. Some of the most ambitious panels that Scalera has pulled off. 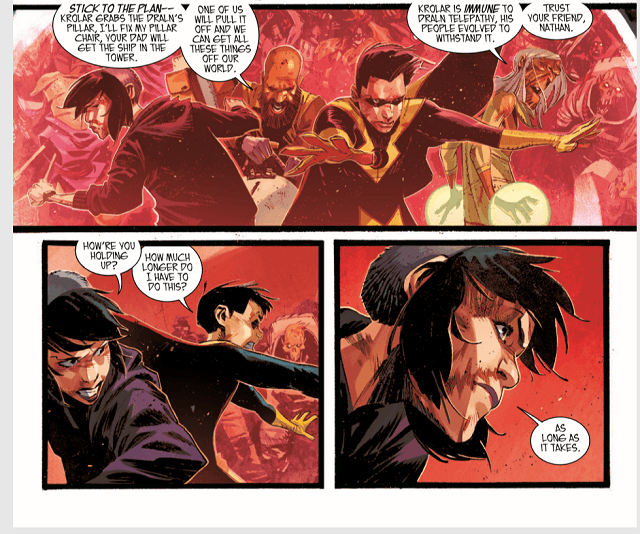 Black Science keeps barreling ahead, even after big bombshells that would serve as a climax. The story keeps upping the stakes. There are few stories that have me on the edge of my seat for the next issue, but Black Science seems to do this every issue.

9.1 Sliding Doors References out of 10