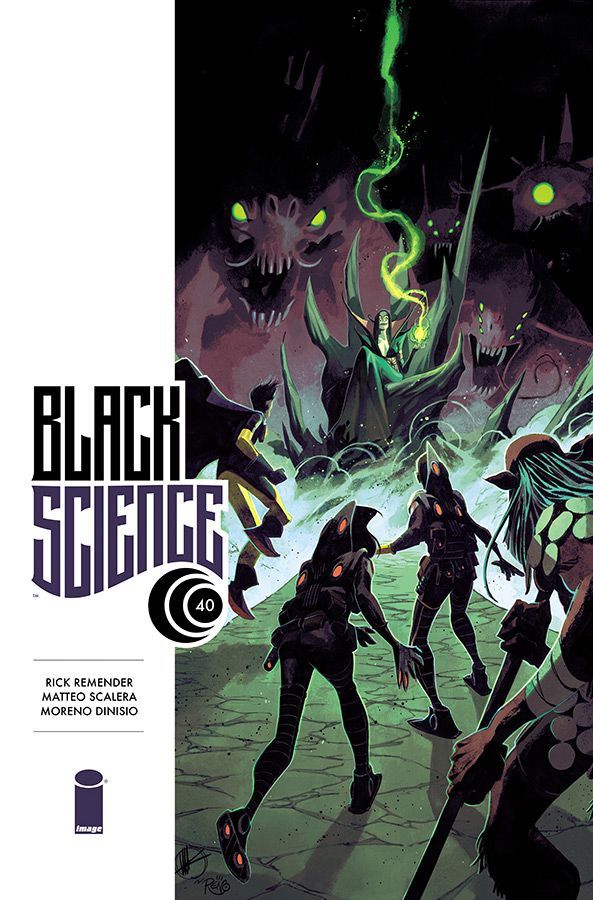 Rick Remender is doing the kind of S-tier storytelling that Jonathan Hickman keeps teasing on Twitter that he’s doing. There’s always been a lot to like about his sci-fi mindbender epic, Black Science, but now in the endgame….with only a handful of issues to go, that there are many more things to love.

Issue #40 picks up with Grant McKay and his dimensionauts planning an assault on the evil witch currently ruling all of reality. Remender manages, even in a fairly action heavy issue to keep these characters well thought out and still managing to throw the audience curve balls. I know me and my EOC (also an avid Black Science reader), it was interesting to look at how far Pia McKay has come as a character. In stories like this, the children often get overlooked or underdeveloped or forgotten about altogether. So, it’s nice to see the kids getting a say in how things progress. Remender throws a couple of curveballs at the end that leave jaws on the floor, thirsty for the next issue. 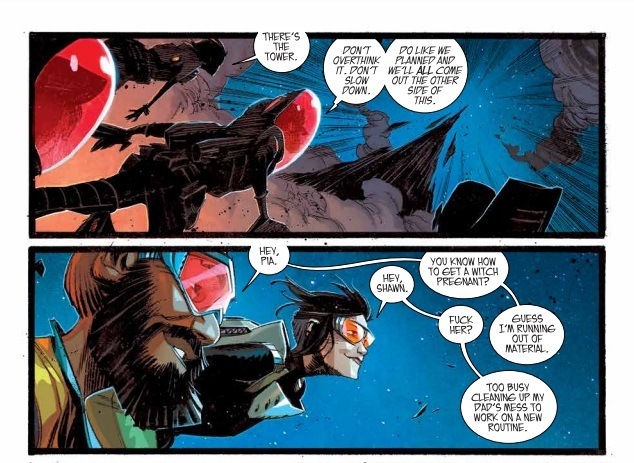 Meanwhile, Matteo Scalera’s art style has a gravitas to it unlike any other artist in the business and this book would simply not be as intense without it. The level of detail in the background as well as character expressions is impressive, but the way he manipulates his color palette is definitely laudable. As a day one fan, I can say without question that there has simply never been a single boring panel in an issue of Black Science.

Bottom Line: As the epic, universe spanning story nears its end, Remender and Scalera spare no expense in putting the pedal to the floor and delivering twists and turns at breakneck pace. Issue #40 demonstrates why this is easily one of the best books in comics.