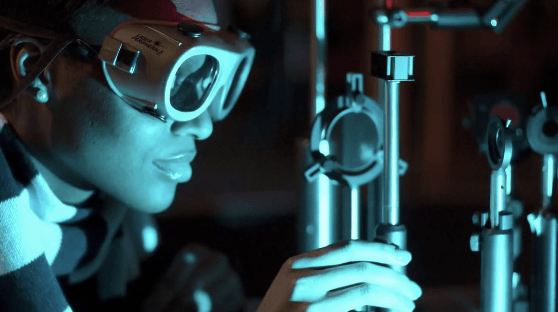 Afrofuturism is a kind of artistic expression that centers Blackness in the sphere of all things futuristic, using elements ranging from fantasy to magical realism to explore everything to do with the Diaspora. You can hear it in the music of Janelle Monae’s Archandroid and see it in a movie like Blade. The characters look familiar, though the times and technology are often far beyond our own.

But the future is now, right? I’ve heard that all my life, and for years certain technological advancements have born out that concept. Even though we’re not whipping solar powered cars through the airways of major cities, we carry supercomputers in our pockets, and some of us hold them with 3D-printed hands controlled by our brains.

So if the future is now, shouldn’t the same hold for Afrofuturism? Steve Jobs gave us the handheld computers of today, but who’s hard at work bringing us the tech of tomorrow?

Enter the Spelbots. Founded in 2004 on the campus of the historically Black women’s college Spelman, this group of young women made history the very next year when they became the first all African-American undergraduate girls team to qualify and compete in the International RoboCup four-legged robot soccer competition. In just one year they went from not existing to competing on a national level. The Spelbots had to engineer robots that could perform in a soccer match against other robots designed by students from various institutions.

The team was created by Dr. Andrew Williams to encourage students at Spelman to study robotics and mathematics. His idea has evolved into an important fixture at the college which now boasts a Spelbots Day, bringing K-12 students to the campus so they can engage with the humanoid robots, observe programming demonstrations, and simply receive encouragement and mentorship from young people who look like themselves.

The affect of the Spelbots’ representation can not be understated, and is underscored by the fact that S.T.E.M. (science, technology, engineering, mathematics) studies are critical for navigating success in the tech industries of the future, yet each field shows a paucity of women and African Americans in its ranks. The Spelbots made history again when they tied for first place in 2009 at RoboCup Japan, so we know the girls are good. But what if they wanted to get better? What if they wanted to make their robots smarter. Well they might talk to someone like Ayanna Howard.

What’s that? Who’s Ayanna Howard? Well, ever heard of the Mars rover? When Howard worked at NASA’s Jet Propulsion Lab she worked to design the next generation of rover, capable of independent processing and problem solving. That’s right. Ayanna Howard is developing A.I. But before she was designing machines that can think, she was a young girl inspired by advanced technology just like the Spelbots hope the youth they interact with will be. For Howard, her spark was The Bionic Woman. The popular sci-fi show of the 70’s starred Lindsay Wagner as a tennis pro who survived a skydiving accident and went on to receive artificial limbs that gave her super strength. Though Howard decided then, at 11 years old, that she would one day design similar limbs for people, her trajectory was altered when she learned about robotics and recalibrated her focus on engineering.

In her 2013 TEDEd Talk she covered the range of subjects she studied in order to make smarter robots. Child psychology. Infant development. Neuroscience. It all played a part in upping the I.Q. of her creations. She states, “The best way to make robots smarter is to mimic people.” The ways we learn, the ways we interact, and the ways we create and solve problems are all important for her work. And while creating problems seems like the exact opposite of what we want our robots to do, robots need to be able to anticipate how a situation might go wrong in order to avoid that outcome. And the best ones have to do that 250 million miles away from earth.

To prohibit her bots from creating any actual problems Howard incorporates Isaac Asimov’s Three Laws into their programming. These first appeared in Asimov’s short story “Runaround,” and later became popularized in the movie I, Robot based on his book of the same name. The laws assure that robots obey humans, not harm humans, and protect themselves unless it requires them to disobey either of the other two laws. So here’s a Black woman who grew up on sci-fi now developing Artificial Intelligence while borrowing programming parameters from a science fiction author.

In considering the implications of making robots smarter and more capable, other elements of I, Robot-like sentience, consciousness, and freewill continue to spring to mind as they relate to robotics. The great thing about Afrofuturism is that it can deal with all of these subjects and do so with characters that represent people who have historically been excluded from these discussions, stories, films, and labs. We exist in the now, but also in theoretical futures. 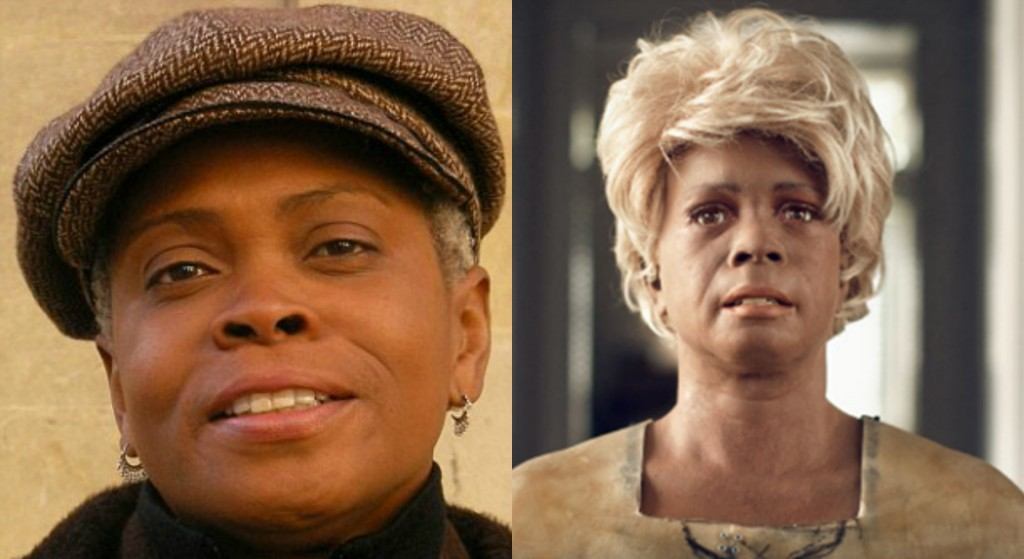 While Ayanna is helping to shape those futures, another is providing a model for it. BINA48 is an android created in the image of Bina Rothblatt, Compton native, UCLA graduate, and wife of Martine Rothblatt, a transwoman and founder of Sirius Satellite Radio. Bina co-founded the Terasem Movement Foundation along with her wife, created to research how human beings might transcend the limitations of humanity and mortality by downloading our consciousnesses into artificial bodies.

No this is not the plot of a new Nalo Hopkinson novel. This is going on right now, in real life. Perhaps in your own back yard if you live in Vermont. That’s where BINA48 “lives.” And as a model of what might be, however unimaginable, a possible future lives in her. Like some Cylon-Mitochondrial Eve, BINA48 may hold within it future generations of a yet unknown species. Maybe a species designed by young women like the Spelbots. One given intelligence by someone like Ayanna Howard. Perhaps even modeled in the image of Bina Rothblatt, possessing a mind much like her own. A species that will correctly trace it’s roots back, as we all should, to a Black woman. Sound a little too Afrofuturistic? It should. Like the best sci-fi, like the best literature, Afrofuturism holds a mirror up to reader, the listener, and the viewer. Now more than ever, the reflection looks like us.