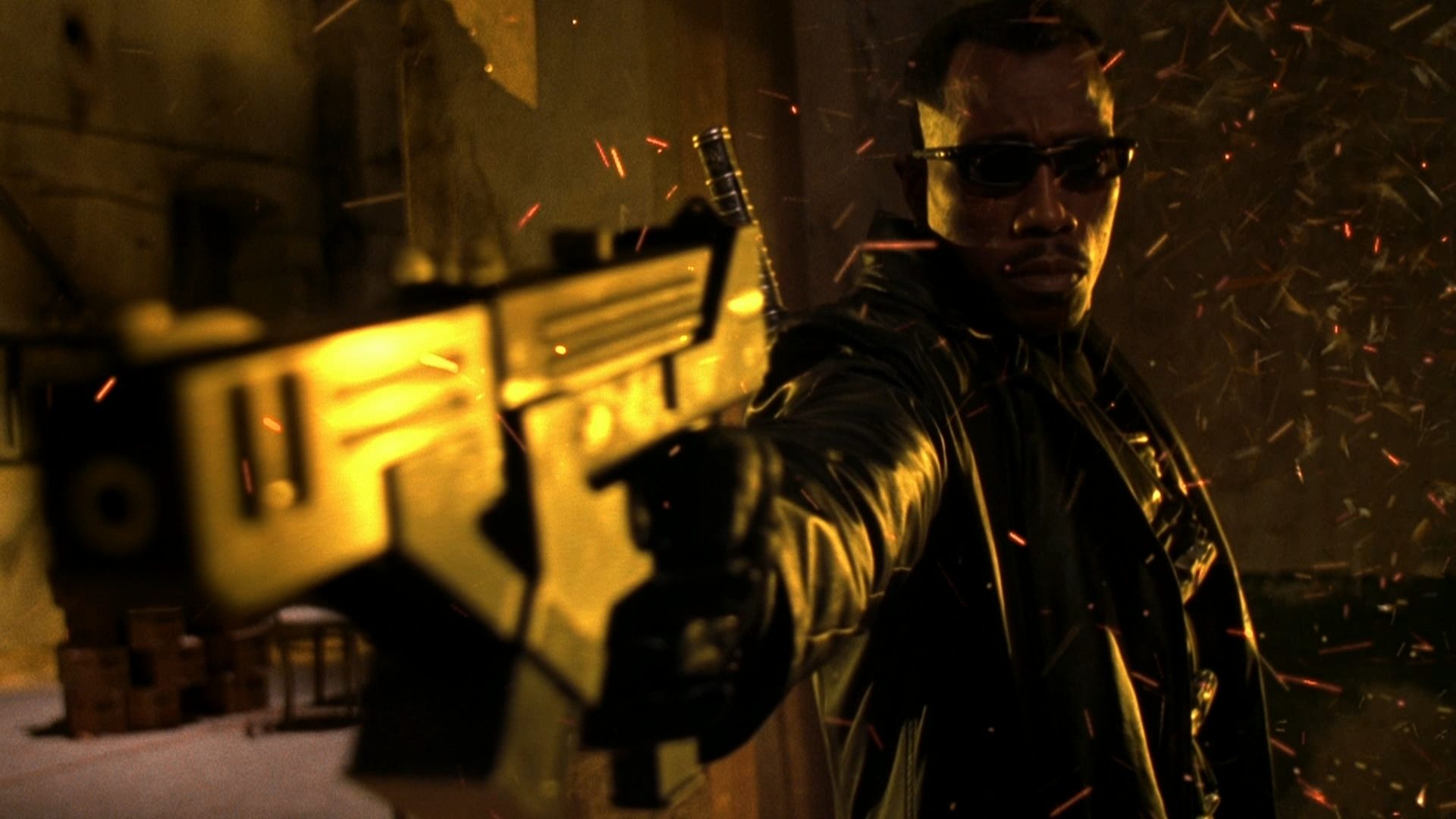 I got a great response to my re-view of Blade, the first movie, mostly in the form of comments about the second movie.

“That fight scene with the ninja vampires in front of the spotlights is one of the most slept on fight scenes of all time!”

“He did the stalling suplex on dude! Where was his Oscar?”

With comments like that, I bought Blade II with a quickness. 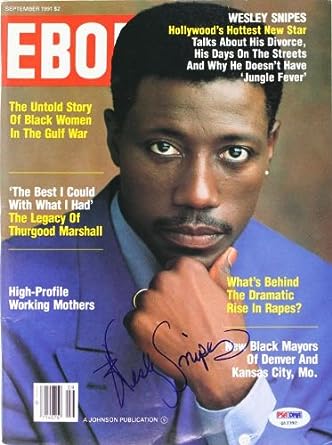 For starters, I love Wesley Snipes. He was the first, perhaps only, darker-skinned brother sex symbol/action hero of my younger years. He was always smooth and classy. I’d have watched a Snipes movie any time, no questions asked, back in 2002 when Blade II came out. Second, looking at the cast and crew list for this movie is like a nerd dream casting list. The new sidekick, Scud, is played by Norman Reedus. He was in this little movie called Boondock Saints and is currently starring as Daryl Dixon in The Walking Dead TV series. Ron Perlman, who plays the racist vampire unwillingly helping Blade in this adventure, goes on to star in Hellboy and do voice-overs for Teen Titans and Fallout. Oh, and is that Asian guy on the team… yes, that’s Donnie Holy Shit Yen, of Ip Man! And he’s the fight choreographer, too! And THEN I see that the whole thing is directed by Guillermo “I know what you like” del Toro. Damn! I’m not even going to give you his filmography. Click the link and let IMDB show you what you’ve been missing. With this list of talent before and behind the camera, this is either going to be great, or a mess.

Blade II opens with a deeper explanation of the death of Whistler, one of the climactic scenes of the first movie. It turns out that the vampires came back for old boy after he shot himself in the head and have been keeping him alive these 2 years for their own reasons. It all felt like a retcon to me, but whatevs, it gets the movie started. The special effects are WAAAAAAAYYYYY better — glossy and glittery, they stand up to the challenge of time quite well. As I mentioned, Blade’s got a new sidekick — Scud — who’s a bit of a stoner with a Powerpuff Girls habit, but he’s solid.

Just as everyone’s getting comfy in the hideout, they’re attacked by the ninja vampires. This kicks off one of the best fight scenes you’ll ever see. It is tightly choreographed (no surprise, Yen is amazeballs) and flashy. My dude Blade doesn’t even draw his sword, he defeats them with just the saya. It is good film-making, tense, with only a few moments where the aerial moves strain the limits of belief. In the end, it turns out that the ninja vampires aren’t there to kill Blade, they are there to recruit him. They take Blade to meet the big, bad vampire king, who is done up in an impressive Nosferatu-style look that is a perfect homage to the original movie vampire. Nosferatu-man hooks Blade up with a crew and sends them all off to do some vampire killing with his lovely, if poorly acted, daughter. Yeah, you know this is a setup from the jump, but our hero rocks with it.

With the crew by his side, once again, Blade fights his way through a nightclub full of vampires. Do all vampires like to rave it up? Do any of them prefer a good game of Cards Against Humanity at home with a few friends? No? Okay. The climax of the scene for me was the fight in the church. The sequence across the wooden scaffolding is so very very Chinese cinema it is almost a straight theft. And the stained glass windows in the background? If a flock of doves had flown out of the apse as they were fighting, I wouldn’t have been surprised.

The vampire threat is a new breed, Reapers, and they are great. They look and move creepily and they make that zombie skittering noise that never fails to make me shudder. Plus, their jaws open Alien-style. Disgusting. Overall, as a friend pointed out to me, you can really see how del Toro started here and got to his infection-based vampires in The Strain (now in season 2). This line of thought is strong in several of his movies, but that’s a dissertation for another article.

Finally, after much running around in the sewers in a way I frankly thought was a bit boring, it all comes together back at the vampire lair. Surprise! It was all a double-cross. The vampires wanted Blade to kill all of the Reapers, who are a genetic mutation that they created. Now that that’s done, they want to harvest all of Blade’s blood to use in further experiments. But, as usual, the boss vampire spends too much time talking and not enough time killing Blade. Cue Whistler proving that he’s not completely useless and dropping our hero into a vat of blood so he can regenerate. Then it is on. Blade dispatches Ron Perlman’s character with a well-placed slice, then goes on to fight it out with the head Reaper. Along the way, the almost-love-interest catches a bite in the neck, but who cares. Let’s fight!

The off-the-top-rope wrestling fight style of the closing combat is very different from the Asian martial arts styles that Blade has favored in the rest of the movie. It works well to slow the fight down and really let you enjoy it. I’m gonna go with an #unpopularBlackOpinion here — this movie wasn’t my favorite. It is a great action movie. The plot is tight enough, leaving aside the almost-love-interest, and the pacing is almost perfect, with each fight or chase hitting the right beat and none lasting too long. My beef with the movie is that is didn’t feel very superhero. Because Blade is fighting super vampire zombies and there are no humans around, the power level of the whole movie is just too high. Blade doesn’t appear super in a room full of his peers. And the gang of vampires that Blade brings along dampens the sense of awesomeness even more. Everybody in this movie can climb walls and do crazy flips so it is no bigs when Blade does it. I left having enjoyed a good action movie, but not having been wow’d by a superhero extravaganza.

So the first Blade movie was a comic book and the second was an action movie. What’s the third one going to be?