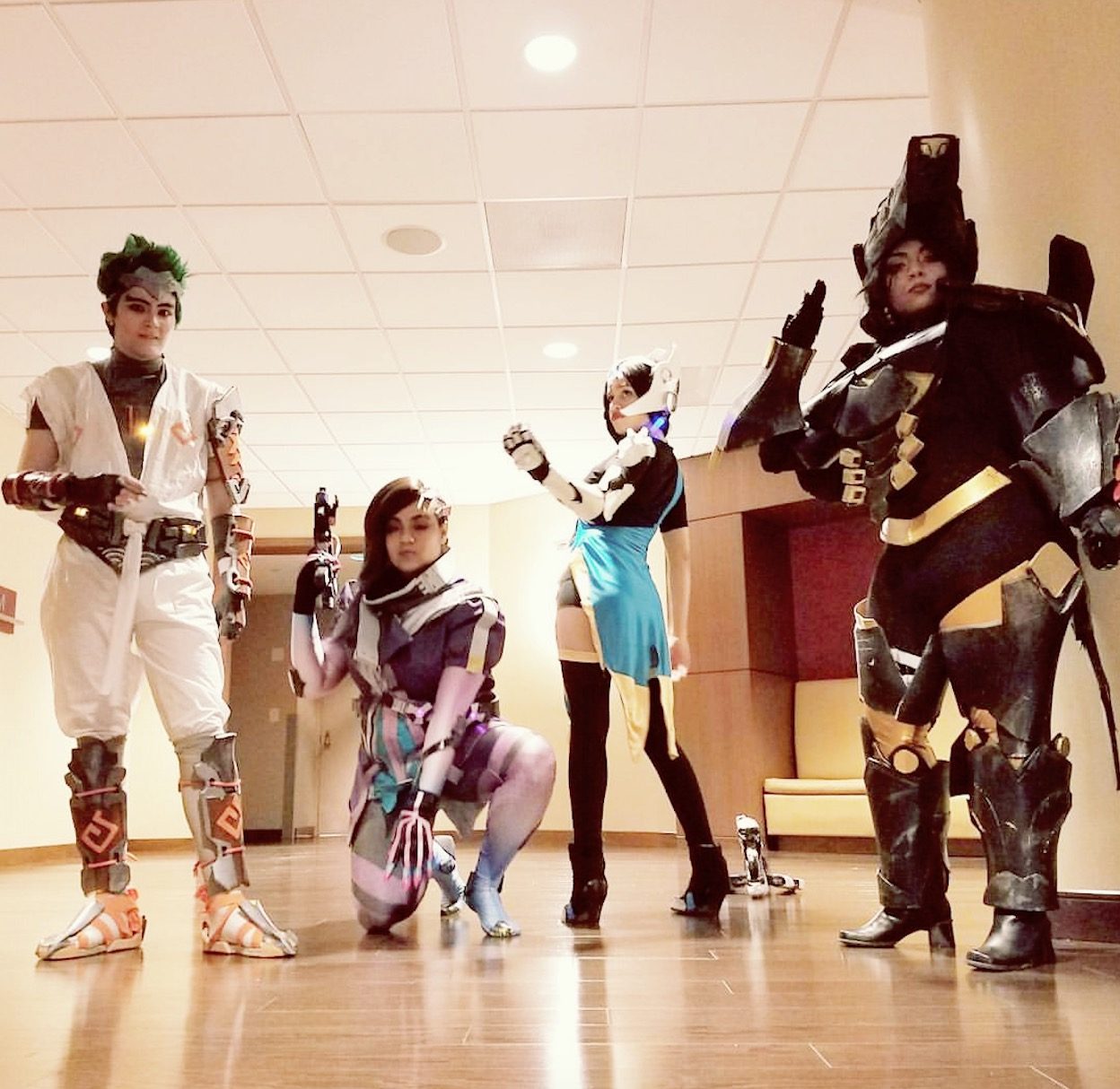 [divider type=”space_thin”]
This past weekend put my ass through the ringer creatively and intellectually, as well as challenging my own social conditioning on ideals of race, progression, and inclusivity. All this came from a first year multi-genre convention whose premise is based on inclusion of all people of varying races, ability, sexual orientation, gender, and lack thereof. I had the enormous honor of being able to attend BlerDCon in Crystal City, Virginia with fellow BNP contributor Lauren Bullock as we observed (often times with glee and awe) this extraordinary weekend event.

This convention had everything you’d want from the average convention: nicely-sized game area with various old-school arcade games, multiple rooms to host panels and screenings, a cosplay contest, an adorable Maid Cafe, and, of course, beautiful nerds from all backgrounds coming together to enjoy themselves around their peers. 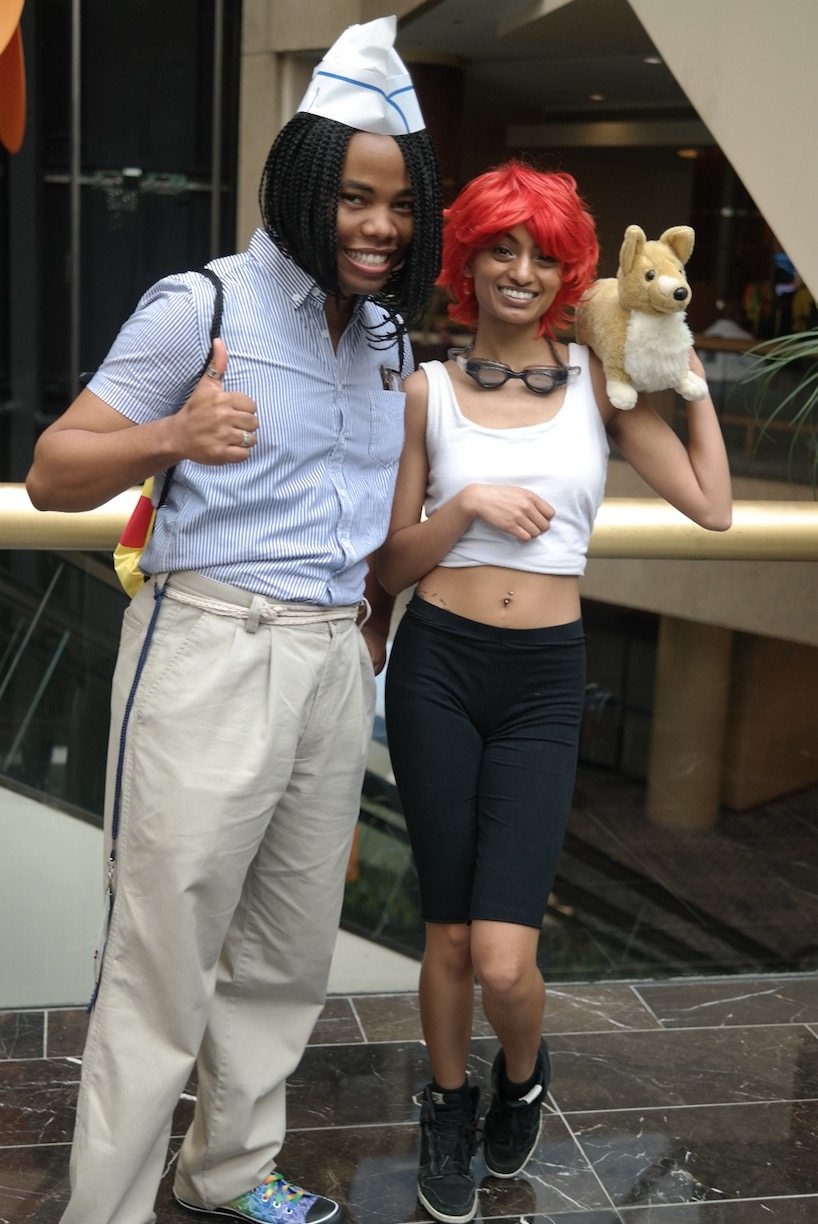 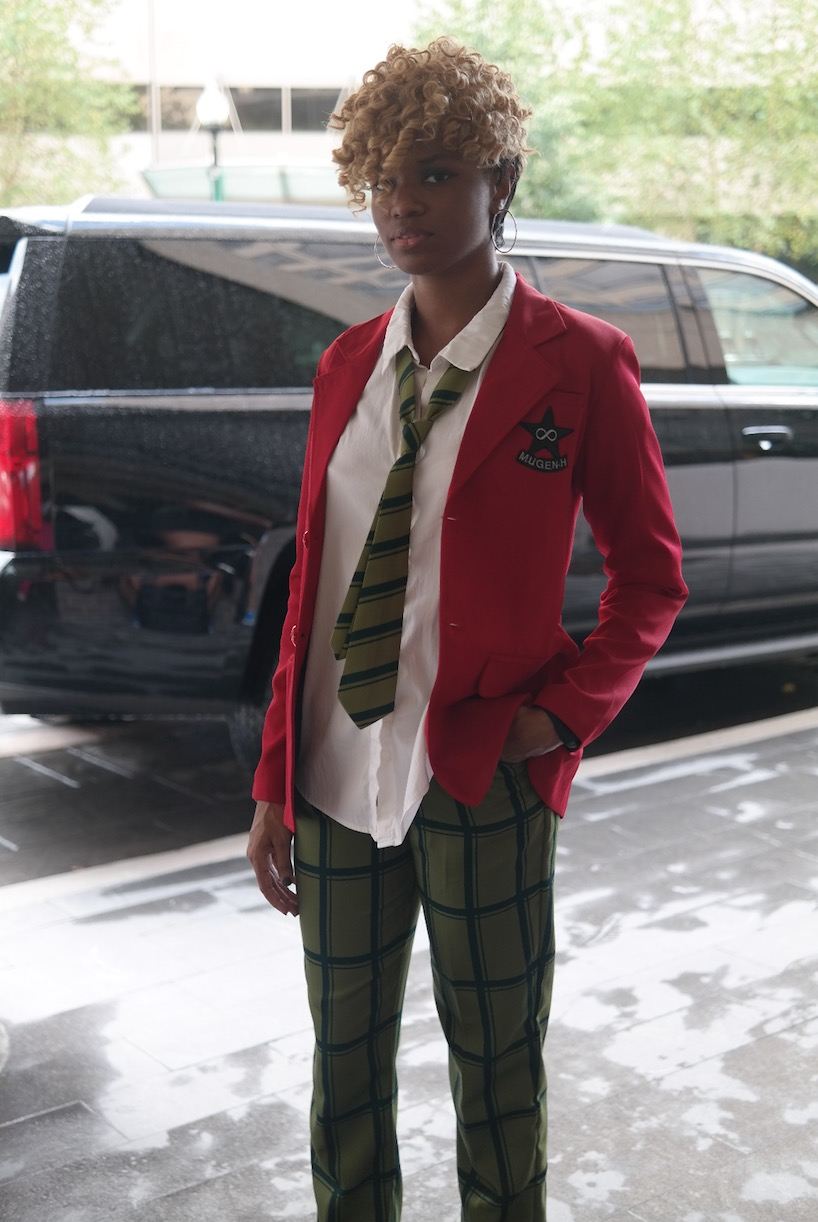 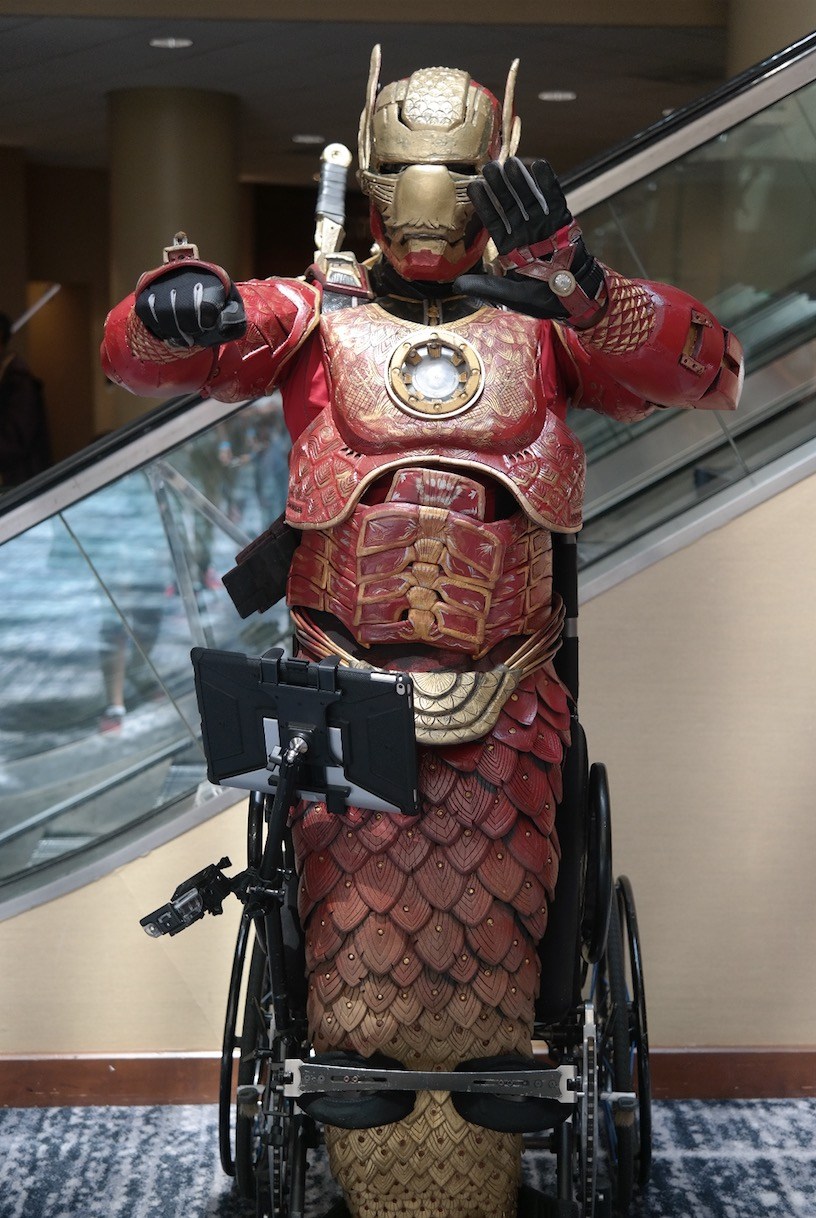 I loved how this convention never forgot that it centered on focusing on marginalized groups of people, especially on Black nerds. Often times, POCs are shut out of the conversation regarding the evolution of media representation and the “next-step” of superhero characters, but from listening to the multitudes of geeks in attendance, I have seen that many artists, musicians, and directors continue to fight for fair representation, and will not be deterred by glaring offenses of oppressive forces, especially of those who seek to maintain the status quo of employing more-than-outdated stereotypes, one-dimensional characters, and racist depictions and dialogue.

As a cosplayer myself, I thoroughly enjoyed watching so many people be unafraid to express themselves through this medium during the weekend. There were so many people, at varying skill levels, that looked beyond fabulous, strutting their best in leather, spandex, and worbla. The amount of adoration that I witnessed on the floors was incredible, and I attribute this phenomenon to the nerds who sewed their own brand of love and originality into their costumes. 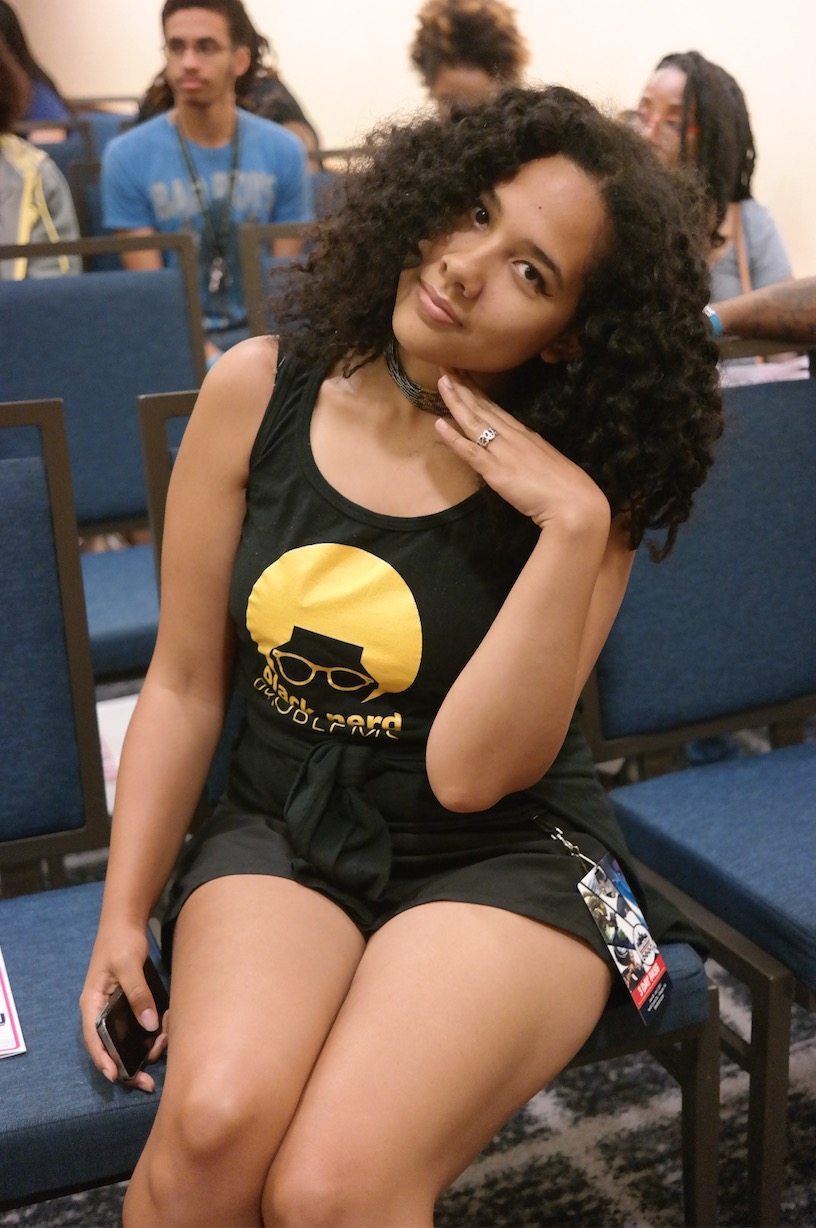 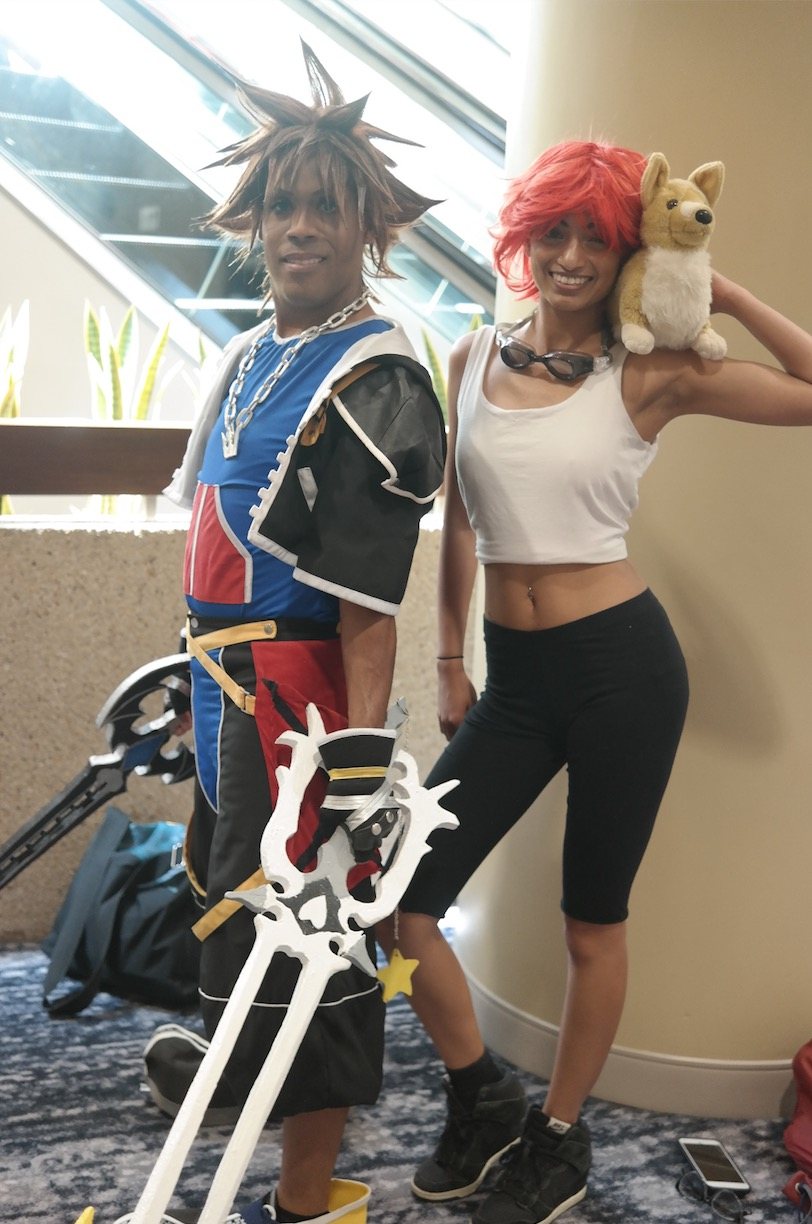 The panels attended were both informative and jarring. Lauren and I attended numerous panels, from ones that focused on honoring the memory of Nujabes while discussing hip hop in nerd culture, to one centered on Asian Americans in media, to another talking about LGBTQ characters in entertainment. One panel titled “In the Trenches: How to Educate the Well-Intended on Social Justice and Diversity” (hosted by Pros and Cons Cosplay, Brichibi Cosplay, and Everybody Loves Tony Ray, and Oona Sura) focused on how to engage with people about racial issues. The co-hosts dropped amazing advice on how to critically examine each situation especially in the context of police brutality, ignorant family members, and cultural appropriation.

I was able to also gain insight from several convention attendees on their experiences:

Black Nerd Problems: What did you enjoy most from BlerDCon and what aspects of it do you think could use some improvement?

Alexis: Okay, so I think what I enjoyed most was everyone’s energy. People were all so excited and overall very welcoming and nice to other cosplayers. At least from what I could see. Since their whole thing was to be inclusive, it was great to see so many POCs really showing out and having a good time. It was also nice to hear more than just anime intros and like typical rave music at the dances, haha. My biggest concern was that there wasn’t a whole lot of emphasis on the intersections that were advertised before the con.

Not that I, a black Latina nerd, don’t see the importance of highlighting and uplifting black people in the con scene. Because I totally do. But I. As a black Latina QUEER nerd (along with my friends who are also queer and many of whom are gender non-conforming and trans) I wanted to see more effort to include that crowd. So not just gay people, but an effort by staff to ask for the pronouns of guests. I know you can’t educate EVERYONE at the convention, but if guests can at least know they have the support and solidarity of staff and volunteers, I think it would be that much better.

There were also some issues with the costume contest that mostly involved the lack of categories and the lack of a pre-judging that allowed contestants to talk about their costumes. However, we already shared this with staff at the Post con Q&A and I saw them taking down notes. So all that being said, my friends and I still had an amazing time at the con and we really want to go back again to see those changes implemented! I also liked their posted signs that said, “cosplay is not consent!” I think if they trained their staff and then made signs that said “ask for people’s pronouns” or something, it would make a huge difference in comfort level for queer POC at the con.

Black Nerd Problems: What were some of the pros and cons of your BlerDCon experience?

CJ: Pros: The positivity of the environment and being able to see and talk to so many talented cosplayers of color. Also, being able to make connections with cosplayers we probably wouldn’t have met otherwise in bigger conventions. Typically, I’m more self conscious at a convention about my appearance, but at BlerDCon I felt like no one was being judgemental, so I could be myself.

Cons: I had very few cons, but the organization of the cosplay contest can use some work. Groups were competing against single people, novices were competing against experts, children were competing against adults – categories need to be made so it won’t be as unfair. Also, the fact that there was no in person judging for craftsmanship – it was kind of a let down since I was excited to explain how I made a costume. Lastly, I think the staff could use work on enforcing people to use attendees’ pronouns respectfully since LGBTQ people are part of the crowd of BlerDCon.

Black Nerd Problems: I’d love to ask what you thought of the overall feel of the convention. How was it different from other nerd events you’ve attended?

Jam: I’d think the overall feel of BlerDCon was solidarity. It was comforting to come together with other people of color who are into nerdy things. It was different because there were so many cosplayers who were also people of color and that’s not really something you see a lot of at other conventions.

Black Nerd Problems: How did you feel about the cosplaying aspect of the convention? And how did it intersect with the inclusivity part of BlerDCon?

ManaKnight: I like cosplay because it makes it easier to meet people and start convos with them at a con. Blerdcon wasn’t like a con aimed for comics, anime, sci-fi, and so on, it was aimed for all of us POC cosplayers along with others to cross paths and interact, becoming friends and fans of each other’s cosplays.

This convention was unlike any other I have ever attended. I can hope that the people in charge take into consideration what their fans are telling them and can hopefully come back stronger than ever next year.