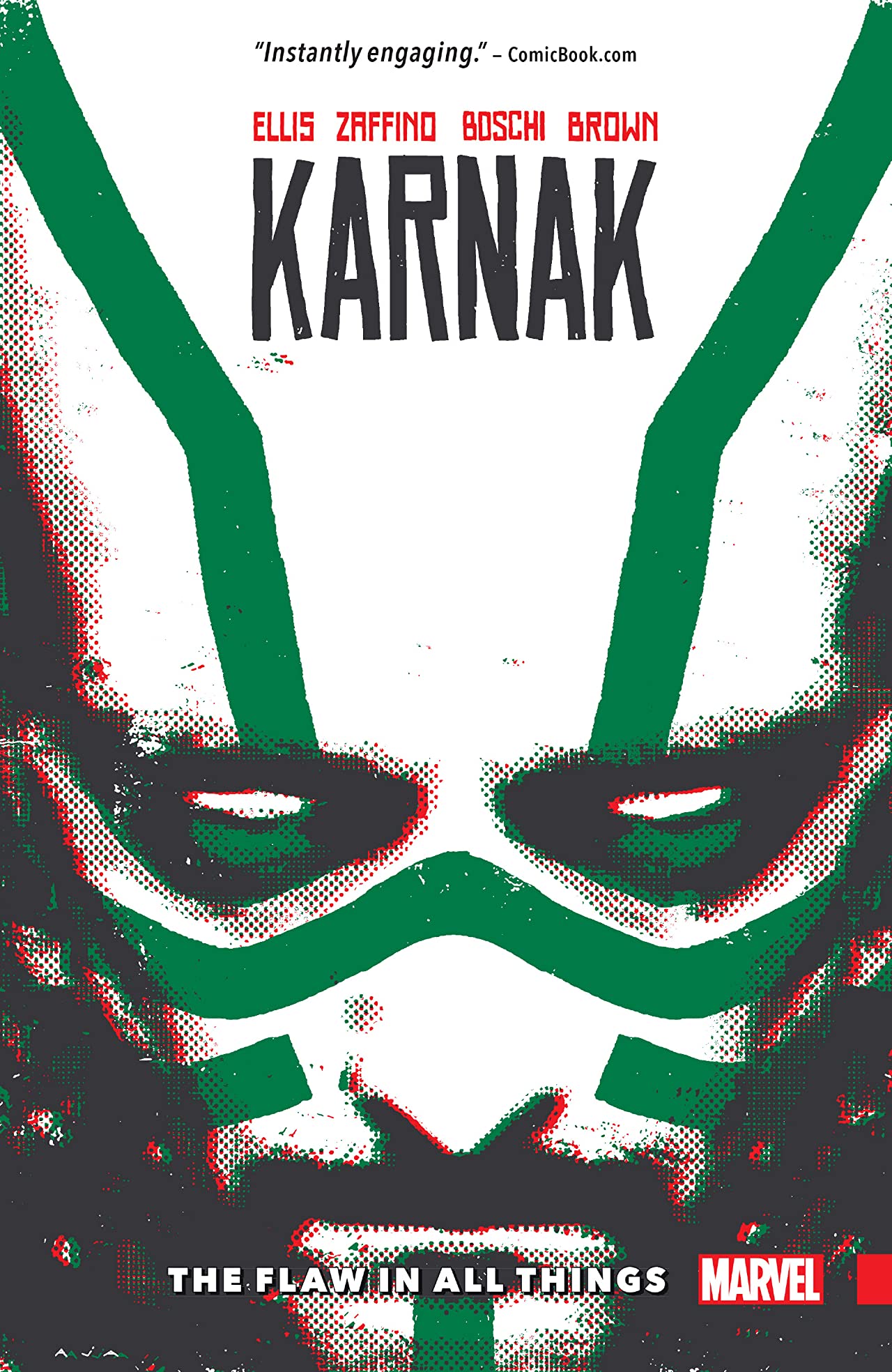 Remember that time Robert Downey Jr. was Sherlock Holmes? You know…the version that knew kung fu and could apparently see any opponent’s weak points on the spot? Well, take a little bit of that mix it with death cults, espionage, and existentialism. Then, shake well and serve it up in a six-issue collection called Karnak: The Flaw In All Things. 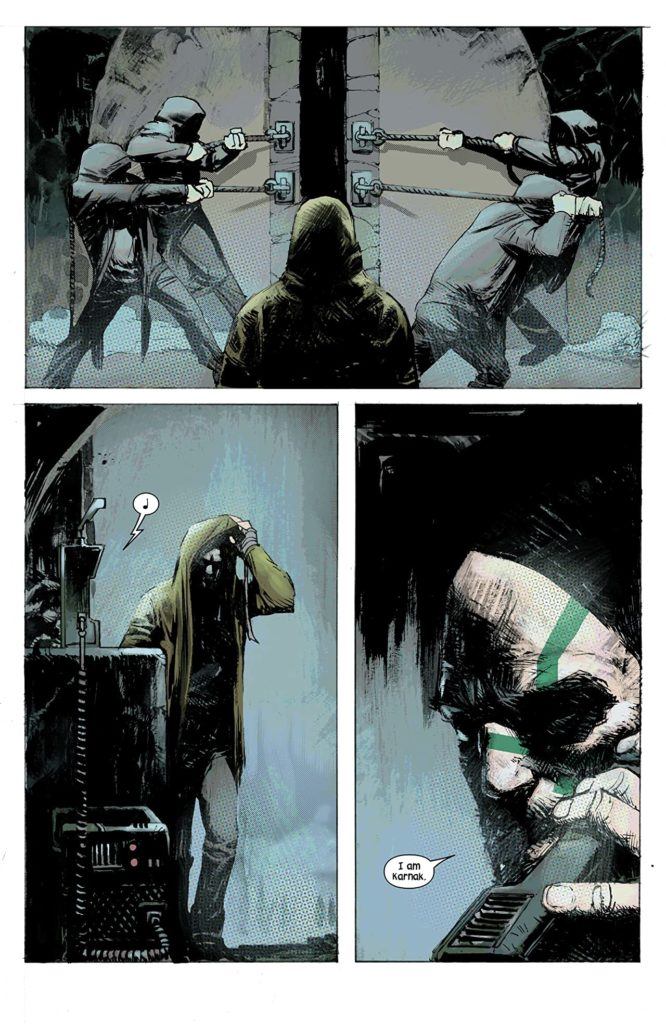 Similar to how he breathed new life into Moon Knight, super scribe Warren Ellis masterfully reimagined one of the lesser appreciated Inhumans in this smart, gritty limited series. When an Inhuman child goes missing, Phil Coulson reaches out to Karnak, the magister of the Tower of Wisdom. Ellis’ approach is so interesting because normally, such a nigh-invincible hero (compared to his opponents) would be a bit of a bore, but it actually makes this book a lot of fun. And Ellis’ trademark wit makes the exchanges with this nihilistic warrior monk a godsend whether it’s with the SHIELD agents or some waitress at a coffee shop. Three different artists across all six issues all poignantly convey the grim, sullen nature of Ellis’ script. The panels that catch the rare moments when Karnak is smiling are by far the most unsettling…like watching the Predator spot its target. Clocking in at a little over 130 pages, Karnak is a relatively quick read, good for a slow Sunday afternoon brunch.