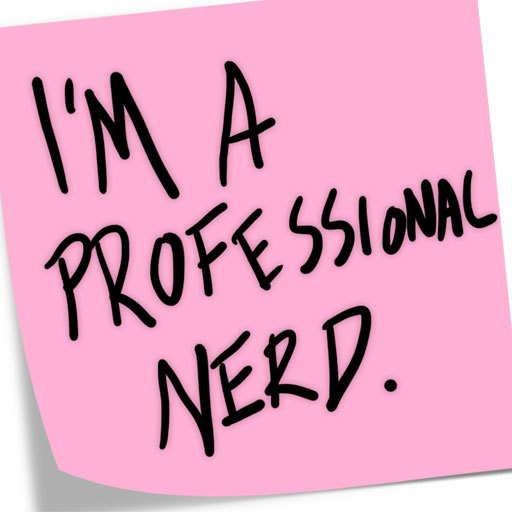 It’s been a long time. We shouldn’t have left you, without some nerd things to gait to (see what we did there?). The team here at Black Nerd Problems often comes up with random ways to entertain ourselves up in the digital office. As was the case when Jordan and Mitra started talking about what their resumes should really look like…

Y’all should know, Jordan and Mitra are The Twitter Tag Team Champions of BNP. So when they get an idea, they are going to run with it full speed, which leads to them coming up with a new hashtag for Nerd Twitter.

Looking at Korra’s LinkedIn like “This person has a large gap in their employment between Seasons 3&4. Shld we be concerned?” #NerdLinkedIn — Mitra (@mitbot) March 29, 2015

Yeah, #NerdLinkedIn became an inside joke that everybody got. We saw a bunch of hilarious corporate scenarios with a bunch of pop culture references. The following is what it looks like when the Internet gets it right.

Interviewer: Mister Prime? Is it? This “Matrix of Leadership”? Was this a professional certification… Or 2-day workshop? #NerdLinkedIn

“Wolverine: Your skill ‘Making Everything About You’ has been endorsed by Cyclops & Storm” #NerdLinkedIn — Tamara Brooks (@MisfitsTamara) March 29, 2015

When you see your old crew tried to connect with you on LinkedIn but you run everything now #NerdLinkedIn pic.twitter.com/P6jKV0k5U7

“I had to leave the last job due to coworkers reactions to Rue being black in #HungerGames” #nerdlinkedin pic.twitter.com/wVoSerJeUF — Omar Holmon (@OmarHolmon) March 29, 2015

Who is the Warden of Arkham Asylum and why hasn’t he been FIRED yet?! #NerdLinkedIn

Rogue: I tend to take on the skills of my colleagues. Interviewer: We’ll be in touch. <attempts handshake> Rogue: About that…#NerdLinkedIn — Julia Burke (@juliabwrites) March 29, 2015

Wayne Enterprises seeking intern. Must be a young male without a father, loves birds. #NerdLinkedIn

Of course its all fun and games till Oz comes out to play cause he play for keeps.