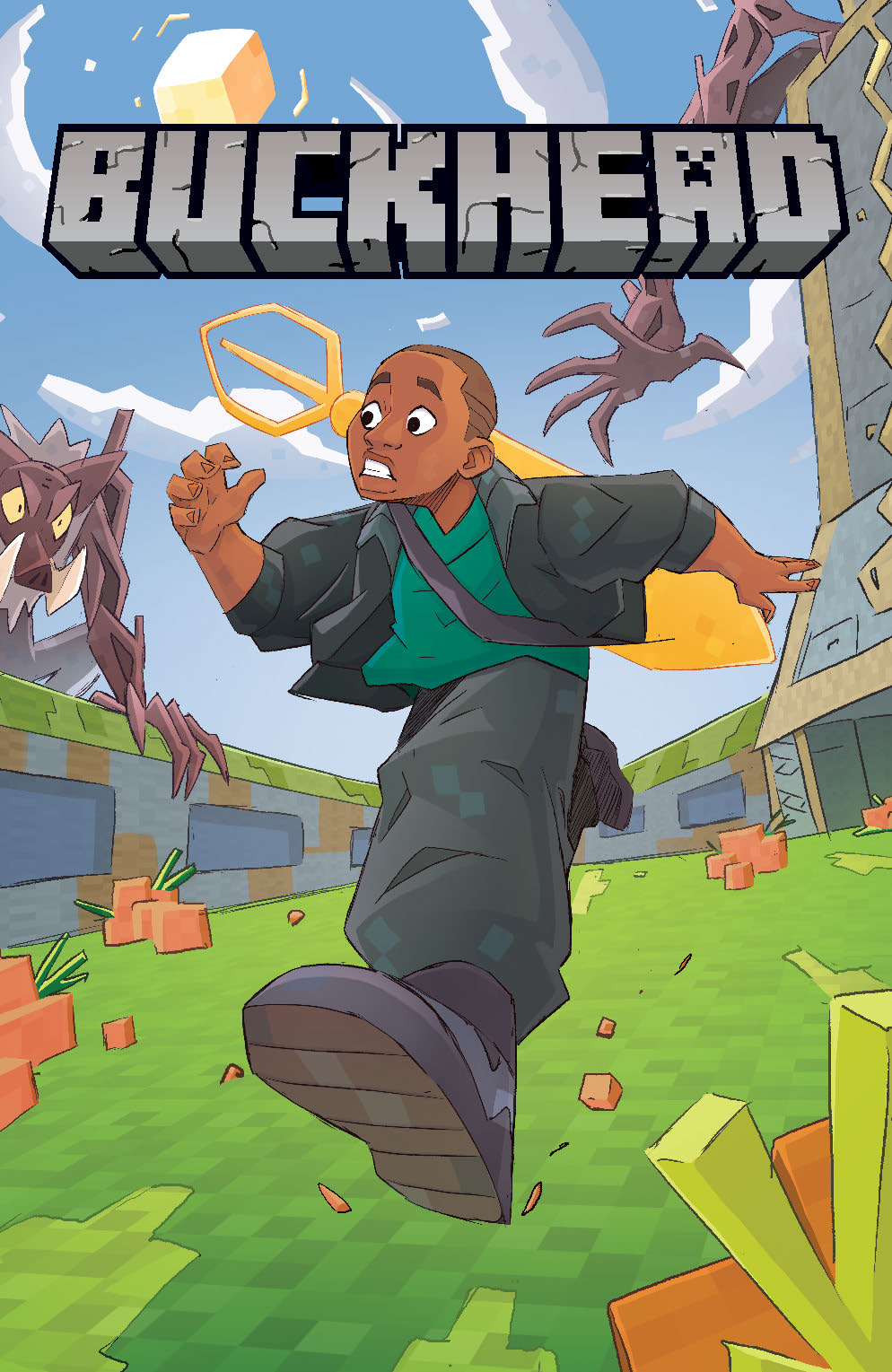 Toba’s in a bit of a predicament at the start of Buckhead #2. All signs seem to indicate something exceedingly suspicious is going on and his mother is seemingly nowhere to be found. Kamadais’s panels capture a frantic protagonist desperately trying to make sense of the nonsensical, and this type of kinetic opening makes for a solid start to the second issue of this Afrofuturist comic.

As Toba finds himself alone in home with nothing but his thoughts, he flashbacks right before the move to a seemingly non-discerning town in Washington state (not DC like he hoped) and a weird vision of his father imploring for help as he’s being dragged away by digital chains. However, Toba wakes up and tries to reconcile the reality of the situation.

Shobo does an excellent job making Toba a relatable and fun protagonist to follow, and the supporting cast is equally enjoyable. Toba and Josue discussing the preceding events of last issue manages to combine both a playfulness of various sci-fi and coming-of-age tropes while also imparting a significant emotional impetus given that Toba’s mom is still missing.

Buckhead #2 has significantly stronger pacing and everything feels more efficient. The exposition is more compact and while there are still lingering questions and narrative thread to unravel, the premise feels fully fleshed out and the foundation is finally built. Shobo clearly found the groove, and Kambadais managed to create some truly beautiful spreads to capture the scope and scale of Buckhead and the Else Virtual Reality System.

Buckhead remains visually captivating and the story is shaping up to be a novel take on classic science fiction elements. I’m very excited to see where Toba, and by extension us the readers, are taken next, because all indications seem to be a wild adventure that spans civilizations and technological revolutions and that just sounds exciting.