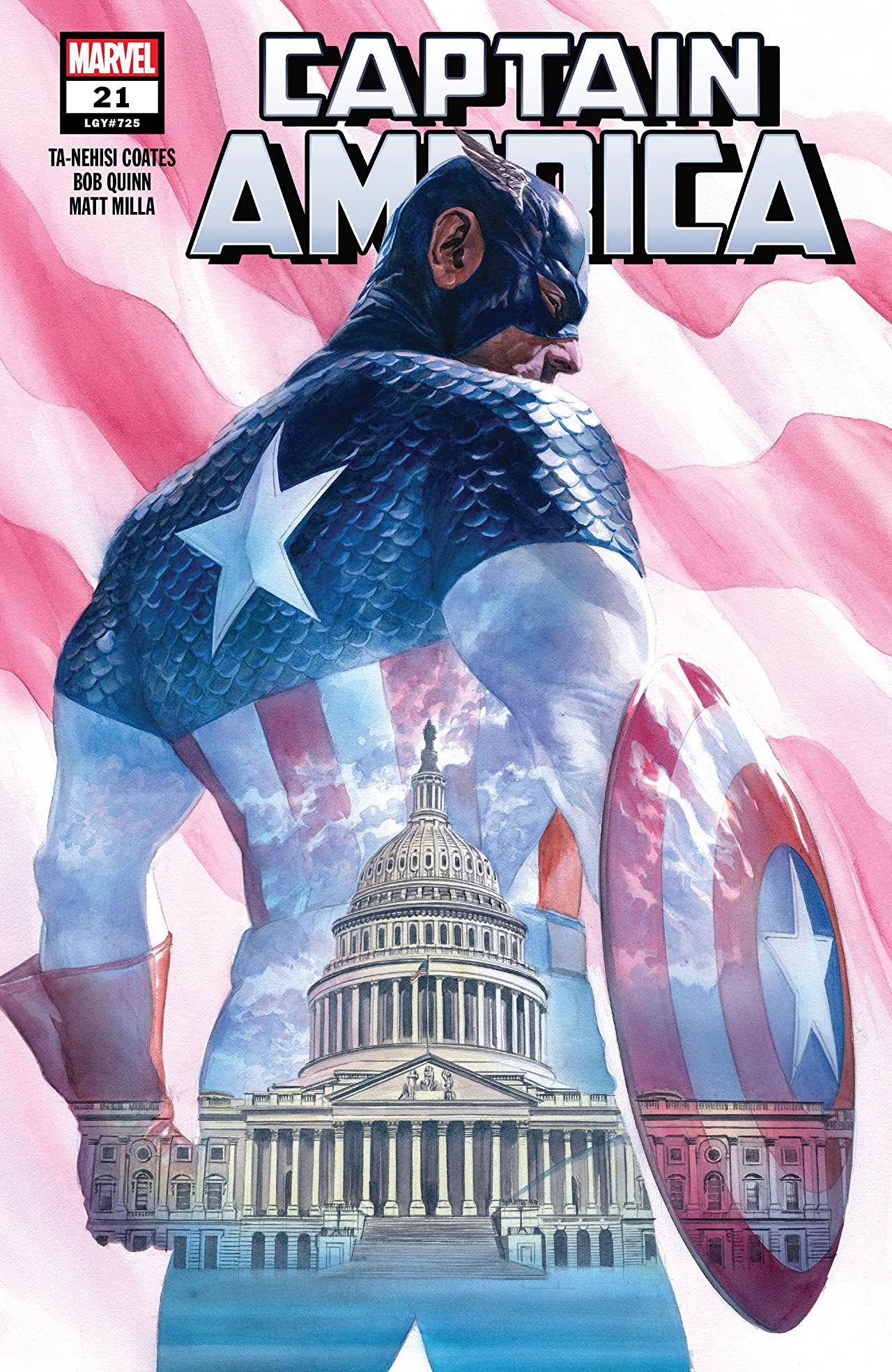 First off, I appreciate a slow burn as much as the next guy, but this book didn’t seem to progress the story much further from the obligatory “story so far” synopsis on the credits page. I’m pretty sure I downloaded my 32-GB Call of Duty update at faster speeds than this story moves. And there are either pivotal or terrible things that just get glazed over like nothing.

One of the first things we see in this comic is Alexander Lukin and his wife casually overseeing a dark skinned person being auctioned off in some sort of human trafficking trade, and it’s only acknowledged once in a quippy exchange. There’s a flesh trade depicted in 2020’s social climate and it’s in the background of a phone conversation. And then there’s all the kooky magic lore that (I’m guessing here) that I highly doubt fans read this comic for. Captain America seems highly effective when he’s punching Nazis or speaking truth to power with a good old-fashioned shield to the face.

Movies like Winter Soldier proved that Cap is essentially the ultimate action hero, but this story feels convoluted with all the kooky magic lore and soul stealing. Now, it’s not fair to lay this at Ta-Nehisi Coates’ doorstep because this sort of thing has gone on since long before his tenure, but #21 makes it so glaring that it’s a rough read. As for the artwork, there’s something all too plain about Bob Quinn’s pencils here. Although it’s mostly the script’s fault, and not his, that nothing really happens in this issue, there still isn’t much that truly jumps off of the panels or excites the senses.

Bottom Line: It’s a well-meaning story, but there’s too much involved for us to still have so many questions in such a stagnant chapter in this bizarre story. Even the most exciting parts could have been extra “director’s cut” pages in another issue. It’s a no from me.

5 bizarre Anthony Mackie quotes out of 10.