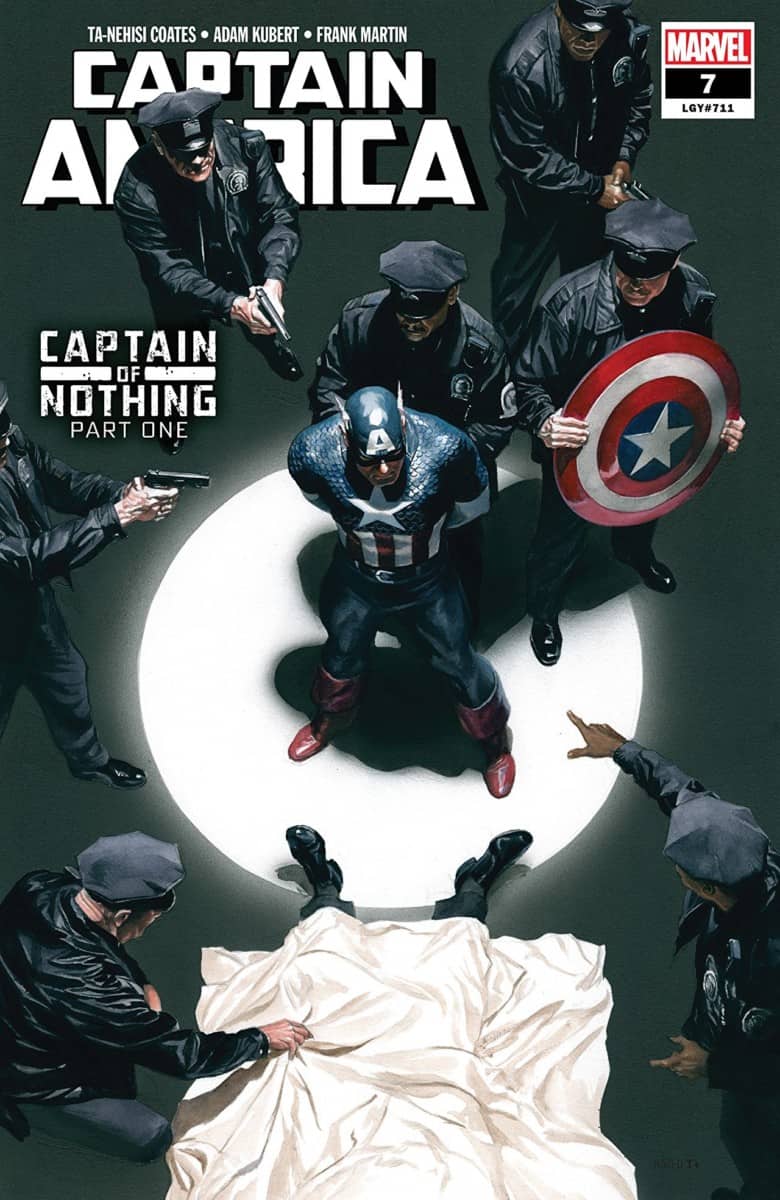 Captain America #7 begins the second arc in Ta-Nehisi Coates’ run on the series. At the start, we got a Captain America story full of parallels to contemporary America, espionage, and stellar hand-to-hand combat.

In this next arc, it seems that the focus is moving away from Captain America as Steve Rogers steps away from his superhero identity in the aptly-named “Captain of Nothing.”

Steve Rogers is deep in an identity crisis after the country was taken over by a Steve Rogers who was working for HYDRA. While that plot was foiled, the United States is at an ideological crossroads and the shield, both the symbol and actual adamantium/vibranium disc, is stuck right at the center of it all. 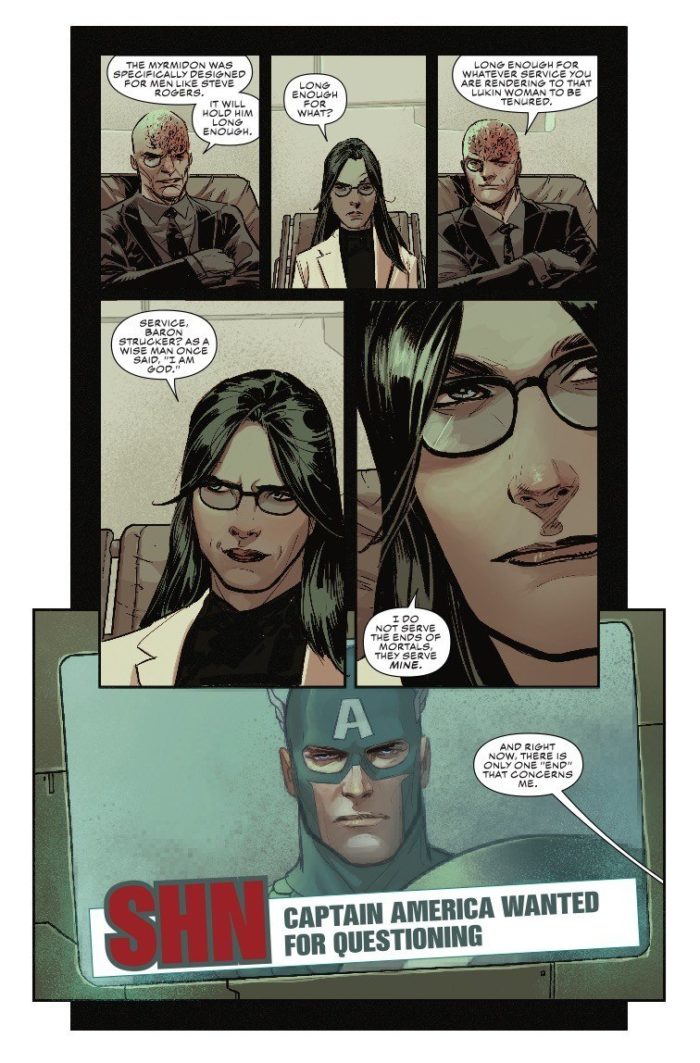 In issue #6, Steve was framed for the murder of Thunderbolt Ross, who was suspected of aiding a criminal organization’s attempt at another takeover. Issue #7 begins with the fallout of this as Steve looks for options and only finds one–turning himself into the same government he was committed to protecting.

While she’s surely been a part of this story up to this point, issue #7 was a real shining moment for Sharon Carter as she begins to step up as Steve prepares to step out of the spotlight for the time being.

Speaking of shining moments, welcome aboard Bucky! He’s shown up earlier in this run too, but seeing him in his element–knocking out criminals and being the enforcer Steve often can’t be–is a welcome addition to this story.

Overall, issue #7 serves as a solid transition from a story about Captain America to a story about Steve Rogers (and co.). I’m a sucker for the 9-panel grid as a storytelling device and it’s used effectively here on multiple occasions.