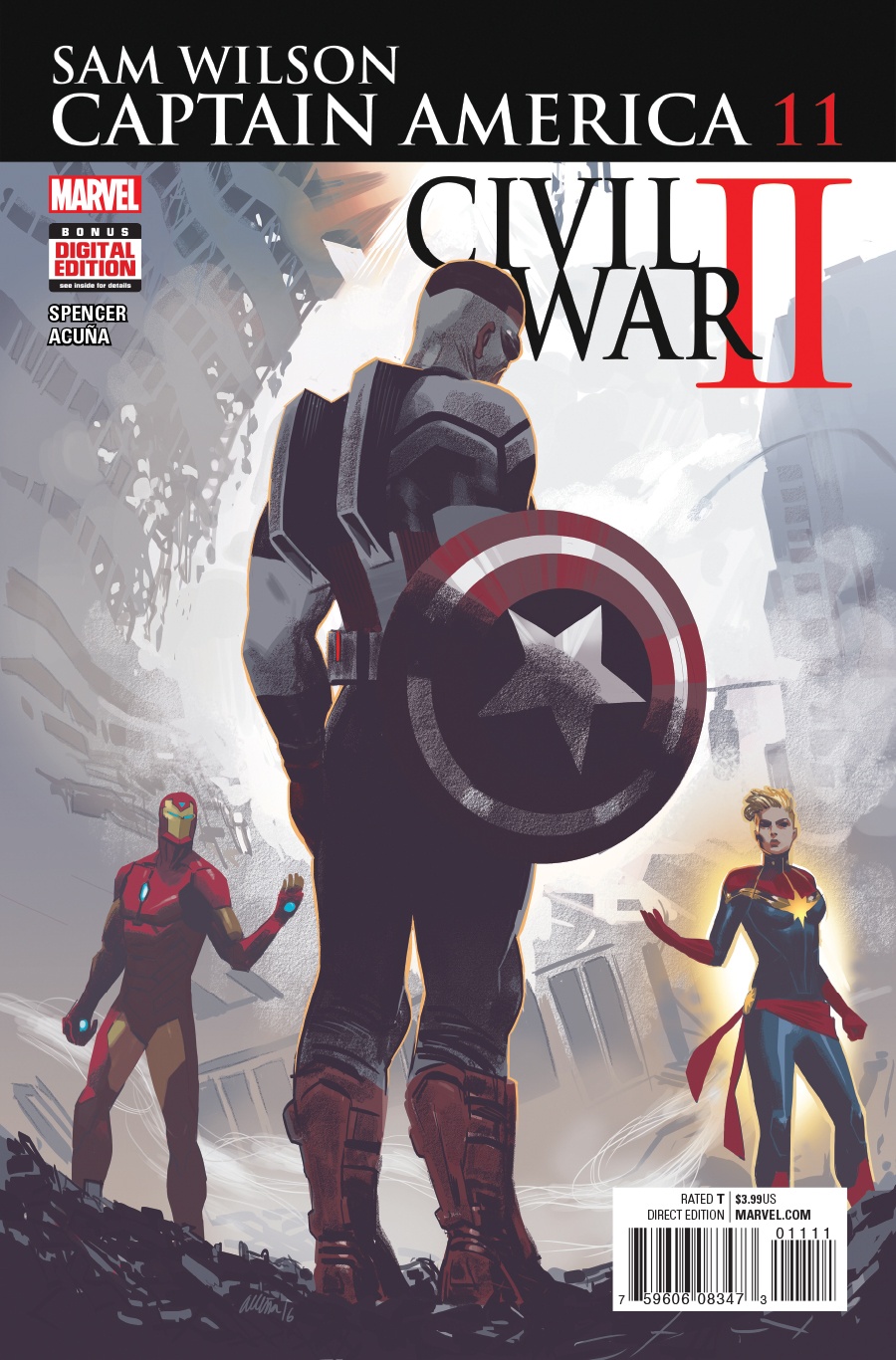 Issue #11 follows what is one of my favorite comics in life in issue #10 and doesn’t drop off by much. Spencer is finding a way to both answer questions about the content and make the reader raise questions about life on and off the page.

If you had any questions about what in the world was going on in Civil War II, read this issue. In just a few short pages, Spencer catches you up and then we get a cool simultaneous explanation from both Captain Marvel and Iron Man about their stances and the polar differences are striking. And, at long last, Sam Wilson picks his dog in this fight.

But, wow, talk about timeliness.

To be fair, Nick Spencer’s Captain America: Sam Wilson is taking on the issue of police brutality, which is always relevant. But given recent news that’s literally been in the cycle for only a day involving another instance of police brutality and the public’s reaction to it, issue #11 is extremely timely.

The Americops and their influence are becoming more apparent as time goes on and they clearly have it out for minority groups in particular. They actually use the phrase “broken windows task force” as a nod to similar methods used by police in the past so we know they’re up to no good. 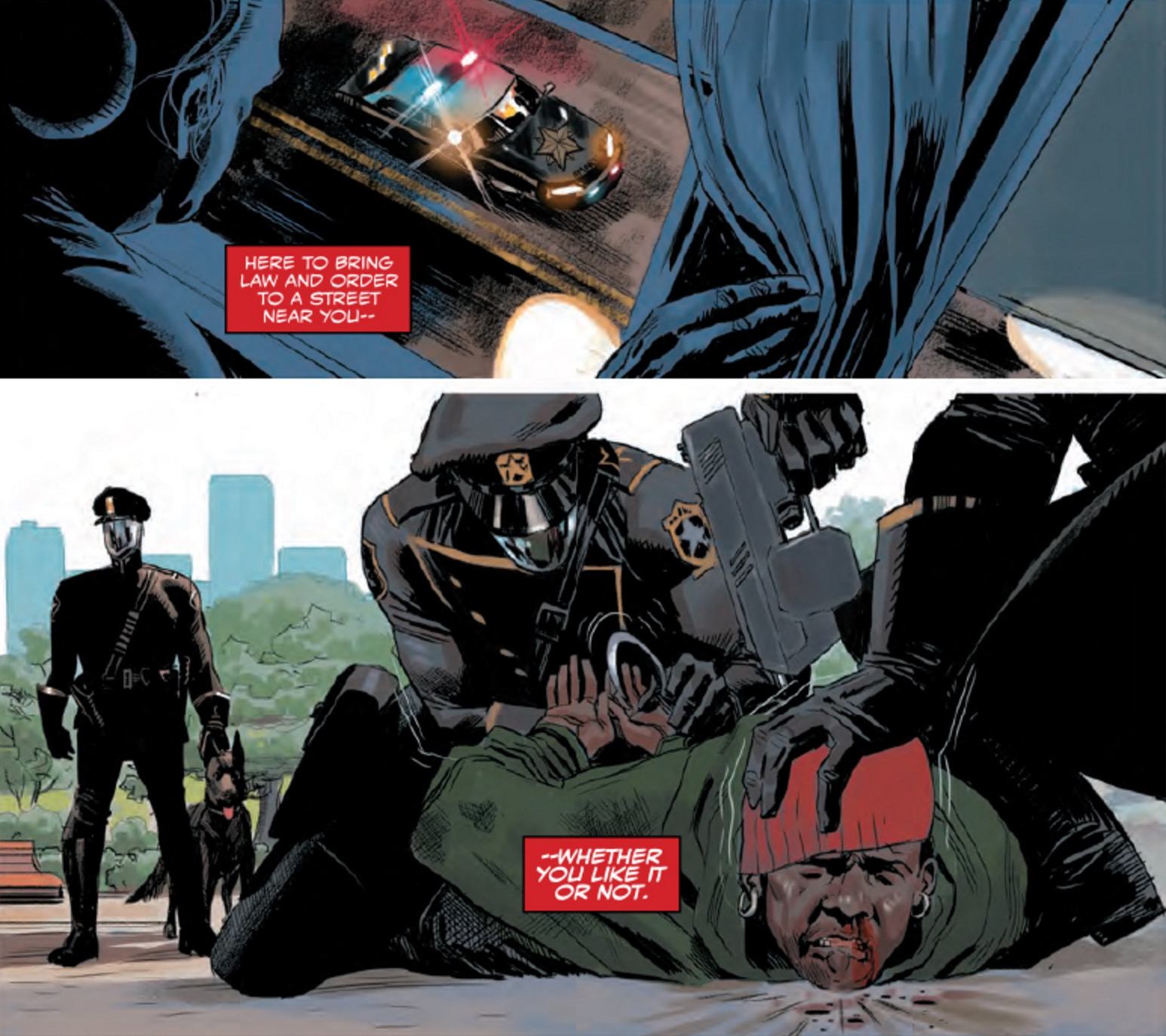 Rage, who couldn’t be named more appropriately, has revealed himself as the leader of the angry, frustrated Black population that’s seen many of its members be profiled and injured. Which is exactly what happens when metaphorical rage goes unchecked in these situations.

While we don’t have a Sam Wilson in the world to help end police brutality, it’s nice to see a world where they do to help us imagine what it would be like.