When Mad Men ended, many that follow TV felt that was the end of this golden age of TV. What began with HBO establishing its dominance with The Sopranos has been some of the best television shows that ever existed during that time. Mad Men makes a fitting end cap for that considering its creator, Matthew Weiner, worked with David Chase on The Sopranos as well. Everyone has a favorite show, but this really is about celebrating how spoiled we have been as TV watchers over the last decade-plus. In trying to define how great this time period has been for the small screen in drama (sorry, no traditional comedies listed), here are some of the best shows or moments in specific circumstances.

And please note, this is supposed to be fun and debatable. It’s all objective, folks. Tell us some of your favorites in the comments.

Six Feet Under wasn’t a perfection show, but it was still a really, really good one. It is still one of the most original dramas ever (examining the crazy day-to-day life of people running a funeral parlor), was unabashedly diverse (a little on racial diversity, largely on LGBTQ identification), and turned hyperbole into an art form. Yes, every disagreement ended with someone yelling, but the show gave rise to some stellar TV actors including Michael C. Hall who would eventually become Dexter. But it lays claim to still having the best last episode ever, possibly the only show whose last episode might have been its best (not bad for a show that ran for 5 seasons). By showing the eventual deaths of every major character in the future, it used the cache it built over the series to show the beauty of death and finality. Especially the bold decision to put the wayward, but beautifully talented Claire (played by Lauren Ambrose) at the center of the epilogue, as we are shown that the girl who couldn’t fit in anywhere has a hospital room filled with people when she passes of old age. To this day, that finale is still untouched.

There’s some debate for this and in the AMC model of splitting last seasons (i.e. being cheap and milking their most critically-acclaimed shows), but it’s hard to argue with Breaking Bad Season 5, Part II. Breaking Bad was a masterpiece and it was at the height of its powers in its final episodes. However, for the FX network veterans who don’t cave to what Twitter tells them, the best final season is still the breakneck intensity that was The Shield Season Seven.

Vic had spent the first six seasons doing more dirt as a cop than any hardened crime boss could accomplish, but the last season watched him scramble to not only protect his ass from all the fucked up shit he had done, but to stop his former protege from becoming the new, less polished or contained, “him.” Before Walter Goggins became the best wordsmith in fictional Kentucky on Justified, he was Shane, Lieutenant under Vic turned total fucking liability. His downward spiral and incorporation of his family makes Vic confront all his demons, continuously, until it backs Vic into a corner he finally can’t escape. It is adrenaline from start to finish, and weirdly, makes you frantically concerned for the well being of a really, really, really bad guy in Vic Mackey.

There are plenty of contenders in this one, including West Wing Season 2, Breaking Bad Season 4, the first season of Sopranos, but seriously, I don’t know how it gets better than season 4 of The Wire. Coming off a season that was one of the most engaging on TV at that point, one that saw the rise of Marlo Stanfield, the crumbling of the Barksdale crew and ultimately the death of Stringer Bell, and the expectations were both high and tempered. There was a “well, what the hell happens now” with Avon in jail and Stringer dead. But when it was announced that the season would focus on the school system, meaning that teenagers would be center-stage, many of us Wire were fans were like… um… okay. 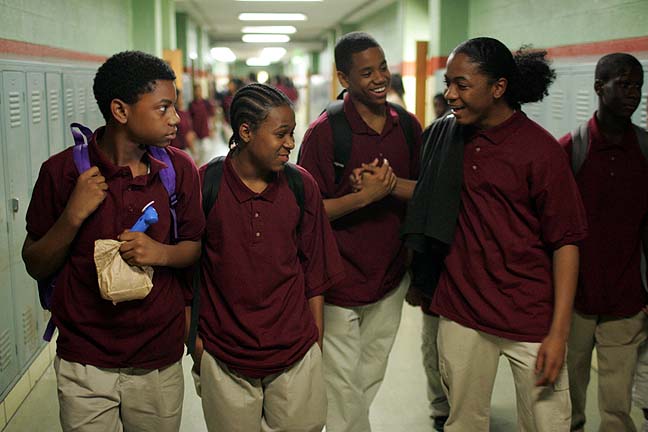 But that skepticism was quickly quelled as the season proved to give us a new empathy for those that suffered at the hands of the street crime in Baltimore and gave us the very harsh reality that nothing ever changes (Dookie will eventually become Bubbles, Michael will become the new Omar, Randy, a good kid, lost to the system, and so on). Simultaneously, the political drama held its own against the street level with the rise of Carcetti resulting not in triumph, but in hopelessness, and the mess he inherits feels insurmountable.

I could have about 18 different answers for this one: Don Draper’s “Carousal” speech from Mad Men, Mike’s “Half Measure” speech in Breaking Bad, the “Membrane Theory” from Rust Cohle in True Detective, and my personal favorite, the “Origins of Al Swearingen” from Deadwood (definitely NSFW). But I still always come back to “Two Cathedrals,” the season two finale of The West Wing. Everything about this episode, its lore in how it played out behind the scenes, and the onscreen performances are masterful. Following the unexpected death of Mrs. Landingham, the White House is turned upside down and it speaks volumes seeing how everyone is effected considering they deal with a different crisis everyday. The most famous part of this scene, of course, is Martin Sheen’s performance as President Bartlett, who delivers one of the best known monologues in TV history.

This one is, essentially, impossible. There’s no real object way to do it, with so many episodes of so many great television shows out there. So this one really comes down to personal taste. I’ll give you my personal top 5 (somewhat randomized):

Bruh, I know, how dare I let Lost be anywhere on this list. But listen, if Lost disappointed you, it’s because it couldn’t possibly hold the momentum of that first episode (and it’s probably the peak of Jack on the show, as sad as that is). Essentially, it might be the best pilot episode of all time. That’s gotta be worth something.

This was probably the episode where we all realized that The Sopranos was going to be different anything we had seen before. Tony, who at this point hasn’t gotten his hands too dirty, takes his daughter Meadow on a college visit. Along the way, he sees a former “family” member that turned states evidence and decides to handle himself. There are multiple plot threads that weave perfectly throughout this episode, including Tony’s sense of commitment to the family, and more importantly, how his relationships with his daughter and cousin Christopher are moving forward.

The penultimate episode of this series is so heavy and so adrenaline inducing it’s ridiculous. On what has been a season-long quest, Vic is finally closing in on Shane as Shane continues to fuck everything up and turned his wife into a murderer in the process. But the biggest standout of this episode, of course, is Vic having to admit every terrible thing he’s done to get his immunity deal with ICE. But Ronnie doesn’t have immunity. And since Ronnie was in on every despicable thing they’ve done, guess who Vic has to watch be dragged off to prison for the rest of his life? It is the promise of what would happen way back in the pilot episode and it was worth the wait. (Also, props to the nerd reference in the title.)

Like the previous entry, this was really about fulfilling the promise of all the bad shit that had come before. And like Ronnie in The Shield, it wasn’t the main protagonist that paid the ultimate price for their sins. What begins with a remarkable flashback scene to where Walt tells his first lie about being a Meth cooker, results in the execution of Hank and Walt’s “life” as he knows it being completely over. Everyone’s acting is turned up to 11 on this one, not to mention under Rian Johnson’s direction it’s just a gorgeous looking episode. Cranston is just superhuman in this episode too, going through every emotion possible. This is about as perfect as it gets.

For a show that was so good, its best episode was probably its most depressing. While Season 5 makes it the mission, it’s pretty obvious in the Season 4 finale, there’s little hope in the game where nothing really changes. The three big moments that mark this episode is the wide shot of all the bodies they have found in the vacants from Marlo’s reign, Michael’s first kill, and the death of Bodie. Michael was the charismatic and talented youth everyone wanted better for. And Bodie, a veteran of the game, never loved the violence of it and had reached his boiling point. Many people write off season 5, primarily because it’s not season 4, but the reality is, this episode solidified that The Wire was one of the best of all time.