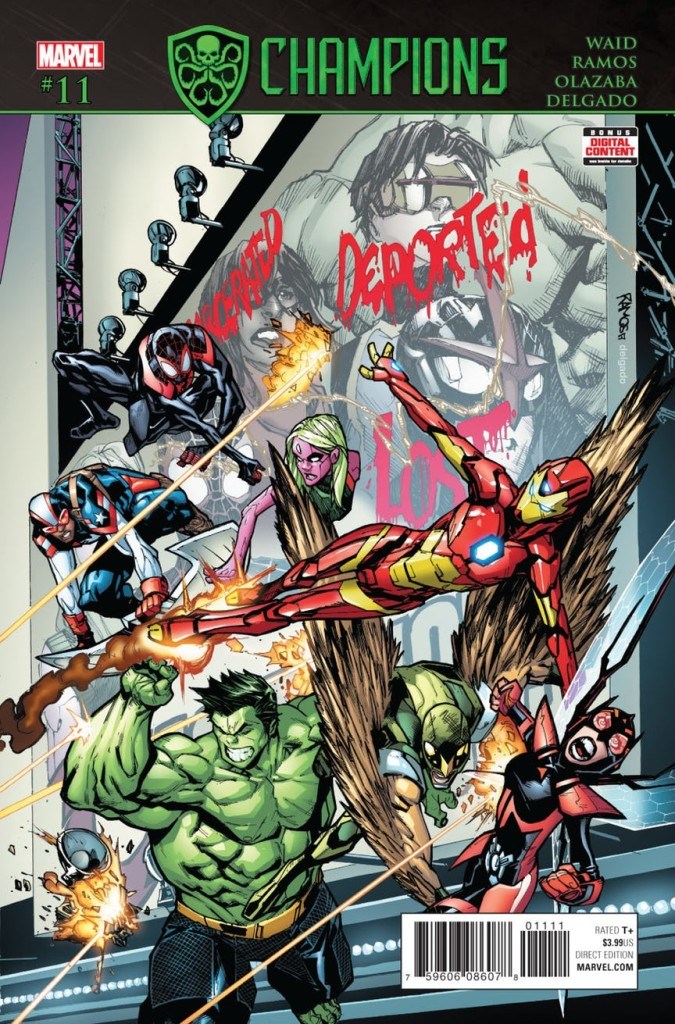 The Champions run through this Secret Empire Hydra event has been more enjoyable to me than the main story line. That’s saying a lot, as the team is mostly dealing with the side missions and fall out from the main event. The Champions are working in three separate teams with some new teen heroes added to the fold this issue in order to find survivors after the Vegas attack from Hydra Captain America.

We see Hulk and Falcon learn more of one another; Wasp and Viv are searching together and discussing their “family” relation; then there’s Patriot, Ironheart and Miles together. The latter is the more interesting team up as we see them investigating an airport and seeing how those passengers died. 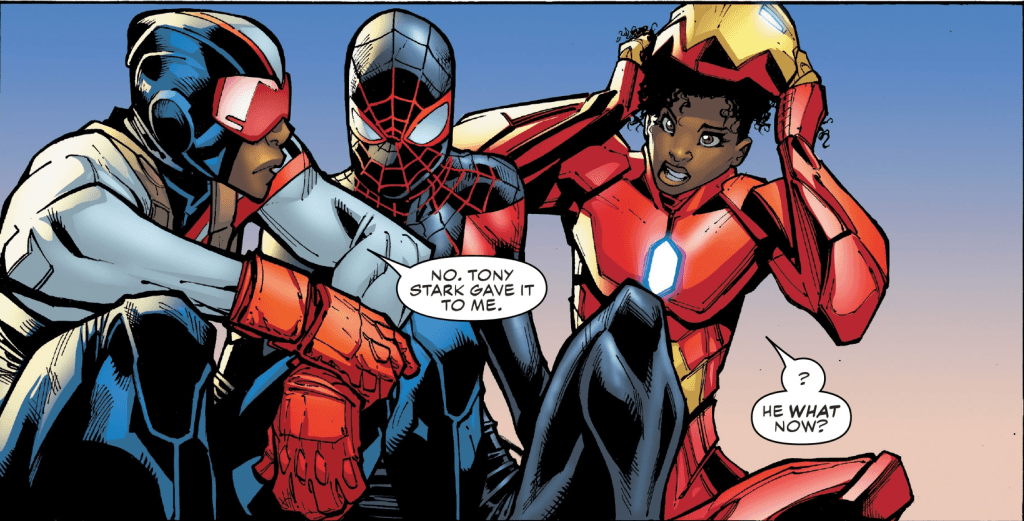 There’s a boiling point back and forth between Ironheart and Patriot that takes place suddenly. They have been at one another’s throats (from what we’re told via Patriot) throughout the day, and when Miles has them air out their true grievances Patriot talks about white privilege being a factor in this Secret Empire and how these Nazis will eventually come for the people of color, which is weighing on him — heavily. This scene lead to a strange gut check for Patriot after a speech from Miles that then left me confused as to why Patriot sidelined himself.

The end result was a cool look. Hope and perseverance in this trying time becoming questioned. The despair and hope were visualized perfectly by Ramos, as if there was even a doubt. Ramos and Victor Olazaba delivered on this issue of Champions. No matter the mood or tone of the issue, they were able to set the pace visually. Ramos proves that to us continuously as the series main artist, so there’s no surprise there.

You can tell this issue is a crossover filler, but it’s a better version of a filler issue and does a lot to build up its characters during this over-arching Marvel story. I’m happy with this one, but will be even happier when Champions gets back to handling their own business again.