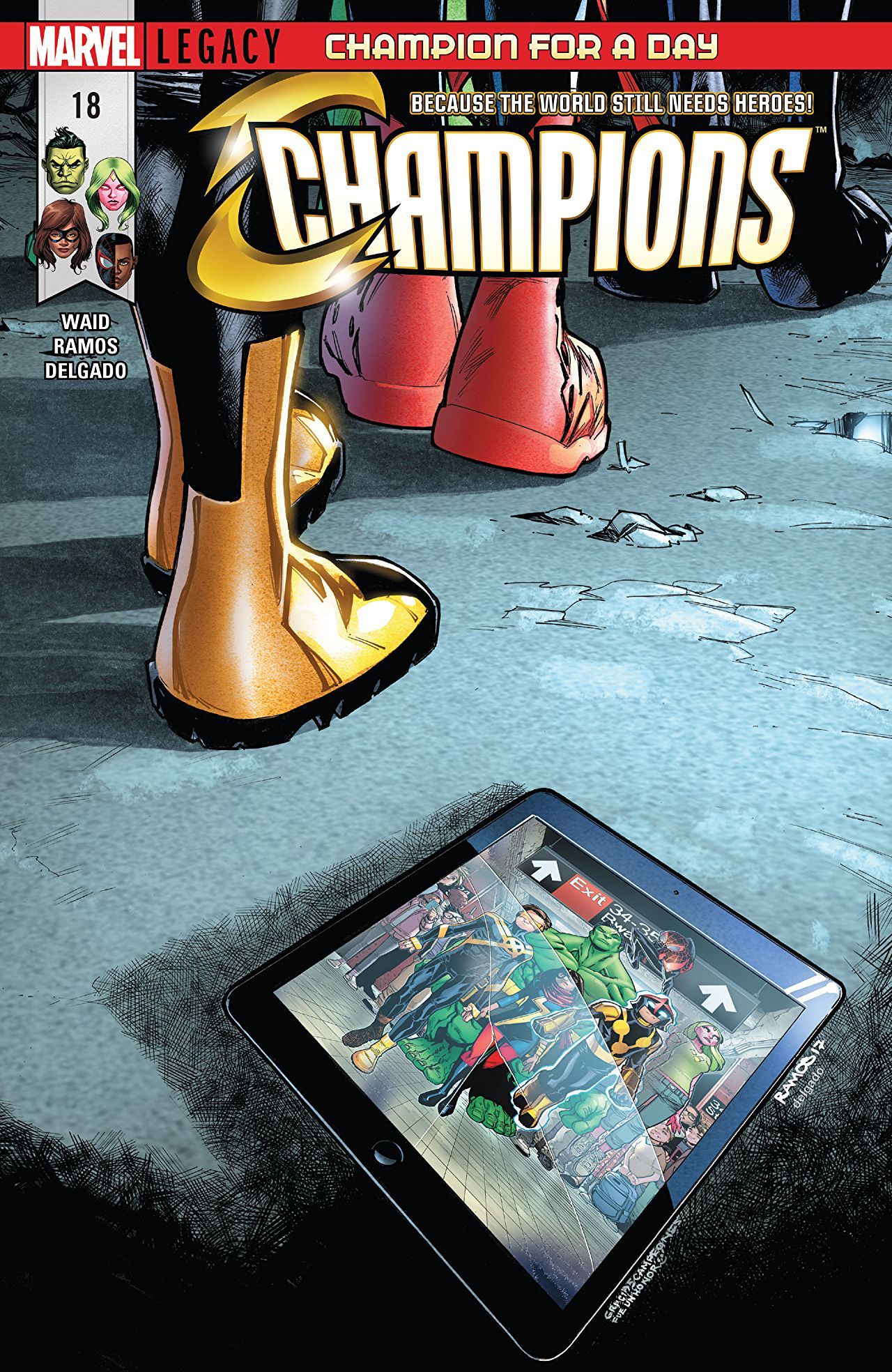 We are now in the aftermath of last issue’s horror show. Viv 2.0 has finally been put down after turning into a cross between Hal 9000 and the serial killer from Scream. Unfortunately, this has left Viv prime in a dicey situation as the Champions discover her over Viv 2.0’s dead body. I just want to note that Vision has to be the worst parent ever. Why are the Avengers just letting this droid loose in these streets? 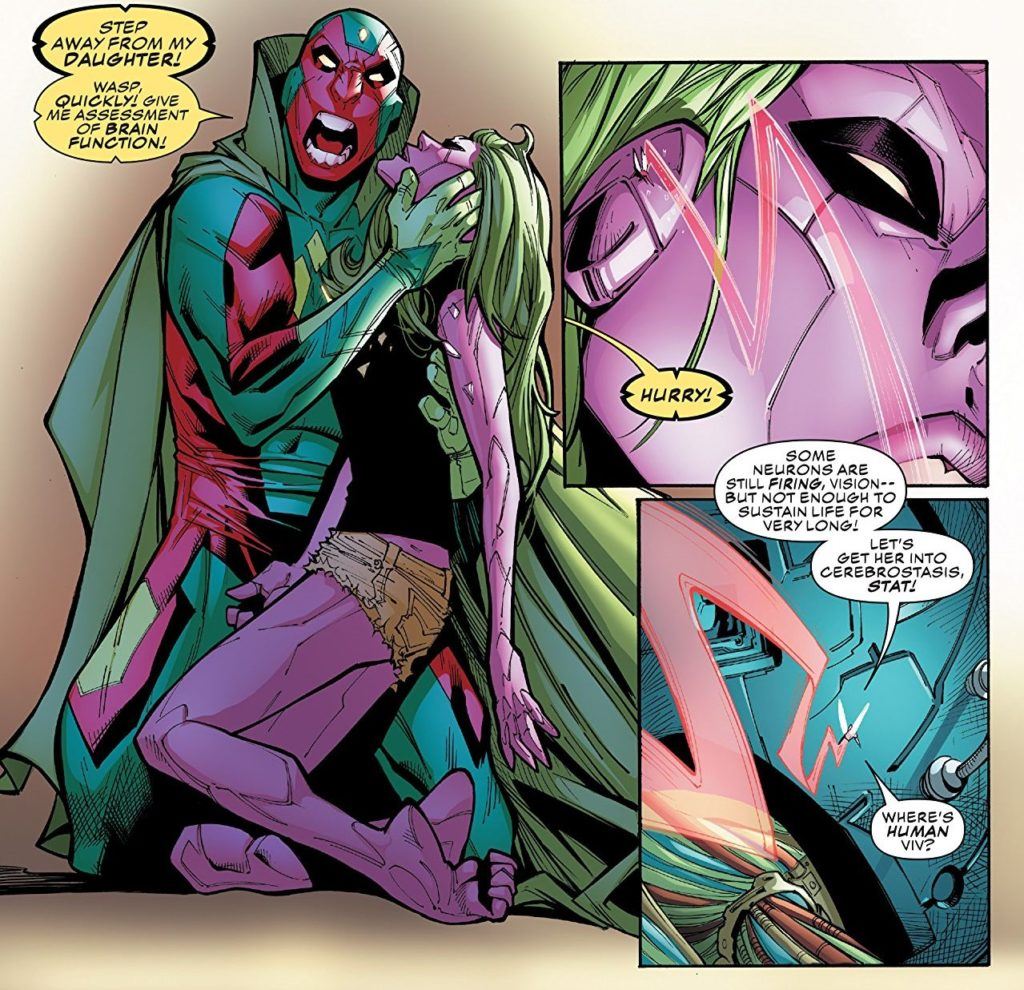 Honestly, the whole situation wraps itself up pretty nicely. Most of the issue is by the numbers and serves as a way to conclude the whole mess with Avengers crossover. This gives the newly expanded team a fresh starting off point, which I appreciate. Waid now has a chance to focus on telling stories that make the Champions different from teams like the Avengers.

One thing that did surprise me was a touching moment between two of the Champions that leads to one of them leaving the team. I’m not going to spoil who is it but it makes sense and it’s handled well. This Champion’s absence will be missed and it is sad to see them go but their exit is a great character moment. We now have a chance to see some of the new members shine and hopefully, Waid will explore that in the upcoming issues. 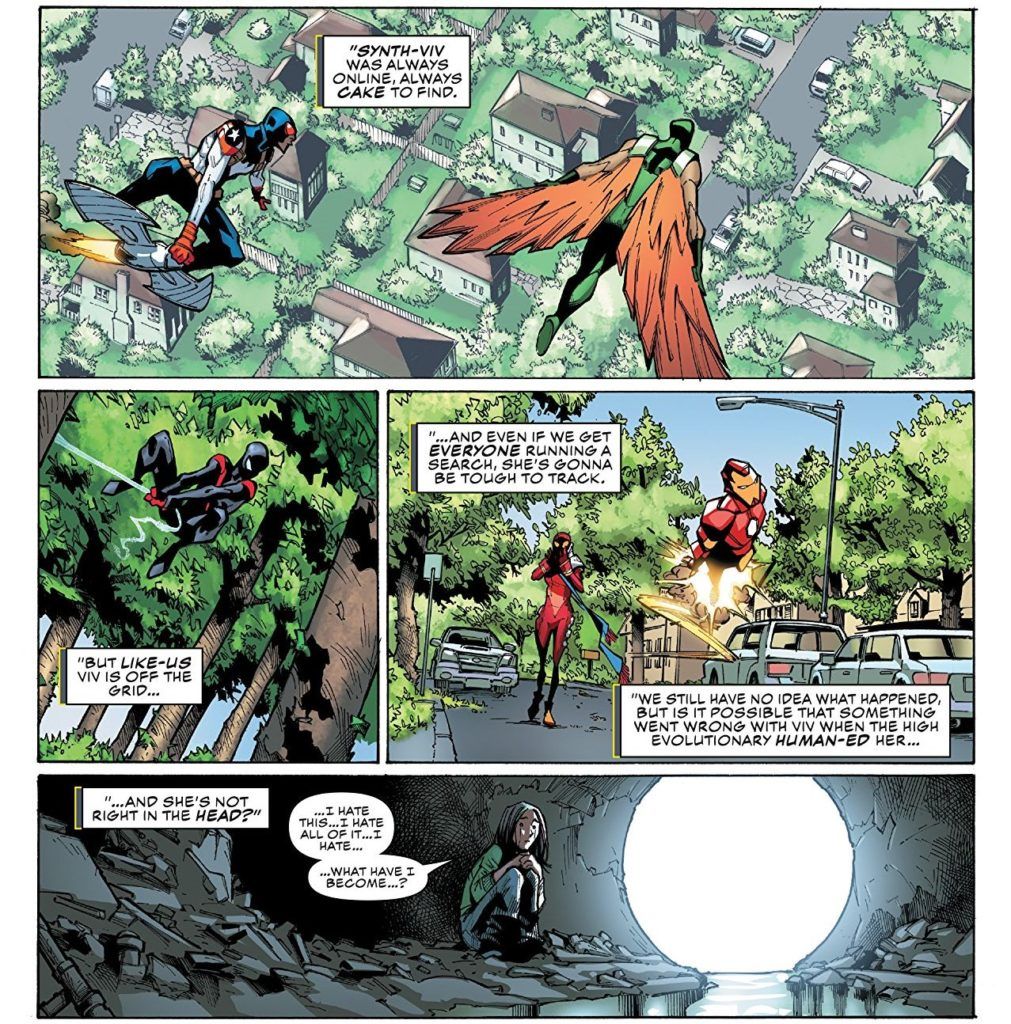 Also, can we get a Champions cartoon in Ramos’ art style? Because I’d be down for that. It’s amazing how well his exaggerated art makes everything look action-packed even in the dull moments.

Overall, I’m just glad that we are moving on from this story arc. Wrapping up lingering plot points and expanding the team at the same time makes the new folks look like foot soldiers without much to do. While this arc is enjoyable in some aspects, what we really want to see is more interactions with the newbies and learn more about these characters. Thankfully, it looks like that is where the book is leading towards.

7.5 Synthezoid Mechanic Licenses out of 10