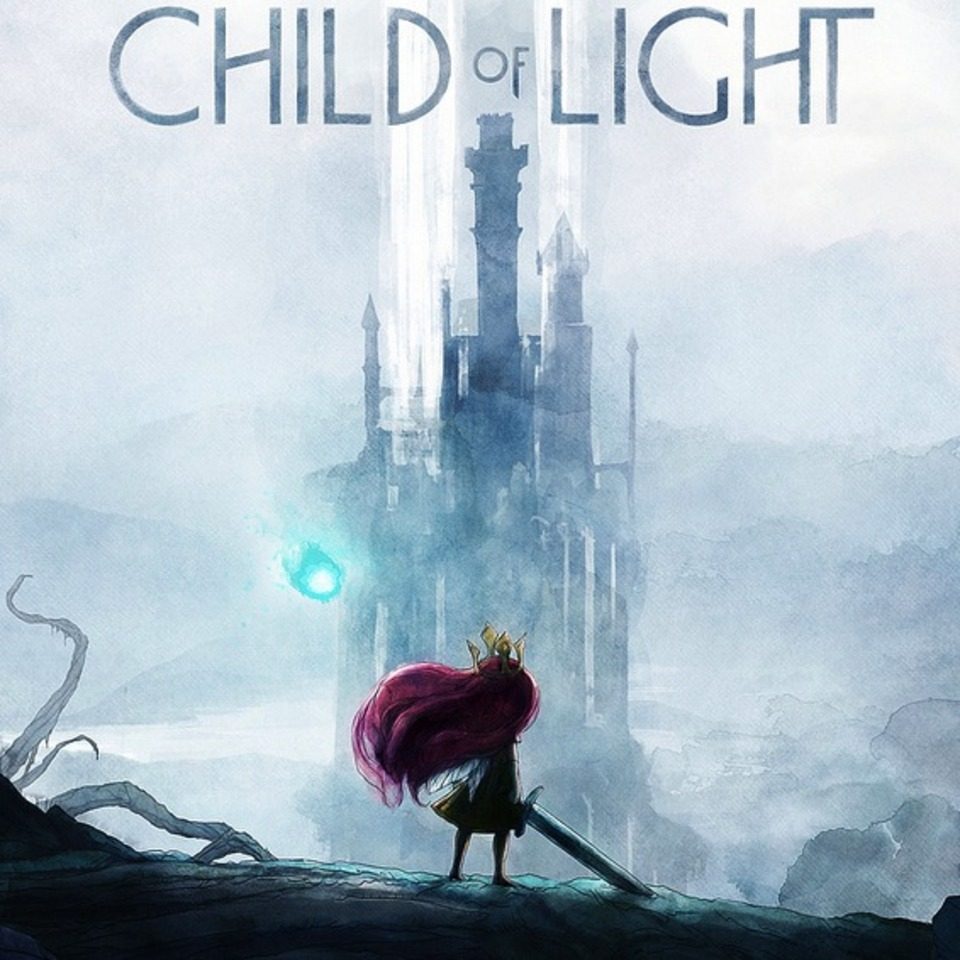 Child of Light is a 2D side scrolling role playing game with a bit of a twist; but we’ll get more into that later. The main protagonist in CoL is Aurora (fitting for the title of the game), a young girl who has gotten separated from her father and is on a journey to reconnect with him.

The story of Child of Light is told as if it were a fairy tale. It includes a narrator who appears as if she’s reading to you as she introduces the characters and reveals the overall plot of the story. For those who remember the opening of Disney’s Beauty and the Beast, it’s pretty much told like that. Also the narrator is the only one with voice acting in this game. The rest of the dialogue between characters is told in text bubbles; wherein lies my only problem with this game: Forced rhyming.
Like I said, this game is told as if it’s a fairy tale and tries to stick true to that theme. At first it’s kind of entertaining and seems to fit with the entire theme of the game, but later on it just becomes downright annoying. The best way to describe the rhyming is incredibly inconsistent. Sometimes you’ll get an ABCB rhyme scheme and the very next set will be ABBC followed by an ABBB and so on and so forth. At some point I just found myself getting really irritated and skipping the dialogue between characters altogether.

The best way to describe the art style in Child of Light is a moving painting. Or if you’re familiar with Okami then you can compare it to that. Anyway, the art style used in this game is incredible. Even though it’s a 2D side scrolling game, I was really impressed with the character designs and landscapes used. Definitely be sure to stop and take a look around, there’s a lot more going on than meets the eye.

The biggest stand out to me was the combat system. The combat is a mixture of both turn based and semi real time attacks. It’s not exactly turn based because if you’re strategic enough you can see to it that your enemy doesn’t get a chance to attack, and not exactly real time because there is a slight waiting period between attacks.
When you enter a fight you’ll notice a bar on the bottom of the screen with both you and your enemies icon on them. At the end of the bar you’ll see a smaller bar labeled “CAST” which prompts you to select and execute attacks. If another character attacks you while you are in your casting stage then you will be set back on the bar causing you to have to wait before you can attack. It’s a complex system with a little bit of a learning curve, but incredibly fun.

After fights you will be given experience points and items to help upgrade your characters. Every level gained grants you an experience point that can be used towards upgrading a characters stats or learning a new ability. Occuli received from battles can also be used to buff character stats such as giving them a boost in EP gained during fights or causing paralysis to enemies when attacking.
Another interesting aspect of the game is Igniculus, a firefly that follows you around in the game. Igniculus has many uses such as healing characters, blinding enemies and can also be used to solve puzzles.

Child of Light is an incredible game that should not be missed. Aside from the ridiculous forced rhyming, I cant pick out much wrong here. And at a price tag of $15 on Playstation Plus, theres no reason why you shouldn’t give this game a try. I’m sure I might get a little backlash on this, but I’m willing to crown Child of Light as the best game in 2014 thus far.

9.5 out of 10
+ Great Combat system
+ Fun cast of characters that are all different
+ Awesome art style