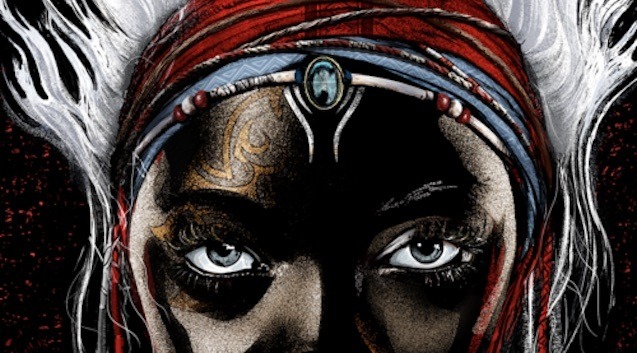 Tomi Adeyemi’s debut YA fantasy novel, Children of Blood and Bone, is ambitious. At a hefty 600 pages, it tells the story of Zélie Adebola and her journey to return magic to her people. This hero’s quest is just the first installment in the bildungsroman trilogy. Already optioned for a movie, the book and its author push back against the erasure of black characters in the genre.

Part of what makes the story compelling is the… well… story. Adeyemi regularly mentions in interviews that the idea for the book stems from a desire to rebel against that erasure. Drawing from the Black Lives Matter movement as well as the current political landscape, she creates a world that is largely analogy mixed with African/black mythology. The result is a full, rich world with a believable set of laws, social classes, and *cough, looks at government, cough* institutional oppressions. Because these circumstances are so relatable and accessible, it’s easy to buy into the world. You want to root for Zélie and her companions on the quest because on some level, if you’re a POC, it’s your quest, too.

The author uses alternating points of view to move the plot forward. Each chapter is told by a different character. While this allows Adeyemi to withhold and reveal information from the audience and to make clear what each character knows, doesn’t know, and/or is hiding, it left me wanting. The technique absolutely fits the story, but the voices of the characters themselves do not vary enough for us to get a distinct feel for their personalities—even after spending time in their heads. The characters vary widely—class, gender, proximity to trauma, education, occupation—so when they think in ways that are more similar than not, it’s noticeable.

This leads to a few instances of uneven writing. A character reveals a secret in a way that seems at odds with what I’ve been told about them or two distinct characters arrive at a conclusion through an almost identical thought process. This is not to say that the book isn’t enjoyable (it is), but that these places are reasons to disengage from a story that is being told at the exact right moment and for, I think, the right reasons.

Which brings me to another thing that makes the story compelling—Adeyemi herself. I’m not going to lie, I was a more than a little choked up when I saw this:

Don’t really have words for this moment. Have officially held my first book. I cannot wait to share #ChildrenofBloodandBone with you all in 30 days

Adeyemi’s story feeds the soul. 23-year-old sells her first book as a trilogy to a major publishing house for a reported seven figures. And we’re going to get a black, black, blackety black fantasy movie too? I’m here for it.

That her #blackgirljoy about the entire process has been documented all on her Instagram and Twitter allows us to root for her like we have a date for brunch on Saturday. She could be one of the homies. If you are a black creative in a world that does not often value your voice, her glow up is all at once, proof and evidence and incentive. That, as much as representation, draws us in.

In terms of representation in the realm of YA fantasy, almost every nerd I can think of knows which Hogwarts house they belong to, but now we have a different kind of sorting we can do based on the African-inspired mythology that Adeyemi has created in her Orïsha universe. Which Maji clan do you belong to?

While this may seem like a small thing, it’s not. Black Panther and A Wrinkle in Time offer us a way to see ourselves included in genres we’ve been left out of and that’s important. So, too, does Children of Blood and Bone offer us an invitation to places we’ve been excluded from, but also offers us a new paradigm to think about ourselves. How often have I called myself a Vulcan or a Ravenclaw? Now I can claim my Maji clan as well because it’s sometimes more important to create your own language than it is to use someone else’s. Adeyemi has tried very hard to do that with Children of Blood and Bone and, with two more coming, who knows who will listen?