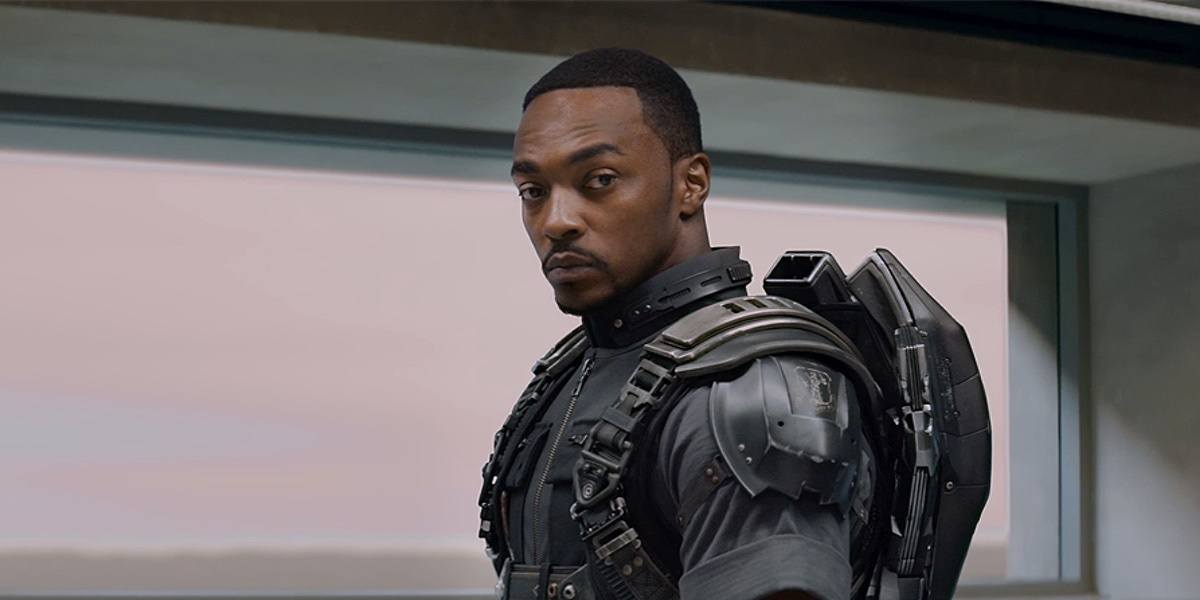 Okay, folks, it’s time we talked about Sam Wilson. Yes, the Falcon and soon to be Captain America. After about five major MCU movie appearances, there has been something that’s been bothering me, itching the back of my mind for years now. Powering through the incredibly uneven The Falcon and the Winter Soldier, I finally realized what it was – Sam Wilson can’t fight.

It’s been killing me for years, but Sam Wilson has got no hands and he’s taken nothing but L’s his whole time in the MCU. Once I dug deeper down this rabbit hole, gotdamn is it embarrassing.

I first noticed Sam Wilson’s lack of fighting ability back in Captain America: The Winter Soldier, and it seems that any time the winged Avenger gets into any type of close combat/hand-to-hand situation, he gets his ass handed to him. Yes, admittedly, when it comes to taking down nameless henchmen, Sam does pretty alright but whenever the real fight comes around the man just can’t win.

Round One: Sam Wilson vs. Crossbones

Okay, really look back at The Winter Soldier, a movie where Sam has a pretty cool introduction as the Falcon. During the final battle, after Sam is pretty much grounded by Bucky (more on that later), he heads to intercept Agent Rumlow, better known to MCU fans as Crossbones. It’s a short fight, but it’s telling. Even after sucker-punching and getting the drop on Rumlow, Sam Wilson is basically on the losing end of this fight. He’s getting tossed around by a regular dude wearing suspenders. Honestly, if it wasn’t for the Helicarrier crashing into the building and bailing him out, Crossbones would probably still be playing wack-a-mole with his face.

Round Two: Sam Wilson vs. Ant-Man

You know, at first, I gave Sam the benefit of the doubt. He’s not really a close-ranged fighter, he’s an airman. The fly-in, fly-out type but then I thought about it. That can’t be right. Sam’s wings were practically built for getting in close to the enemy and close combat situations. So, my next thought was that his fight with Crossbones was unfair, because he didn’t have his wings. Then I saw Ant-Man… I saw Falcon in full gear, as a full-fledged and trained Avenger get disrespected in these streets. I don’t think y’all understand how bad this fight makes him look. Scott Lang was an electrical engineer and thief who had only a week’s worth of training in martial arts. How Sway? Scott beat Sam so bad he made him look like it was his first day on the job. So bad that Sam literally tries to pretend it never happened.

Round Three: Sam vs Winter Soldier

Bucky has been kicking Sam’s ass ever since the two first met. It almost borders on bullying. Sam’s off-brand Wing-fu means nothing to Bucky. When it came down to the final battle in The Winter Soldier, Bucky made light work of those wings, pulling Sam out of the air like a kite and ripping off those wings like he was playing with a butterfly. For good measure, he kicked him off the helicarrier like they were in a live-action game of Smash Bros.

In Captain America: Civil War, it just gets worse. Sam had no chance against a fully activated Bucky in his jail cell. Just … just look at this.

How do you get snatched by the jaw, one-handed, and tossed across the room reverse palmed? Sam walked into that room unprepared, ill-equipped to defend himself. You know because he can’t fight. I know Bucky is a Super Soldier but come on man, protect yourself at all times. Bucky had Sam pinned against the wall like a child.

Round 4: Sam vs. Spider-Man

Okay, this fight looks bad on both Sam and Bucky’s part. You would think a highly trained 80-year assassin and a man with years in specialized combat situations would do a little better against a 16-year-old kid with spider powers but look at this.

Bucky gets his fade palmed, and it seems Sam’s specialty is getting kicked in the chest. What’s worse is that Pete makes it look easy. He’s so unbothered by the two of them that he has time to admire Bucky’s arm and Sam’s wings. How sad do you have to be that a newborn superhero is more preoccupied with talking shop than worrying about if you are going to hurt him?

Round 5: Sam vs. The Flag Smashers

Here’s the one that finally brought me to my wit’s end. One of the first major battles in The Falcon and the Winter Soldier is Sam and Bucky against the super soldiers, the Flag Smashers. Sam taunts Bucky with “That little girl is kicking your ass.” Sir … you’re not doing any better. Hell, you are getting your ass beat just as badly as Bucky. In the two years that you and Steve Rogers were on the run, did the man not teach you one bit of self-defense? Steve knows at least 11 different martial arts, but you couldn’t be bothered to ask him to teach you something? Something?!?!?

Listen, Sam, you can’t be the next Captain America by getting washed all up and down the MCU. Otherwise, John Walker won’t be the only one disgracing the shield. I had hoped that his fighting ability would get better over the course of the series, but the man is just out there making himself look bad. If Bucky hadn’t bailed him out of the fight with John Walker, he’d be looking at the sharp end of the shield himself. Who knows, maybe by the end of The Falcon and the Winter Soldier Sam might learn how to throw a punch. Instead, he’s just out here just looking sad in the superhero game.