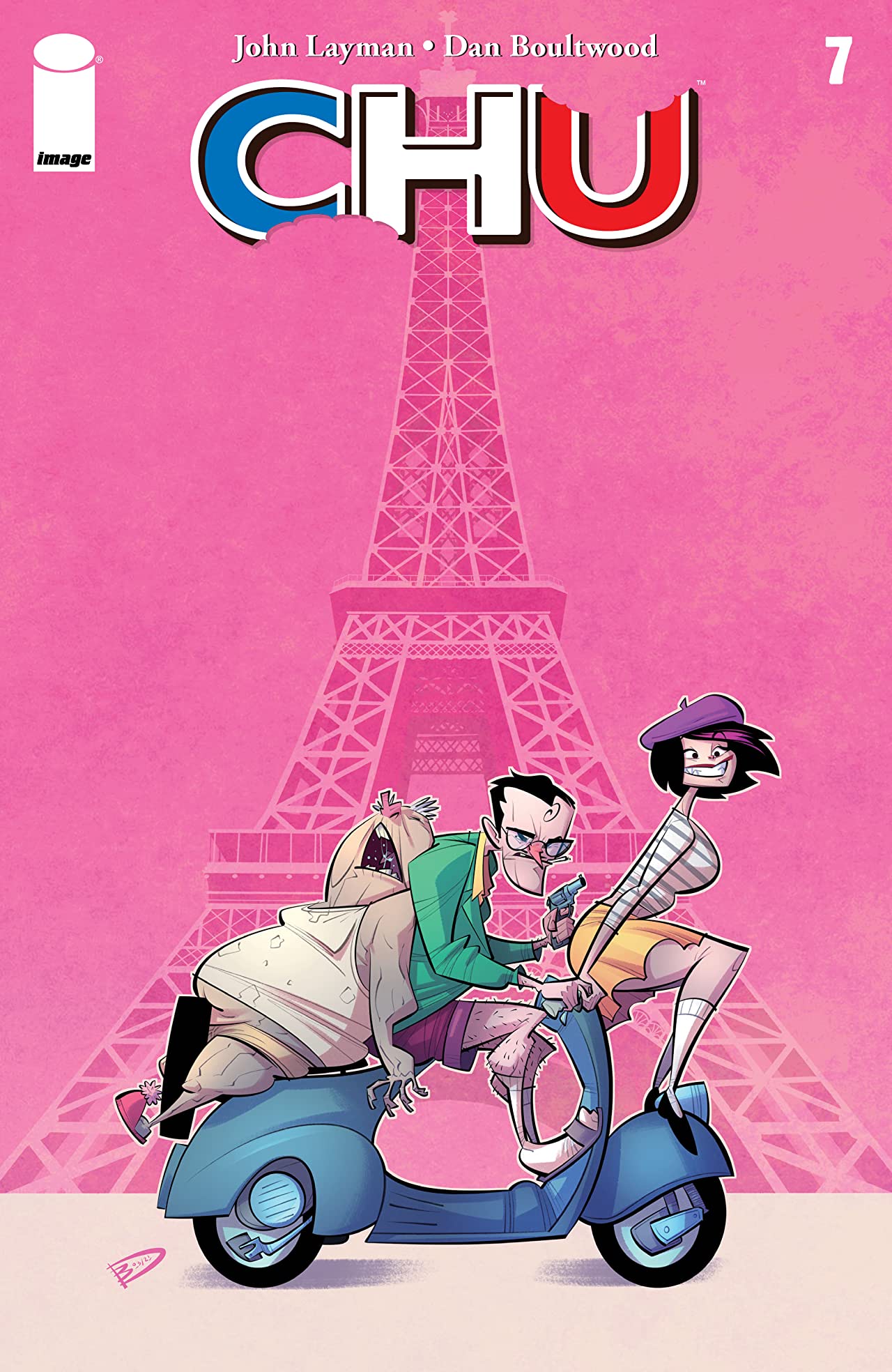 The original Chew was characterized by widely out of pocket story lines that all culminated in various shenanigans on various scales. With Chu’s second arc fully underway, I am very much convinced that a similar energy is very much still there. Saffron is fully independent, and I expect that we’re going to be treated to a similarly sweeping set of vignettes that will take us all over the place, and I’m here for it.

Chu #7 finds Saffron and company staking out a score in France. Eddie gets to show off how despicable he is, and Saffron gets to show off all of the new skills she’s acquired after a stint in lock up. Layman’s comedic writing is matched perfectly by Boultwood’s command of physical humor. There’s a little occurrence of deja vu given that the issue does center a significant chunk of its page count introducing a new crew full of unsavory criminals, but this time around more of the action is anchored on Saffron and she does well in the spotlight.

Layman’s writing and lettering really helps to endear me to the series. The way that the exaggerated texts plays with the cartoonish elements of Boultwood’s writing is a consistent joy. Now that the story is completely uncoupled from its sibling series, it’s easier to appreciate the angle that this new series is going. The crime of the arc format works well when we get to focus our entire time on the side of the criminal (as opposed to splitting time with the investigators in the first arc), and comical, over the top violence feels a little bit more at home. There’s lots of fun meta-textual narration and sight gags, and I’m truly glad that I came back for a second course.

The conclusion of Chu #7 launches the story on an entirely out of pocket tangent, and I am patiently waiting for the next installment of the madness. This does not occupy the same niche that Chew once did back in the day. Instead, it takes the food-related powers malarkey and delivers in droves of entertaining moments with its own ambitions that old fans will appreciate, and new fans will be able to latch onto properly. The debt of exposition has been paid, and the dividends are paying off in this arc.