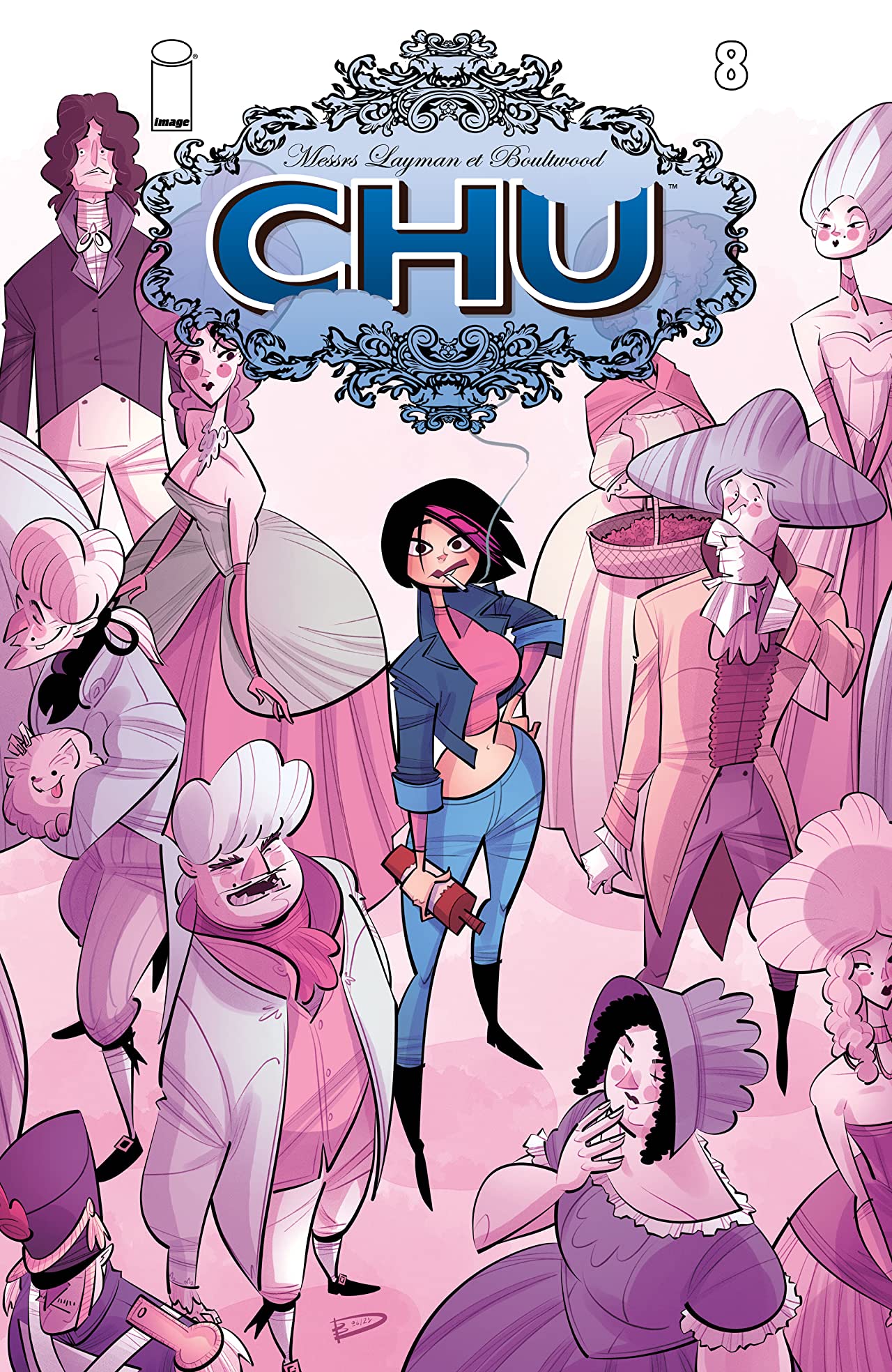 I was very vocal when Chu was put on the shelves because while I appreciated individual elements, the first arc of Chu felt less like the first serving in multi-course meal and more like an extended ingredient preparation. There was a fair amount of bookkeeping of the greater Chew-ineverse done, and it was really only at the end where we got to appreciate how buckwild “Chew, but about food criminals instead of food detectives” would truly. Thankfully, the second arc (She) Drunk History has been a welcome pressure cooker of an experience that truly shows that John Layman has so many exciting plans for Saffron, and I am so excited to see them come to fruition.

Chu #8 starts with a brief prologue, as has become a running gag in the series, that explains some crucial information that helps contextualize the truly wild events that are about to occur. This week there was a brief history lesson of how Saffron’s grandfather became aware “vineteporus,” an alcohol that allows you to time travel back to the year it was created. And honestly, that’s a truly bizarre sentence, but in a world where Saffron went from being a con woman who used her ability to steal information from marks to being a super thief with an large repertoire of various criminal enterprises after years in jail, time-traveling alcohol barely phases you. And that’s the wonderful thing about Chu. The world has already established that it has no limit on what food-based shenanigans can happen. A recurring thread in the original Chew was a robotic chicken that did black ops for the US government. It’s only sensible that there is time-travel wine when you think about it.

And watching Saffron navigate 1800’s France is also just a joyful experience. Layman has jokes on jokes and Boultwood is able to depict the world in a beautifully cartoonish way that’s just fun to experience. The recurring bits land squarely like a fist to the face. The brief flashbacks have a natural cadence to them. All of the annotations deliver exposition brilliantly with a comedic flair.

Chu #8 shows Layman and Boultwood in their element, cooking at full steam. If the first three issues of (She) Drunk History are any indication of the caliber of content that is to come, you and I are going to be reading this comic for a very long time to come (and likely going to see an animated adaptation before long). It’s energetic and, even though it feels like a fever dream explaining all of the things going on, I’m more than willing to suspend all of my disbelief because it’s just fun at the end of the day.