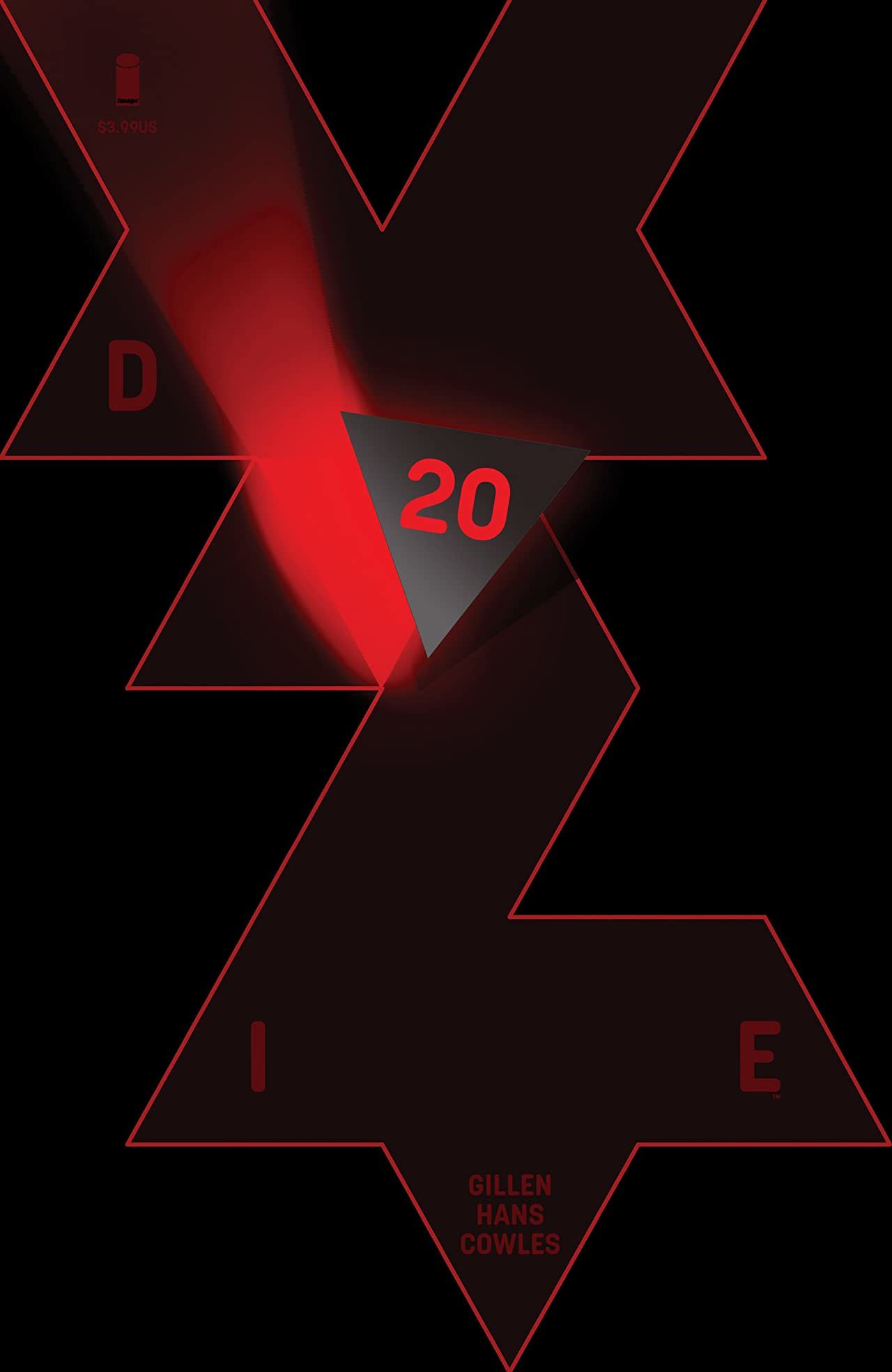 Before talking about Die #20, let me recap how we got here.

At the tail end of 2018, writer Kieron Gillen, Stephanie Hans, letterer Clayton Cowles, designer Rian Hughes, and editor Chrissy Williams let Die out into the world. Called “Goth Jumanji,” the comic is a tour de force of speculative fiction that asks a single question: why do we play tabletop role playing games?

Each issue of Die, past the inaugural issue, opened with a chapter title, brief synopsis, and a character sheet that reminded the reader of the party. Die was a fantasy world with very specific rules governing the world. Each of the characters had very specific powers, and each issue was an invitation to get deeper into the world and understand the lore behind the game. Familiar archetypes were bent and broken. Tropes were tinkered, toyed, and utterly dismantled. Die became a fascinating parallel deconstruction and construction of the world, an elaborate web of literary and historical allusion that captivated me and my friends.

Hans’s artwork was incredible. Gillen’s writing was suberb. And my love for the series was cemented when Gillen also released an actual Die RPG beta that I was fortunate enough to run a mini-campaign with my friends where I assumed the mantle of Grandmaster.

The first quarter of 2020 was normal until I was hospitalized in February due to a medical condition that has since been managed. One of the consequences of my hospitalization was that I was unable to attend my long-standing D&D and Starfinder campaigns. By the end of February, we resumed our normal sessions, but then COVID had other plans.

Die also went on hiatus for a bit. Die #10 (seemingly the only issue I did not formally review) marked the end of the second volume. In June 2020, Die #11 resumed. However, since in-person tables were not recommended at the time, I lived for my monthly dose of TTRPG goodness that was Die. The lore was getting deeper. The conflicts more intense. Every issue forced a constant re-contextualization of everything that came before it. Die was slowly asking us more questions about our relationships with games, with escapism, with each other.

In the blur of 2020, people were looking for connection, and Dungeons & Dragons was certainly the most iconic of systems. As someone who loves games, I decided to teach people how to play. And Die nagged at me with a tantalizing simple proposition: was this a blessing or a curse? What have you wrought? How have you forever changed them? Of course, my games had less perilous end of the world stakes, and I am clearly being overly dramatic, but the circumstances are parallel. We make our own worlds to cope with the fact that the real world is not always to our liking.

Somehow the pandemic is still going on. And somehow Die is ending. When Kieron Gillen announced that the series would be coming to its fated conclusion at #20, it just made sense on a fundamental level. And this is not quite a review of Die #20, because it’s impossible to look at a single issue of one of the most relevant and brilliant comic series of the last few years. This is a story that, over the past three years, interrogated genre and media. This is a story that attempted to answer the impossibly nebulous question: “why do we play games,” and you know what…it managed to do it.

Die is at its end, but it’s also a beginning because of course that’s how campaigns work. The game lingers, the personas we crafted and cultivated don’t quite leave us. We discovered things about ourselves and make new moves because of it. Die #20 signals the end of an era, and I want everyone to experience this story for themselves. It has been one of the best journeys I’ve been on in a while. And just to make sure, it’s one the record, this issue and this series gets:

Statistically improbable I know, but goddamn, this team defied all the odds several times over. This is a book that leaves an impression, and it’s never too late to pick it up for yourself.