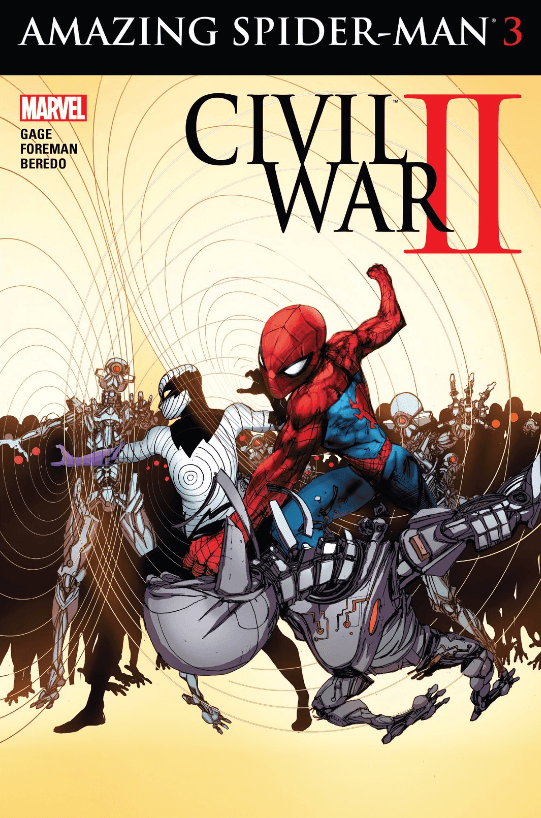 Yo, issue #3 of Civil War II: Amazing Spider-Man was all over the place. Readers were successfully put on the hook last issue and forced to wait and see if Clayton Cole had fallen completely off the reformed super-villain wagon or if he’s was just going through a lapse in judgment. We get that answer, which results in a beautiful fight between robots, sonic waves, and your expected webbed acrobatics. Everything up to that point was pretty enjoyable, even as we saw a character go back and forth between being a hero and villain more times than WWE’s Big Show.

But after the fight, when Spider-Man takes it upon himself to punish Cole for using his abilities again, things get a bit hard to bear as it comes off pretty awkwardly. Clayton comes off more like a drug addict being forced into rehab than a person being given a second shot. And, look, I get the whole “supervillainy is an addiction” metaphor that we’re going for. But it doesn’t have to be that on the nose, does it? I mean, dude looked like he was a week into withdrawals and Spider-Man was telling him he had to go cold turkey. Then that’s what gets him to go full-on heel and illogically try and kill the guy that was giving him a second chance. 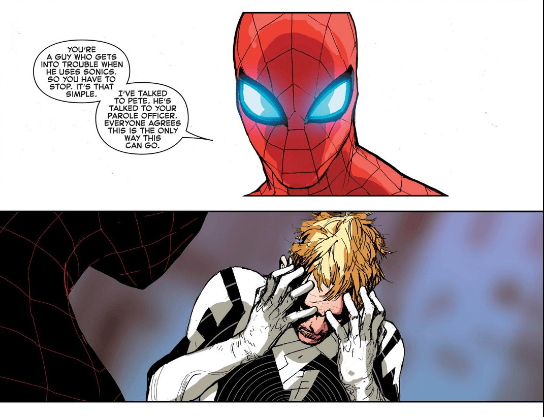 The first two thirds of this issue were good, standard Spider-Man with an interesting supporting cast and plenty of light-hearted comedy. But the last part kind of comes out of nowhere.

7 Unnecessary Cold Sweats out of 10