The film follows Cole (Caleb McLaughlin) from getting bounced from school in Detroit and sent to North Philly to live with his father Harp (Idris Elba), a legit hood cowboy. Pulled between his growing relationship with his father and their horse-riding community, the specter of gentrification, and getting caught up in the street life, Cole has to make some important choices. Concrete Cowboy delivers a solid and realistic coming of age movie with the perfect synergy of veteran actors/performers (Elba, Lorraine Toussaint, and Method Man), rising stars (Oscar winner Jharell Jerome and McLaughlin), and local talent courtesy of the real-life Fletcher Street riders.

Horses in These Streets

From the rural backwood farms of Tallahassee, Florida to the urban colonial cityscape of Philadelphia, Pennsylvania, Ellis Ferrell had a love of working with bulls and horses and in the 1940s was already traipsing steeds up and down these streets. It took him forty years to move on from renting horses to having his own stables, where the present-day Fletcher Street Urban Riding Club was formed.

Concrete Cowboy centers on the community of Black cowboys and cowgirls striving to maintain a culture often left out or erased from the history of Black identity: that we were the pioneers of legend. Concrete Cowboy keeps a firm hold of the challenges that face the next generation through the lens of these practices, thought lost to erasure.

For way too long have we dealt with movies centered on Black families that recount hardship and little else. Concrete Cowboy is switching it up, like a blueprint for the antithesis of the ‘slave movie’. Credit has to be given to Gregory Neri, the author of the YA novel Ghetto Cowboy that served as the source material for the film. The entire cast is stellar and what makes Concrete Cowboy stand out from the multitude of “Black” movies is its authenticity. From the casting of real-life Fletcher Street members to director Ricky Staub being a Philly native himself, to the use of frontier folk rituals to ground this film. Concrete Cowboy is a counter to the ‘slave movie’ blueprint without ever trying to be.

So much of Concrete Cowboy is themed around the allegory of “breaking” horses for raising youth. It comes on strong and is rebuked by the Fletcher Street riders, noting that ‘breaking’ was the slave masters’ practice for molding beasts of burden. Slaves understood that empathy and compassion did more for growing horses as living beings used for burden. Concrete Cowboy pays homage to that ancestral knowledge and expands on what we typically see regarding the Black experience in cinema. Concrete Cowboy is a well-done and timely coming of age film in the era of the Movement For Black Lives. If all else fails, you ain’t gotta like it, ‘cuz the hood gon’ love it. Concrete Cowboy hits Netflix today, so check it out!

8.5 Gentrified Neighborhoods out of 10 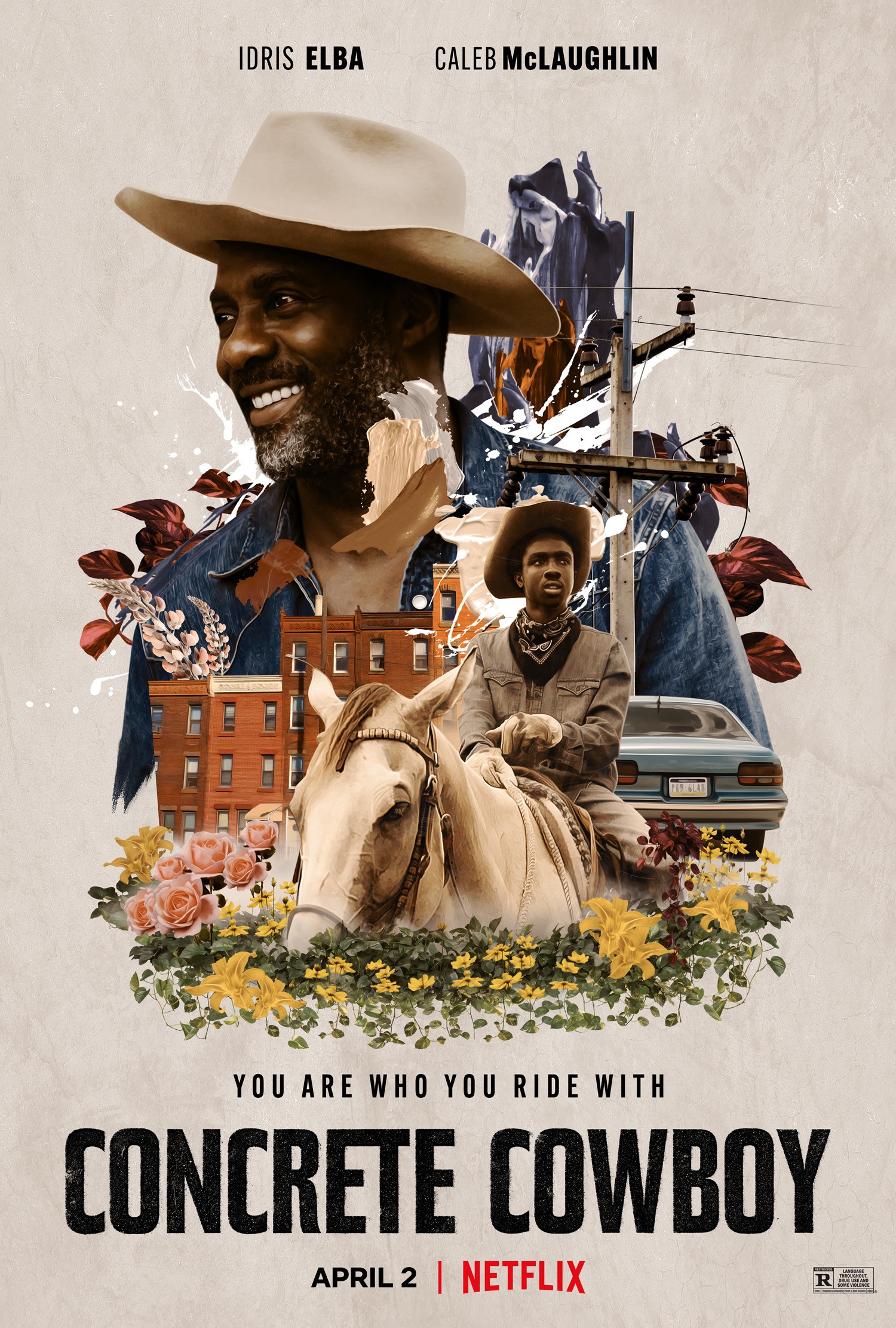