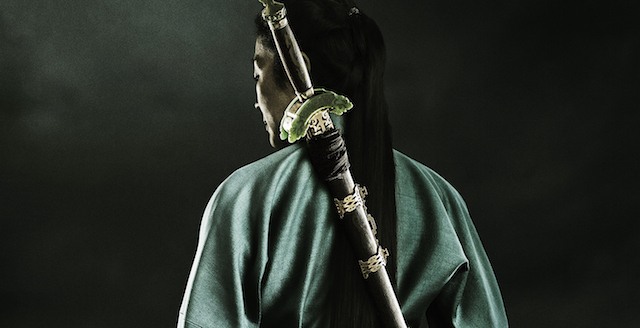 THROUGH NETFLIX, ALL THINGS ARE POSSIBLE.

It’s been 15 years, yo. Fifteen years since Crouching Tiger, Hidden Dragon captivated American audiences and frustrated xenophobic folks with uncompromising subtitles in theaters. Probably the most critically successful foreign film in American movie award history, Crouching Tiger said fuck your western martial arts heroes, fuck your suspension of disbelief, and fuck happy endings; you ain’t seen no shit like this. Not only was it filmed in the incredibly gorgeous Hongcunzhen Village near Yellow Mountain in Anhui Province, the first time it had been allowed to be filmed, but it brought together three great stars that have captivated Chinese and American audiences alike. The introduction of Zhang Ziyi or putting Michelle Yeoh in a deserved starring role are already enough to make the film a classic.

Over the years, so many rumors have cropped up about a sequel, while plenty of successors or other inspired projects have followed Crouching Tiger without ever capturing the same magic. But because Netflix is basically the Marlo Stanfield of the TV game and taking all the corners, they ain’t messin’ around with movies either. How the hell a streaming service got the rights to produce a sequel for one of the most memorable films in the last 20 years is beyond me, but here we are, getting a brand new Crouching Tiger in early 2016, the new year of our Lord. I’m watching this trailer and as much as I enjoy Into the Badlands, I feel like this shit is screaming at AMC: I SHOW YOU HOW TO DO THIS, SUN.

Sadly, Chow Yun-Fat’s Master Li been dead and Zhang Ziyi’s Jen Yu literally entered the void with no earthly teather at the end of Crouching Tiger, but DA GAWD MICHELLE YEOH AS YU SHU LIEN BACK and giving out ALL THE WORK, fam. Yu Shu Lien been one of my favorite movie characters ever since she went head up with the Green Destiny by repeately grabbing every weapon in China.

So new villains are abound, but it looks like the sword is still the ultimate source of power, and in the wrong hands could destroy a dynasty. You know, everyday unstoppable power in the clutches of evil type shit. HERE FOR IT.

Crouching Tiger, Hidden Dragon: Sword of Destiny launches on Netflix on February 26th. Netflix talking about some #CTHD, but I’m rockin’ with #TigerInDaStreets. Only a couple of months till we get the continuation of some non-physics based sword-on-sword action.