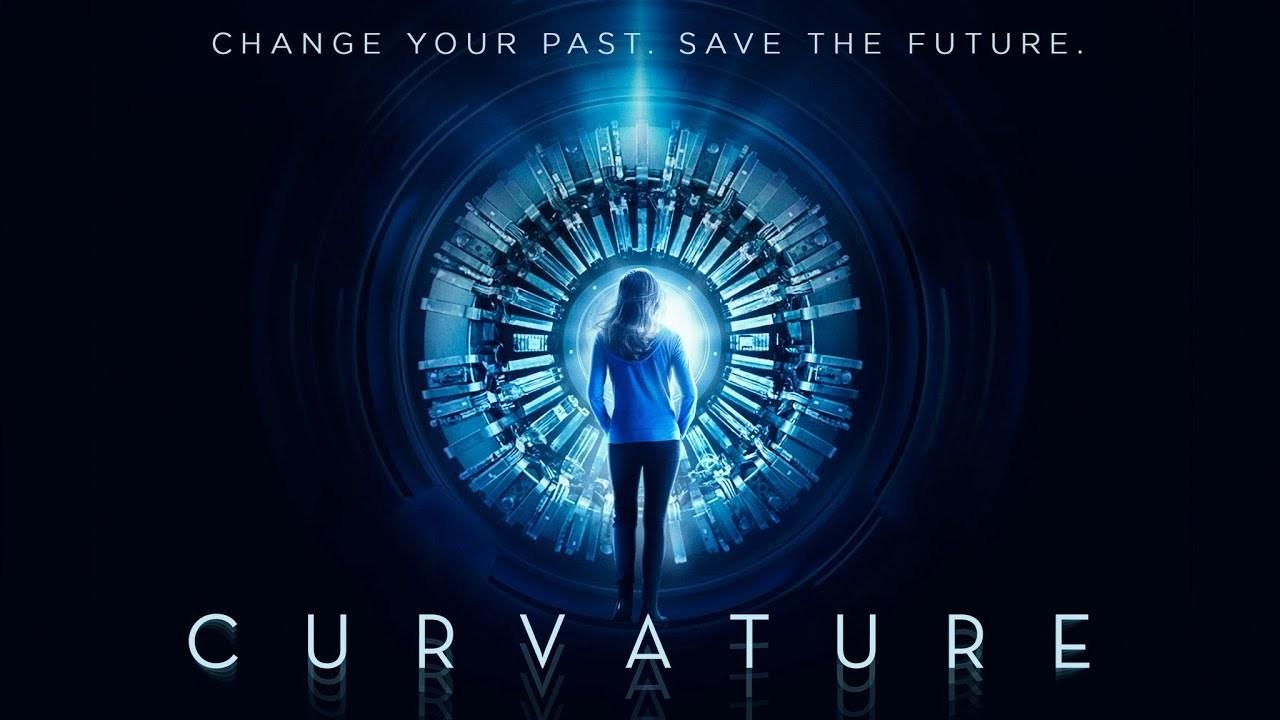 Curvature is an independent sci-fi thriller from young director, Diego Hallivis. It features elements of time travel shrouded in murder mystery, with a hint of romance and touch horror. After putting in that film festival work and generating a little buzz, the movie was released to mixed reviews by critics and somewhat favorable reviews by general audiences. I enjoyed the beautifully shot indie film for it’s smart take on such a heavy science fiction and physics driven premise, but also felt Curvature lacked a little excitement in the attention grabbing department. Filled with tons of mystery, intrigue and a bevy adrenaline filled moments, Curvature is a cool movie that pushes the envelope on time travel films. *Minor spoilers to follow* 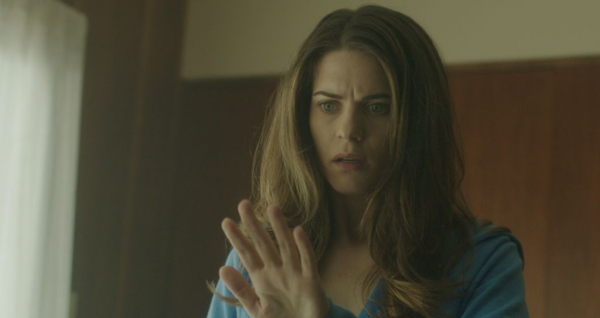 The first thing that jumps out about this movie is the unflinching beauty of it all. The filmmaker does not shy away from his vision, and my–is it a gorgeous vision. From the tonality of the film’s opening, to the close up shots of raindrops beading off of a car, there are scenic looks that will raise eyebrows and carefully crafted close ups that will impress. On top of that, there are a number of trippy, little scenes scattered throughout the movie that will have you questioning which direction the plot is going towards, before circling back to our main character, Helen.

Not long after her husband Wells (who was on the brink of a scientific breakthrough) commits suicide, Helen wakes up without any recollection of what happened to her for the last week. She immediately enlists the help of her colleague Alex, after she is unable to make sense of the phone call she receives from herself. Yeah, I said it. Herself. The voice helps her avoid a would be attacker, so she’s relieved to have some help, but also bugged the fuck out that someone that sounds like herself was directing her out of a likely homicide.

Much of this 90 minute film is an adrenaline fueled thriller where Helen discovers strange boxes filled with hunting rifles, secretly recorded video tapes of her husband and his business partner, and facilities that she has no comprehension of. She’s on a mission to figure out how she caught the amnesia treatment, and is forced to make plenty of tough choices as she begins to piece together the last three days of her life. Her friend does his best to be the voice of reason, but he only alienates himself from her after he makes a wrong call that almost gets her killed.

While the heart pounding part of this pseudo-chase film is under way, we are treated to glimpses of her husband’s path to building a time machine. It’s a surprisingly relatable angle, considering the intricacies of such an ambitious idea. The main reason for that is because of Helen’s husband’s stance on the what to do after the project is completed. His ideals, along with his partner’s opinion on the matter are the direct cause of Helen’s predicament and the underlying root of everyone’s situation. I really like that audience is given a few glimpses of backstory and context, instead of being spoon-fed the entire history.

You’re dropped into this incredibly horrifying moment in a woman’s life and witness her uncover the truth while trying to remain true to her progression. Overall, the acting has its ups and downs, but Lyndsy Fonseca carries the film for majority of the hour and a half sci-fi movie. Fonseca does a great job as Helen and progressing from confused and grieving woman to tenacious detective. An appearance from Terminator legend, Linda Hamilton in the role of Florence, gave me confidence that this low key film was bound to be a good investment of my time.

While some of the supporting cast’s acting is a bit suspect, and the writing relies on a few too many cliche lines, the final product is a remarkable feat for the budget and youth of the creative minds behind Curvature. The post-production work and special effects are really on point and make most of the movie look way more expensive than it is. Every now and then I found myself expecting to see a choppy transition or some some weak aspect of editing and the movie consistently delivered high quality results. Curvature might not skyrocket into your top 10 movie list, but it certainly stands on it’s own two feet and shows just how much potential Diego and his brother Julio, the Hallivis brothers have and make them worth watching for what projects they will bring to the table in the future.The morality of your being will be tested while watching this one, and it provides a great platform for the discussion of what humans would do if we actually developed the means to travel back in time.

Interview with the Director, Diego Hallivis 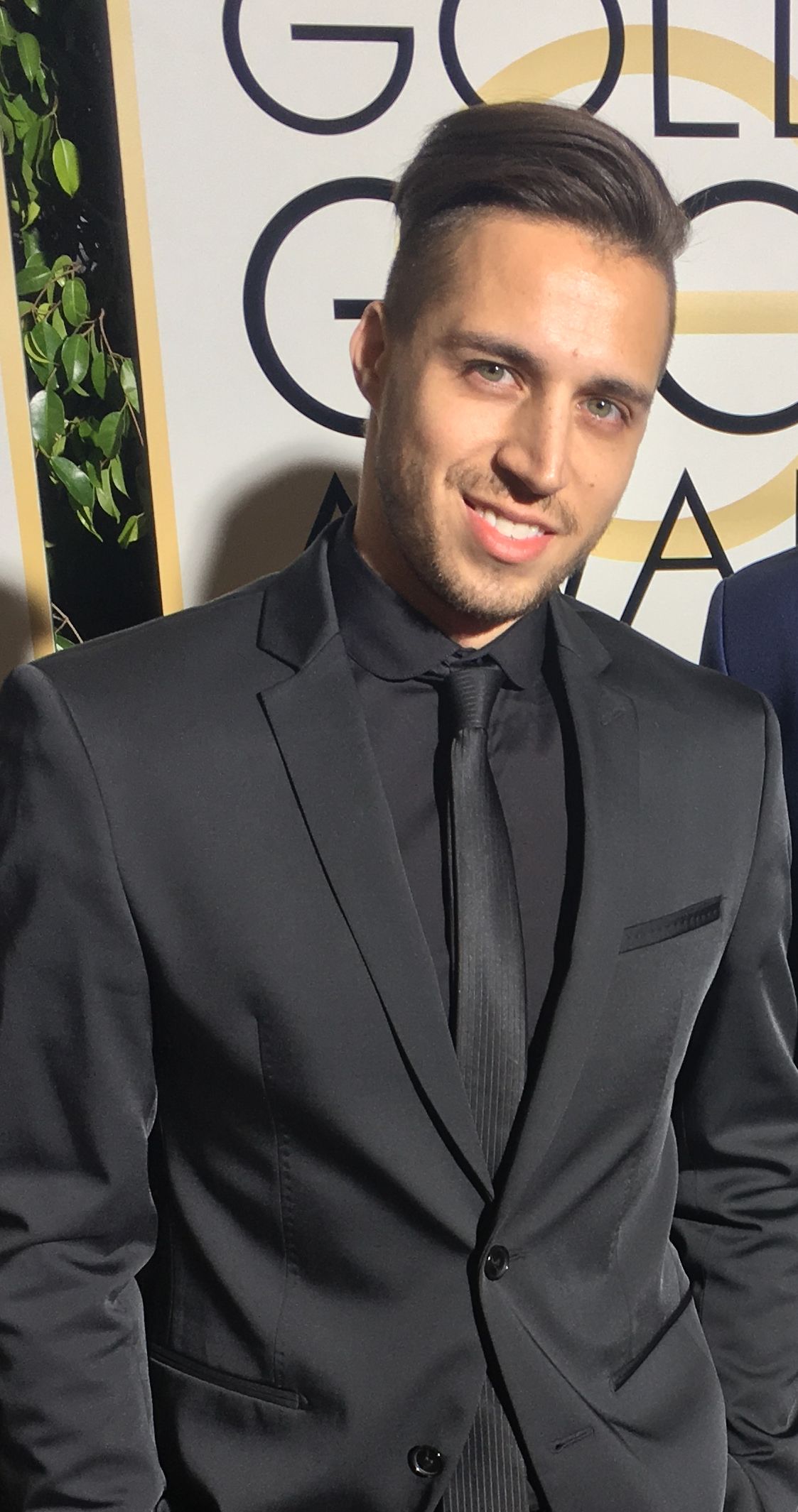 Black Nerd Problems: Where are you from and where did you develop your film making passion?

Diego Hallivis: Born in Mexico City until I was 12. Moved to Florida and lived with my family. The moment I realized I wanted to be a filmmaker was when I saw Y Tu Mamá También, by Alfonso Cuarón (Children of Men & Gravity) and Amores Perros, which was the directorial debut of Alejandro G. Iñárritu, who did The Revenant. I thought, “Oh that’s interesting, you dont need to be an American in Hollywood to make movies. You can do it yourself.” I had never seen the world in such a cinematic way, and that gave me the confidence to go ahead and follow my dream as well.

BNP: How did Curvature come about?

Diego: Making an indie movie is such a hard task. Getting the money alone is a daunting task. I made a fan short film based on the Joker called The Laughing Man. It went viral and I got a lot of exposure from that. I leveraged that hype at the time and was able to get financing for Curvature. It’s the kind of thing you just upload it and your life goes on, then you get all these emails in your mailbox then it hits a million views and it’s like a domino effect.

BNP: Where did the inspiration for Curvature come from?

Diego: I’ve always been a fan of time travel movies. It can be its own genre with there being no rules. You can make a time travel movie and it can be a love story or a thriller. You can change the laws of physics, change the past or go to the future. I wanted to create a movie where time travel was the emotional background of a character. I wanted it to be the emotional arc of a character and accepting certain things. Time travel allows you to have the same character twice. One travels through time and one hasn’t, so they’re on the opposite emotional spectrum. You see them behave completely different even though they’re the same person…in theory.

BNP: Were some of your more iconic moments of the movie influenced by certain films or filmmakers? For example, the tea kettle whistling or the final scenes in the laboratory.

Diego: Time Crimes and Looper are films I really like. In terms of the aesthetic, there’s a movie called Meadowlands, and that was the palette behind the look of the film. Reed Morano, after Meadowlands, she did the pilot for Handmaid’s Tale. I’d pay attention to her, she’s going to be huge.

BNP: How did you stretch your budget and make a movie that looks this good?

Diego: As a filmmaker working with many little money, you start to learn how to make things bigger than they really are. You work closely with your production designer and block scenes. You manipulate light and alter the look. You combine that with the proper story and you can make your film look way bigger than it is. At certain times of the movie, the audience doesn’t get to see whats in the shot, so you frame it to look good.

BNP: How did you manage to recruit or convince Linda Hamilton to come on board?

Diego: I was rally lucky to get her. But the reason she wanted to make this film, is because she really responded to the script and story. The protagonist wasn’t framed from this male perspective where she’s sexy and fighting and this femme fatale. It was the internal struggle she was going through and she responded to that and wanted to be apart of it. She’s super fun and amazing to work with. I’d work with her in a heartbeat.

BNP: What’s next for you and or the Hallivis brothers?

Diego: My brother has produced everything I’ve done. He’s my creative partner. Our next project is going to be Horror with social thriller aspects to it.

BNP: There’s a very distinct feel to the opening of Curvature. Almost a cold open. Can you talk about your decision making behind that or what inspired you to set the tone in that way?

Diego: It’s very specific. I had to emotionally, show how detached she was from the world. She couldn’t even sleep in her own bed. She was almost like a machine. That’s why there’s little to no sound. I wanted to convey body language. Once you get to the point where she has no memory and the time travel has happened, it becomes a big chase film.

Curvature is available on most streaming platforms (Youtube, Hulu, Amazon Prime, etc). See more of Diego and his brother Julio on their personal website and follow them for updates and future projects.