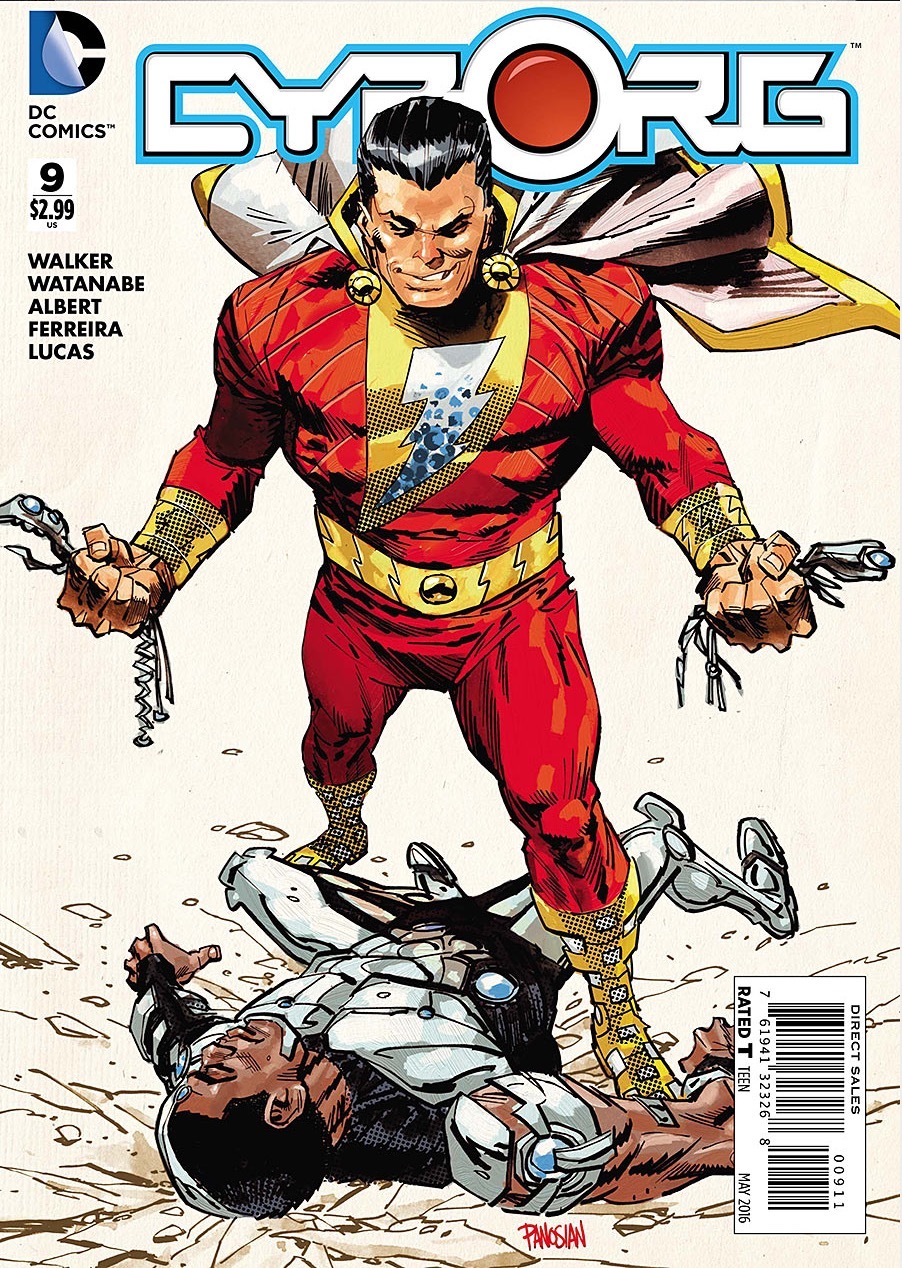 David Walker’s Cyborg series has had its share of ups and downs in terms of pacing, but has mostly made for a fun ride that succeeds in redefining the titular hero for a generation that desperately needs relatable, well-developed people of color. Now, the book takes us from Victor going up against interdimensional technoviruses and the sins of his father, to taking on the government’s suspicions. This book has been gaining momentum again and it hopefully doesn’t slow down despite this being Walker’s last issue writing the series.

This month’s issue might as well be titled “How to Be A Superhero Ally” because the lion’s share of it focuses on Cyborg confiding in his Justice League teammates regarding the Cybernetic Regulation Act. The plot toggles between this and Victor’s minor dustup with a friend. For the most part, it’s pretty talky, going into detail about legislation and technobabble, but Walker manages to present it in a way that doesn’t feel dull or slow. A lot of it actually seems to mirror something we would read in Marvel’s Civil War, only without Mark Millar’s unnecessarily macho tough-guy talk.

Felipe Watanabe and Julio Ferreira share the art duties this issue and the effort is a fluid, cohesive one. My only complaint is that I wish they would play a little more with the new transformative nature of Cyborg’s tech the way Ivan Reis (yes, I’m going to bring him up again) did during his truncated time on the book. Other than that, the book looks wonderful.

Bottom Line: Dare I say it, this is the best Cyborg’s been since the first two issues. This is some ambitious water David Walker is swimming in, leaving a lot of potential for future threats and new foils specifically for our hero.