The trailer for the Spike Lee helmed Da 5 Bloods dropped on Monday and given the state of the pandemic, it was pretty exciting. For the last three decades, you knew a Spike Lee joint when you saw it. This one breaks the mold. Told outside of time, the trailer follows a unit of Black infantry soldiers from their heyday in the Vietnam War through to their return to ‘Nam as elder statesmen. Doing a Soul Train line at an Apocalypse Now themed Budweiser-sponsored event, turns out it’s a pretty Spike Lee situation.

At the core of the flashbacks to ‘Nam is vibranium soul brother number one, Chadwick Boseman! As the charismatic leader of an Army infantry, he decides that the squad should bury a trunk of gold bars they stumble onto in the jungle. Right about here the story cuts to the quick. This is not a biopic, heist movie or historical drama set to the soundtrack of the rebellious 60s. Da 5 Bloods opens up into a deeply excavated dissection of the inherent duality of Black identity hinging on the most controversial wars in U.S. history. The whole Warriors-style propaganda radio broadcast from ‘Hanoi Hannah’ drives that conflict home off rip.

Too many Black-led period movies are set in the Civil War south, but a close second is 1960s Vietnam. But there aren’t any set in present-day Vietnam and none with a cast this full of seasoned melanated thespians. Theatre legends Norm Lewis and Delroy Lindo in the same cast? With Isaiah “Shiiiiiiiiidddd” Whitlock Jr. and Clarke Peters from The Wire?!?

The Chamber Brothers classic “Time Has Come” blares across the whole trailer and sets the tone. You learn the infantry has returned to Vietnam to reclaim their lost gold, but not before the turn. Boseman’s monologue reveals his intention during the war to bring that gold back to the States to fund Black people’s initiatives. Meanwhile, the infantry returns to face the ghosts of their wartime actions and quite a bit of PTSD. 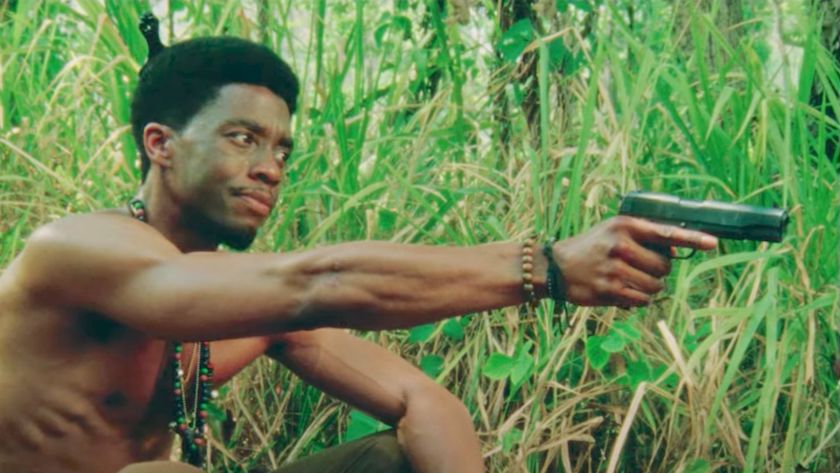 Co-written by Lee, Kevin Wilmott, Danny Bilson, and the late Paul De Meo Da 5 Bloods is looking like a new page in the book of Lee’s filmography and does something we haven’t seen from him in some time: creative ambition. Da 5 Bloods releases to a captive home audience on Netflix on June 12, 2020.