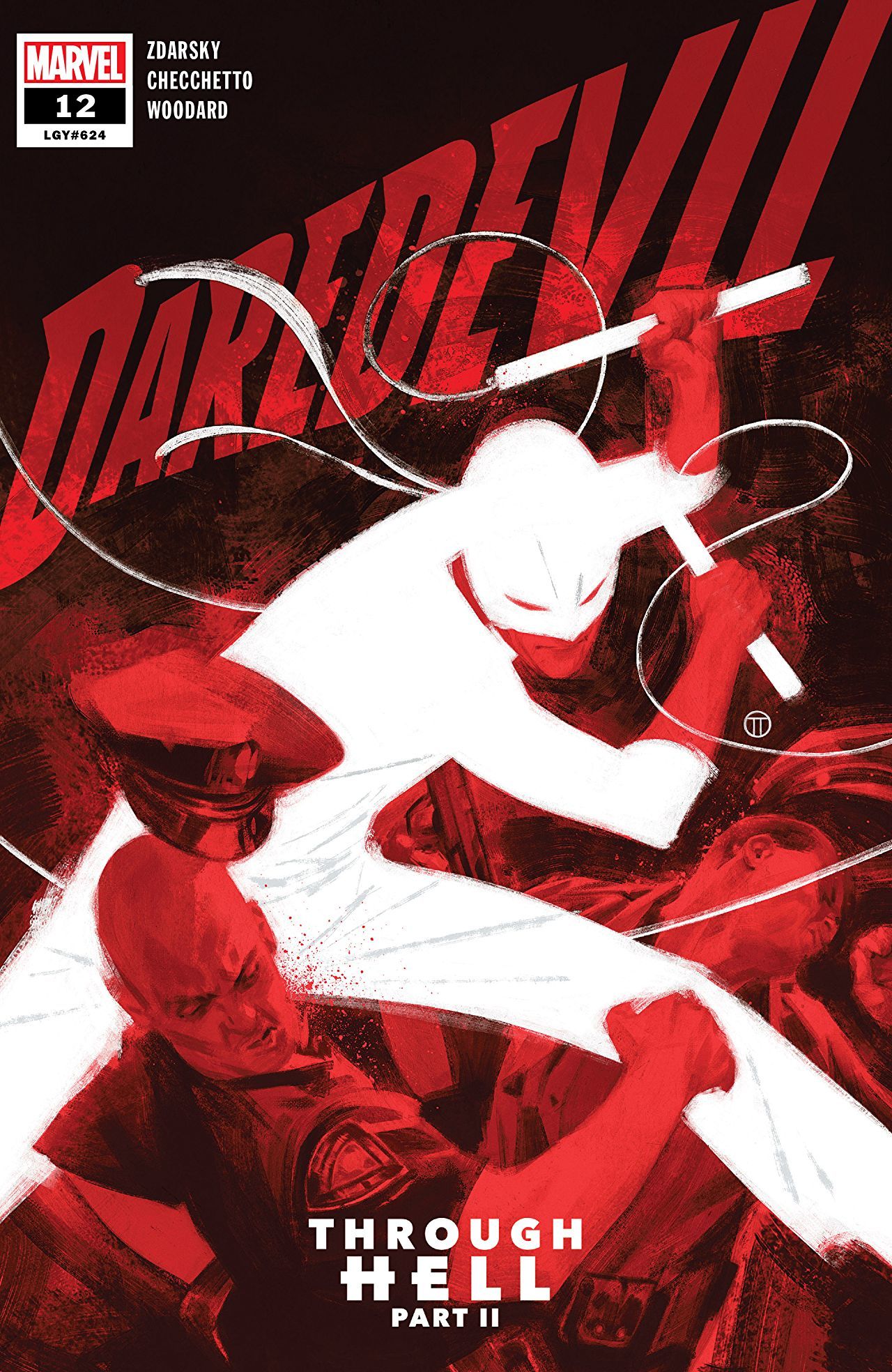 What I need in my life is more Foggy Nelson hitting police with his briefcase! But calm down, Brandon. Control. That’s what this book centers on; control. The last issue ended with Matt Murdock hearing the abuse of a vigilante inspired by him, at the hands of corrupt police officers. Now he needs to subdue four men without killing them. That should be an easy feat for the Man Without Fear, but Murdock is not the fighter he once was. Meanwhile, Wilson Fisk is struggling to control a different sort of setting. He’s given up crime to go legit; albeit still corrupt. He has met up with a group of nondescript leaders of the world. Amidst talk of controlling countries and industries the group playfully jabs at him, referring to his criminal past. Out of Murdock and Fisk, one succeeds and the other fails miserably. 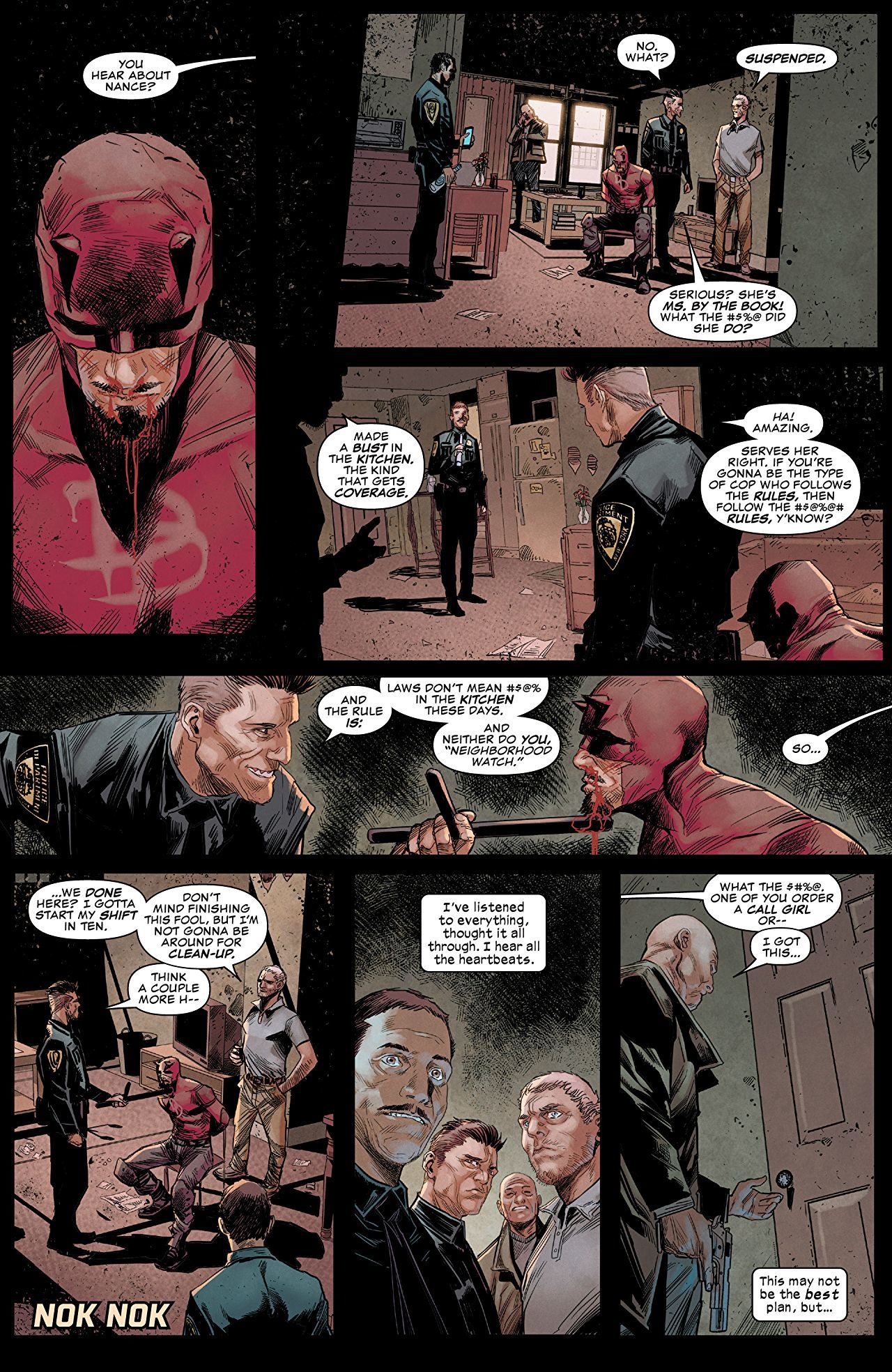 Daredevil and Kingpin are one of my favorite hero/ villain rivalries. Zdarsky masterfully lines the two up for contrast in lieu of direct conflict. It’s always fun watching Daredevil fight. His sensory power allows for a detailed narration perfect for comic book form. In this issue I connected with Daredevil’s palpable sense of frustration, not being able to perform the way he used to. I’m reminded of the feeling of playing a fighting video game after a long break. “I know how I should be playing but I just can’t make my hand do what I want”. For Kingpin the burn is much slower. There’s a thick tension seeing Fisk receiving disrespect without being able to strangle or threaten his problems away. One interesting plot point is Fisk’s attempt to legalize weed in New York City. That’s when I thought, “I know he’s a monster but maybe he’d be a good real-life mayor”.

It’s a pleasure to have Checchetto back on this book, stylistic haze and all. My favorite panels had to be the rooftop fight. Murdock’s makeshift costume, the Daredevil copycat (I’m serious about cosplaying it), and good ‘ol Foggy; brawling with the Po Po. It was fantastic. And with the appearance of [SPOILER ALERT!] Elektra, I noticed the choice of making her hair curly. I thought “Yea, that makes sense”. She’s Greek and if My Big Fat Greek Wedding taught me anything is that they can have lovely curls. Now I’m wondering how often her hair is portrayed straight vs curly because I feel like it’s straight most of the time. Most importantly though, the new issue promises a training montage!!!