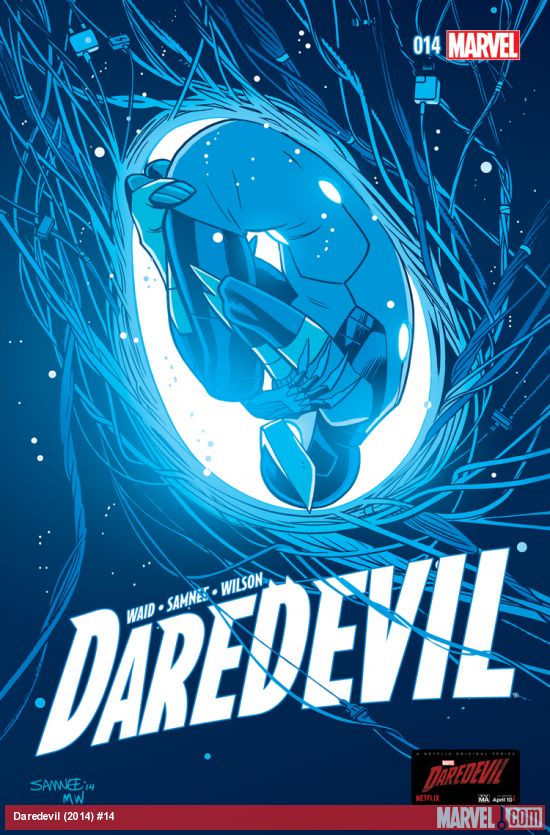 Man, ya boy Mark Waid got Daredevil on his Californication shit. 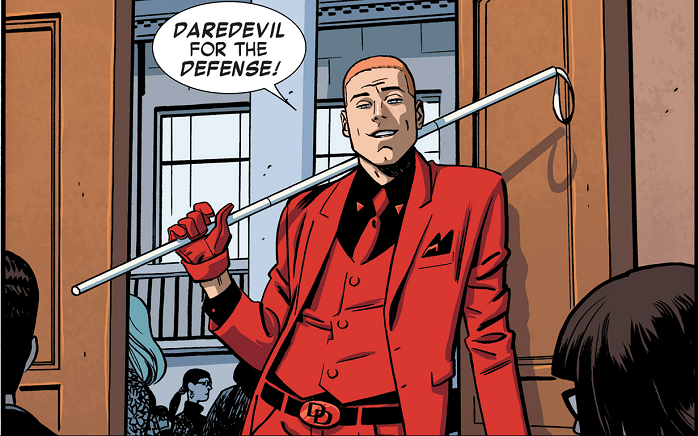 Yes siiiir, after speaking with his publisher (Kristen’s father) Matt decides it’s time to do away with the mask and cowl. He needs to embrace who he is as Daredevil’s story is not the one going to press, it’s Matt Murdock. Ya boy looking like he bout to star in a Broadway musical trying to compete with Spider-Man: Turn Off The Dark. Look at the belt buckle, doe. I know Marc Spector gotta be heated cause his Mr. Knight persona was rocking the suit to the crime scene first. This is a big deal with Matt as embracing his identity being public although he does so with a bit of arrogance, which Kristen immediately feels coming on and thinks “nah this can’t be good for anyone.”

Man, you know damn well some shit bout to go wrong. Waid also introduces a new vigilante with amazing fighting prowess whose identity comes way out of left field. Samnee’s art stay on point across the board this issue too. My favorite scene has to be the way he drew Matt at the barbershop getting his hair cut with his legs crossed up showing off THE CUSTOM “DAREDEVIL” INITIALED CHUCK TAYLORS DOOOOOOOOOOOOOOOOOE!!! Arghhhhhh that was such a dope look on Matt and we’ve seen it alluded to as well in his appearance in She-Hulk. Samnee keeping it 100 that Matt is a Chucks fan.

The big reveal towards the vigilantes search comes at the end of the issue although we don’t know how far they are willing to go to get that goal achieved. We got some new blood this issue as well as some old characters back at it. Daredevil continues to be a series that doesn’t disappoint (with Waid and Samnee on the track how could it?) and gets more and more enjoyable with every issue. The only sad part is you know that this unmasking and publicity is somehow going to hit Matt Murdock hard eventually.