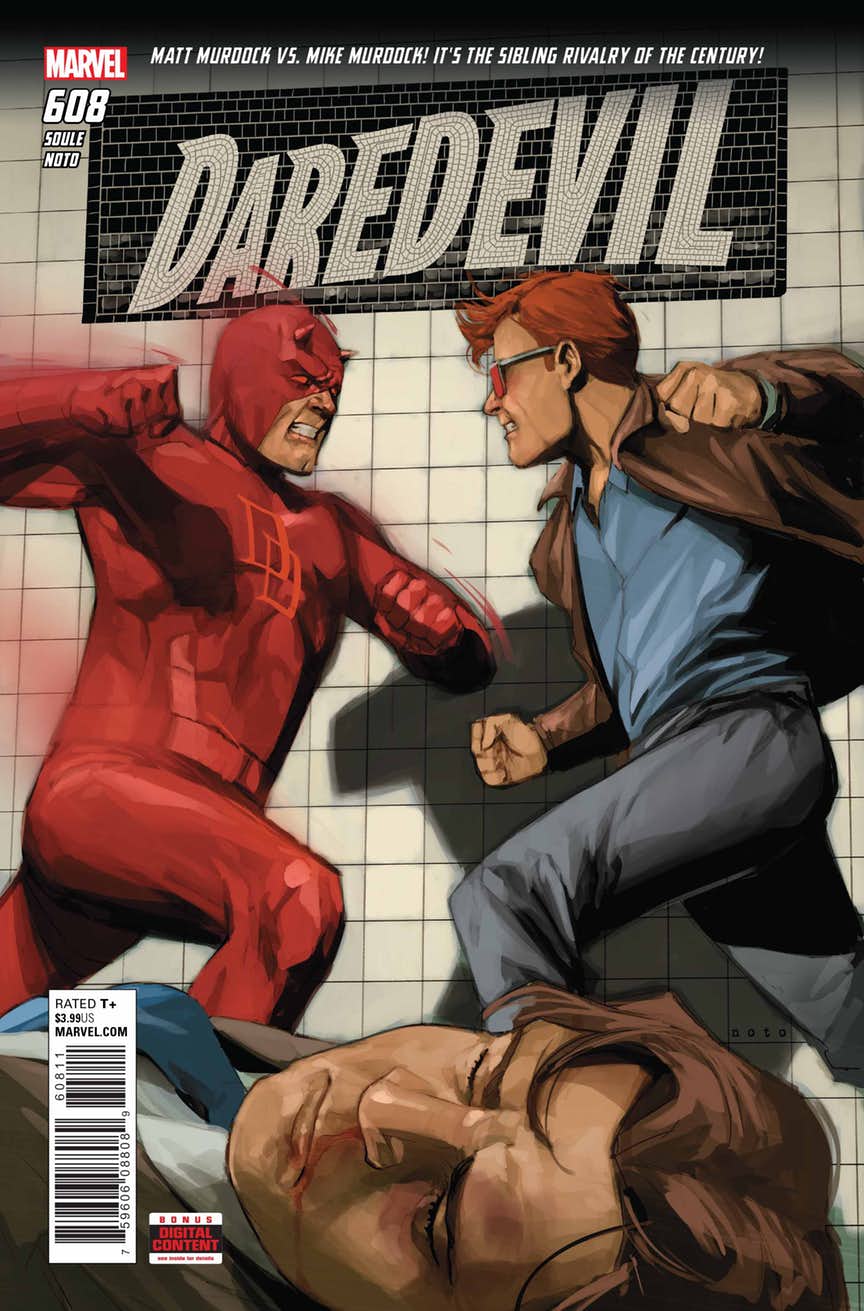 What can I say about Daredevil #608? The first thought that comes to mind is that the book melds ridiculousness and intrigue. Let’s recap. Daredevil’s make-believe twin brother from the seventies, Mike Murdock, was accidentally brought to life by the bizarre powers of the Inhuman, Reader. This occurs as Matt Murdock discovers that the mayoral election was stolen by Kingpin. Soule really leans into this plot. On its surface it has all the makings of an unnecessarily convoluted story. I was really hoping for a focused, political battle between Murdock’s investigatory team and Kingpin for the soul of New York. With that sentiment in mind I can’t knock the direction the second comic of this arc has taken. The hostage situation with Matt, Mike and Foggy was fine enough. The highlight was seeing Daredevil’s number in Foggy’s cell phone. It begins “666” and ends with a little devil emoji. I got a kick out of that. Then, Soule likely said to himself “Charlie (I assume Charles Soule calls himself Charlie in the third person) it has been like 30 pages since I used some obscure character from Daredevil’s past. I know! Bushwacker!” I have no affinity for the character, unfortunately so it landed flat for me.

The most interesting part of the story was a conversation between Matt and Mike where the imaginary brother pleads with Matt that he deserves to live and not get “erased”. Soule and Noto capture the conflict in Matt’s head well. You can gather that he is torn between the fluke of Mike’s existence and whether that existence still has a sort of cosmic value. You see this point played with in a lot of A.I. movies making the case for their (and in turn, persecuted minorities’) humanity. That hit me right in the intrigue button.

The icing on the cake in this book comes at the end when a character from recent Marvel history enters the stage. None other than Parker Robbins a.k.a The Hood. All the play he got from a very formative time in my Marvel Comics reading made him the perfect choice to get me excited about the direction this weird story is going. So bring it on, Soule. Let’s see what you got.