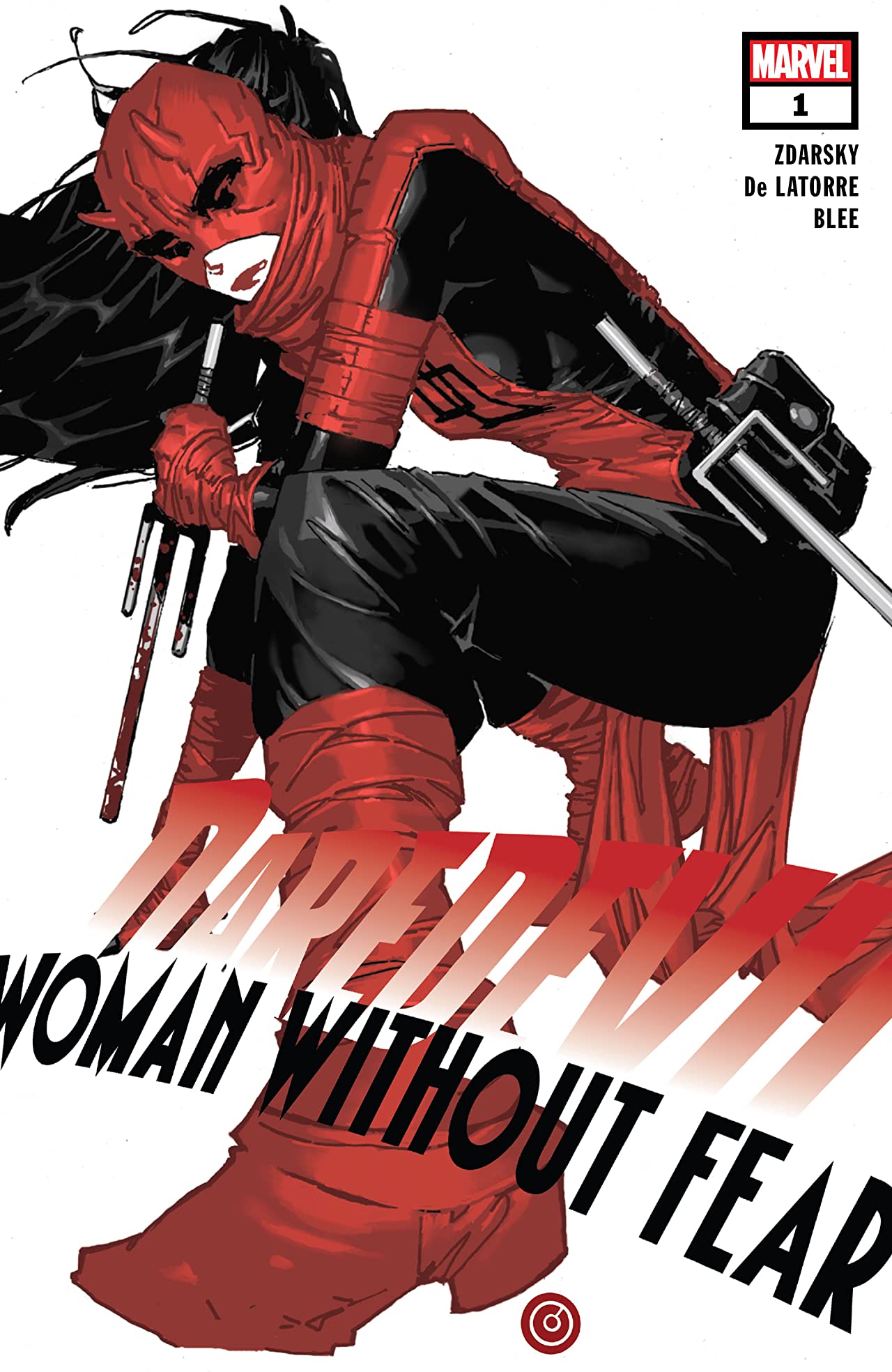 I’ll admit….as a longtime Daredevil fan, the idea of someone else putting on the good old red tights (though technically, it has happened before) is hard to swallow. There’s just something different about what makes Matt Murdock a compelling hero that’s difficult to replicate. So, when I heard Chip Zdarksky made Murdock’s girlfriend (one of many, if you’re keeping score) the new mantle holder…I held a certain skepticism that hasn’t completely faded after reading Daredevil: The Woman Without Fear #1.

The first issue in this limited series starts off establishing that the femme fatale, Elektra Nachios, is having a tough time in her role as ol’ Hornhead. She’s not just fighting a city turned against heroes (courtesy of Mayor Wilson Fisk). She’s fighting against her own deadly nature in the interest of following a higher path she’s not even sure she completely believes in. Sure, she believes in Matt, but will that be enough to keep her from crossing a line? And that’s not even half of her trouble when she’s lured into a cat and mouse game laid out with clues that implicate an unwelcome blast from her past.

Zdarsky wastes no time in Daredevil: The Woman Without Fear #1 throwing our heroine into the fire, taking someone used to being an apex predator and making her prey. It’s easy to live by a code when you’re at the top of the food chain, but Elektra is very quickly taken out of her element, left to question her every move in this new identity. And the artwork here is spectacular. Rafael de Latorre is doing the lord’s work on these pages, particularly the intense opening stare down between Elektra and Wilson Fisk. The panels perfectly capture the unspoken years of tension with these two and tell you exactly what kind of mood our heroine is in.

Bottom Line: It’s a slower opening than one would expect from a character like Elektra, but it establishes her emotionally more than most comics tend to and succeeds at setting the stage for what looks like an epic battle to come. Worth the coin.

8 Jennifer Garner reshoots out of 10