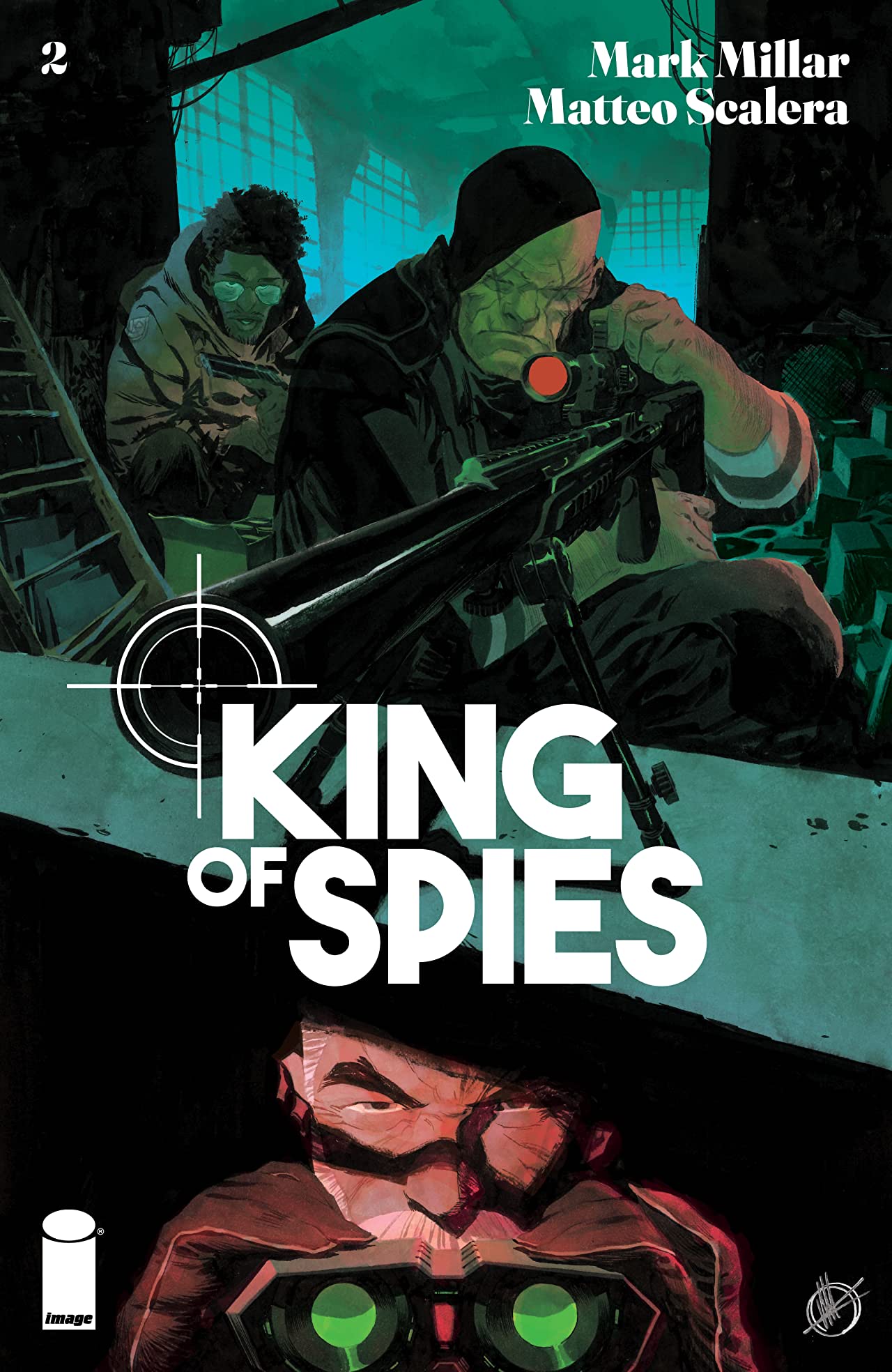 If Sean Connery could have ended his career with a film that wasn’t a complete dumpster fire, I would like to think it would have looked a lot like King of Spies. Mark Millar’s bloody spy saga is off to a trademark Millar-esque violent start and since it’s not broken in King of Spies #1, there’s no reason to fix it with King of Spies #2.

When we catch up with our ailing anti-hero, his murderous rampage against corruption is well underway and shows no signs of slowing down. The lion’s share of the King of Spies #2 is dedicated to the villains of our story revealing themselves and suiting up to take Roland King down. Chief among King’s enemies is an apex predator he might not have counted on. Millar has clearly done his homework watching classics like From Russia With Love and In Like Flint and thrown in a healthy dose of modern-day fisticuffs for good measure. King’s opposition so far ranges from outlandish to outright “only in comic book-ish” to right under his nose.

Wanton destruction is the name of the game and even during moments of exposition, Millar doesn’t take much time to let the reader catch a breath which works to the story’s benefit so far. To look any closer would likely only remind us that King has probably only made the smallest of baby steps in improving as a human being. And to read a Millar story really isn’t about the character study as much as it is the action and shiny objects. Meanwhile, Matteo Scalera swings for the fences, bringing out the absolute best in this script. There are not many illustrators in the game I could count on to deliver a mid-air fight scene between two people jumping out of a plane. The color scheme is brilliant and every bit as diverse as your favorite Wes Anderson film.

Bottom Line: If you’re looking for a slow burn character analysis, this isn’t your book. A dope premise, summer blockbuster action and a lead character that’s a force of nature are the star attractions here. King of Spies is just about everything we’ll miss Daniel Craig doing as James Bond and then some.

9 Casino Royale outtakes out of 10

Enjoying King of Spies? Check out BNP’s other reviews here.