Maria Frantz’s name rang a bell somewhere in my cluttered head when news of this book spread online, and I remembered that she illustrated one of my favorite comics for the anthology Galahad and the Far-Off Horizon – a 130 page collection of five stories written by Hansel Moreno, set in a fantastical world of witches, golems, and magical creatures. Since then, I’ve been seeing more and more of her artwork, and I just knew that after hearing the news about this book I’d want to see more.

Lavishly beautiful and detailed artwork adds to the richness of the story, of a city, the Citadel at the end of the world. With its walls and people, it is protected by its protector– someone they call the Chancellor– who is as powerful as she is mysterious always with a hood, never showing her true face. Night after night she quells what dangers come, and one night a single conflict, a single gathering of a angry and fearful mob at the gates of her city changes everything. Those within the city’s walls become fearful and start to distrust her and a bitterness that had been growing for a while grows hard in the hearts of many of those who know her. 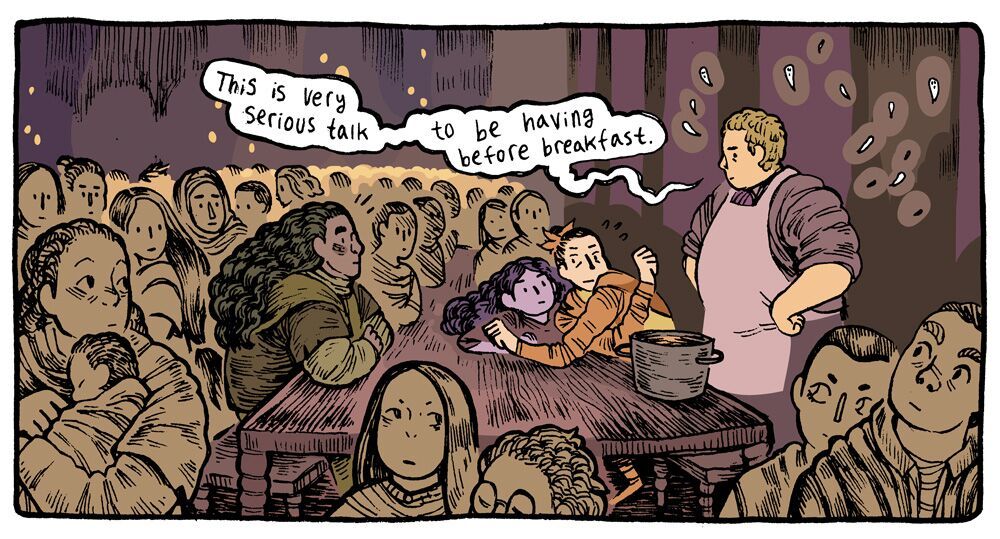 “…The fear, hopelessness, and other intense emotions that latch on to us when situations look bleak and when the night seems long.”

Cartoonist Maria Frantz has fashioned a narrative within the fantasy genre that speaks to the fear, hopelessness, and other intense emotions that latch on to us when situations look bleak and when the night seems long. The Chancellor, the Window Walker, is a character of many sorrows and worries. She stands as a leader, protector, and symbol to those in her city; however, she isn’t quite too sure if she’s up to the job anymore, or if she’s on the right path.

This debut graphic novel is a thrilling journey examining what happens when people break, when they allow those fears and that uneasiness to make them into the so-called monsters they fear, and who takes the task of stand against it. The one last bastion of hope the world has left can’t be protected just by one. A stronghold is only such when the bonds that its people have can be counted on to fight against that which would see it crumble. This book proves to be an illustrative example of challenging gender stereotypes: a female character is centered and other women have significant appearances. The old and the young play a part in the story with both children and adults on both sides of the conflict and both with their own opinions on what should be done.

With such themes, it’s easy for a story to go too dark, to lead readers down a path where redemption or hope gets extinguished. Frantz crafts such a story of magic and heroism that is age appropriate for middle school readers yet doesn’t lose the heart or the true message of this fascinating body. Internal fears and external problems clash, violence against others, regrets and gossips all ink themselves in the panels and words of this book. Frantz’s art style reflects the beautiful and moody place all these characters live in, a place to revisit as you’ll want to reread. Such standout moments like the Window Walker inside her one true safe haven, the library, is worthy of your awe as are tiny moments of folks embracing and others staring out into the darkness prepped for action.

I was told that The Chancellor and the Citadel would resonate with anyone living through our fractured times today. For me as a reader, that was certainly true. What etched itself on my heart the most, what impacted me the most was the message of being steadfast in challenging the darkness. Of standing firm even if you tremble against the wave of what can turn us cruel and nonchalant against the suffering and pain of others. Of fears that string together so fast that they can warp us into people we don’t recognize and people we would be ashamed of being–and yet how the power of being soft and kind and gentle can be the greatest weapon we have against these trying times we live in. Having faith in goodness and also faith in those you love can bring you strength more powerful then you could ever imagine.

Even if The Chancellor and the Citadel doesn’t top best seller lists for 2019, know that it did a superb job using comics to demonstrate just how powerful the medium can be in creating narratives you can emotionally invest in and feel hope from after reading. If this is but a taste of what Maria Frantz can do, know that I’ll be on the look out for her next book–who knows I may end up following her to a city at the end of the world.

This is another hit from the Iron Circus Comics machine which I’m always happy to support because of their dedication to the strange and wonderful which this book fits right in. The world will change. It may fall apart, yet there will always be those who need protection and those who need our help and that outweighs much…in the end. Set at the end of the world, The Chancellor and the Citadel is a stunning debut by Maria Capelle Frantz.

8.7 Illuminating Messages Written In Books To Take To Heart Out of 10

“Set at the end of the world, The Chancellor and the Citadel is a stunning debut by Maria Capelle Frantz.” 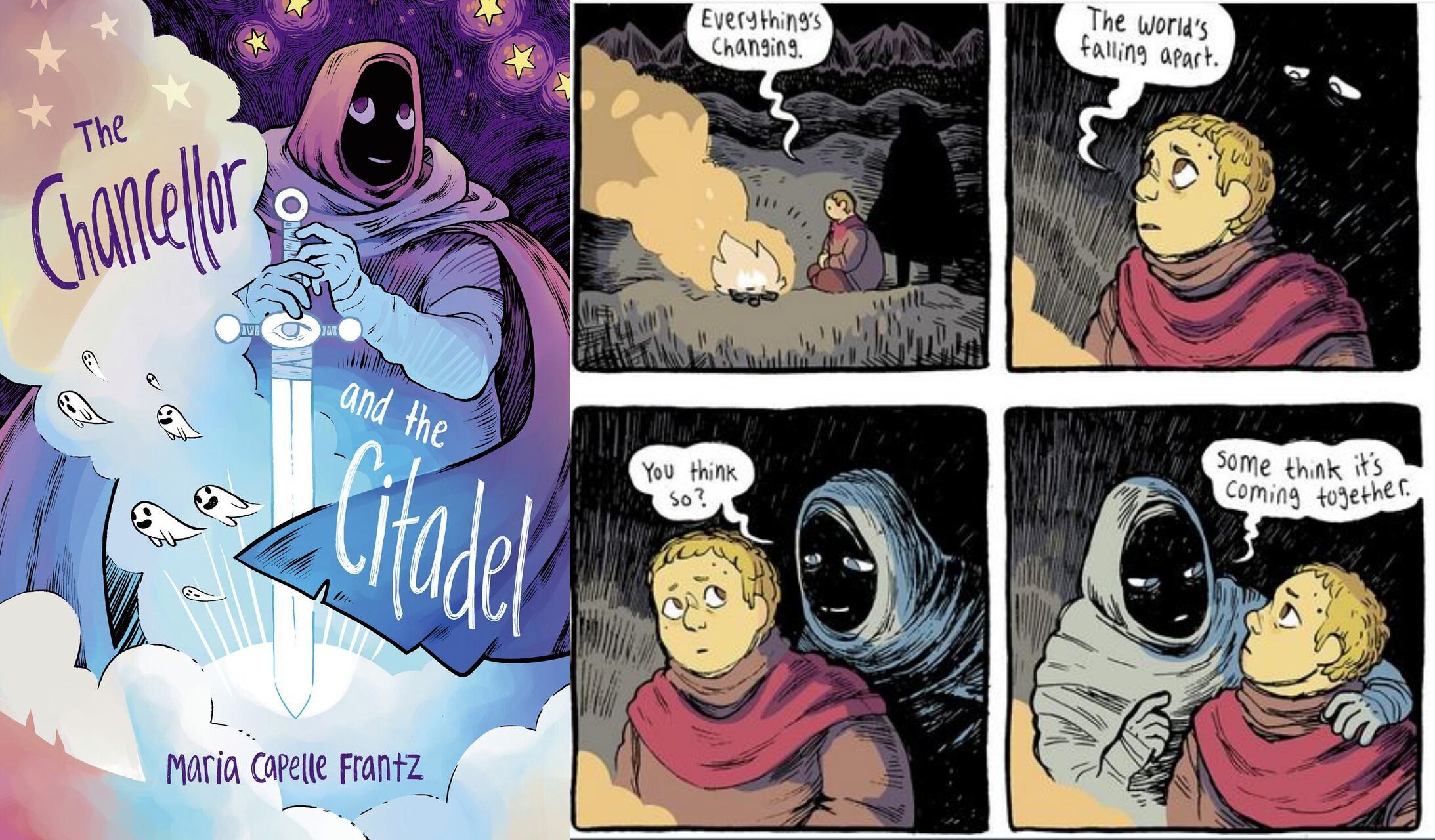 See more of Iron Circus Comics and their books here .

Maria Frantz is a cartoonist, illustrator, and animator currently living and working in Portland, Oregon. She spends her days baking, knitting, and drawing a ridiculous amount of comics. See more of her here and on Twitter.