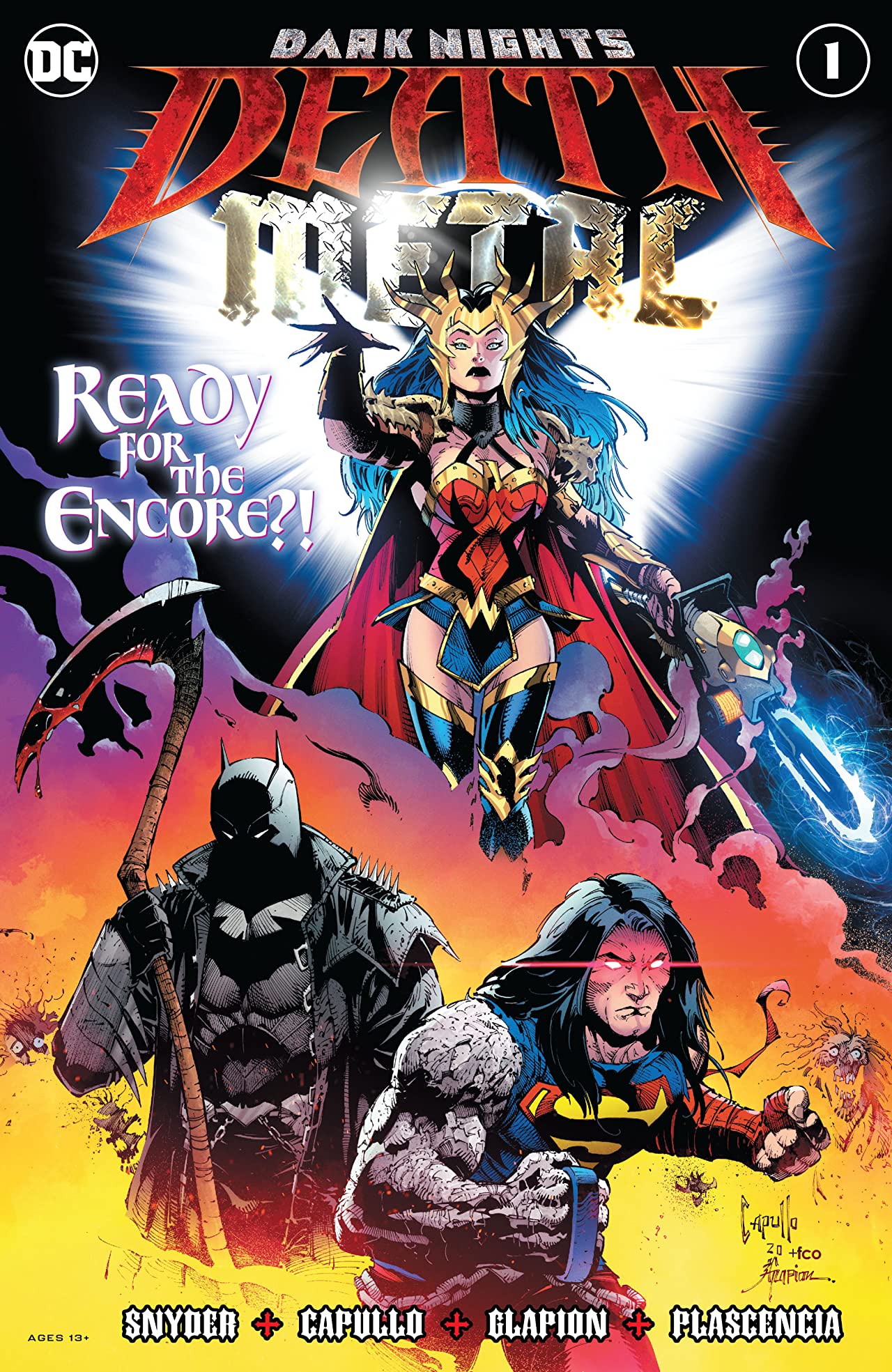 Dark Nights: Death Metal is finally here after a brief delay due to COVID-19. And let me tell you, it is insane.

It’s kind of odd to think about, but rarely would I say that a cover is emblematic of the contents inside of a comic book. But that’s just not the case with this book. The cover sets you up for everything you’re about to go through.

Death Metal is both a follow up of everything Scott Snyder has touched over the past few years, while also being DC’s next big event. In addition to that, it’s yet another combination of DC’s favorite tandem of Snyder and Capullo. The story takes place in the aftermath of the Justice League’s fight with Perpetua back on Scott Snyder’s run on the Justice League series.

It hasn’t been that long since we’ve seen those characters but when you pick up this book, you’ll wonder what the hell happened in the time since the Justice League fought Perpetua and the opening pages of this book. Because it is a stark difference. In short, even though the Justice League survived their fight with Perpetua, they didn’t defeat her. And she still remains a threat. At the beginning of this series, Perpetua continues to devour worlds and The Batman Who Laughs has turned the main Earth into something that more resembles his image. There are more twisted versions of Batman from across the Dark Multiverse, Wonder Woman’s invisible armor forged from the metal of her invisible jet, and believe it or not, some Dr. Manhattan teases. 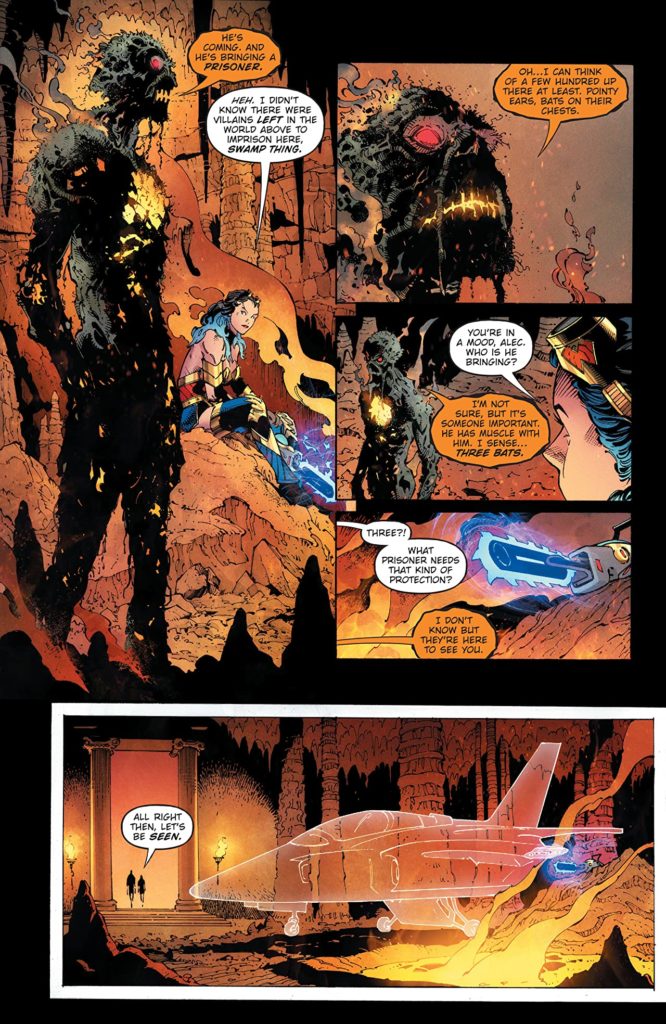 Other than all of the crazy things from this debut issue, it’s hard to pin down just what exactly is going on. But that’s kind of the point. There are some big gaps in time and knowledge since we saw these characters last and this series will undoubtedly be about rectifying all of the bad things that have happened to the multiverse.

And on the way, Snyder is going to take us for a hell of a ride that includes twists and turns and extremely skewed versions of familiar characters. For instance, in this issue we met a version of Batman that downloaded his consciousness into the T-Rex from the Batcave. Literally nothing is left to the imagination in this book.

Capullo’s talent is as prevalent as ever in this book. But with the story Snyder is trying to tell, in the world he’s trying to tell it, Capullo is really going to have a lot of room to show us some things we haven’t seen before. And I can’t wait to see what those things are. These two work so well together. It’s one thing for Snyder to imagine some of the more crazy elements of his stories, but it’s another for Capullo to actually bring them to life. I’d love to see what the scripts to these stories look like.

Snyder and Capullo are back like they never left with their debut of Dark Nights: Death Metal, and somehow, they are still able to take it to another level with the absolute insanity on the page. If you’ve read any of their stories from the past few years, you’re gonna want to pick this one up.