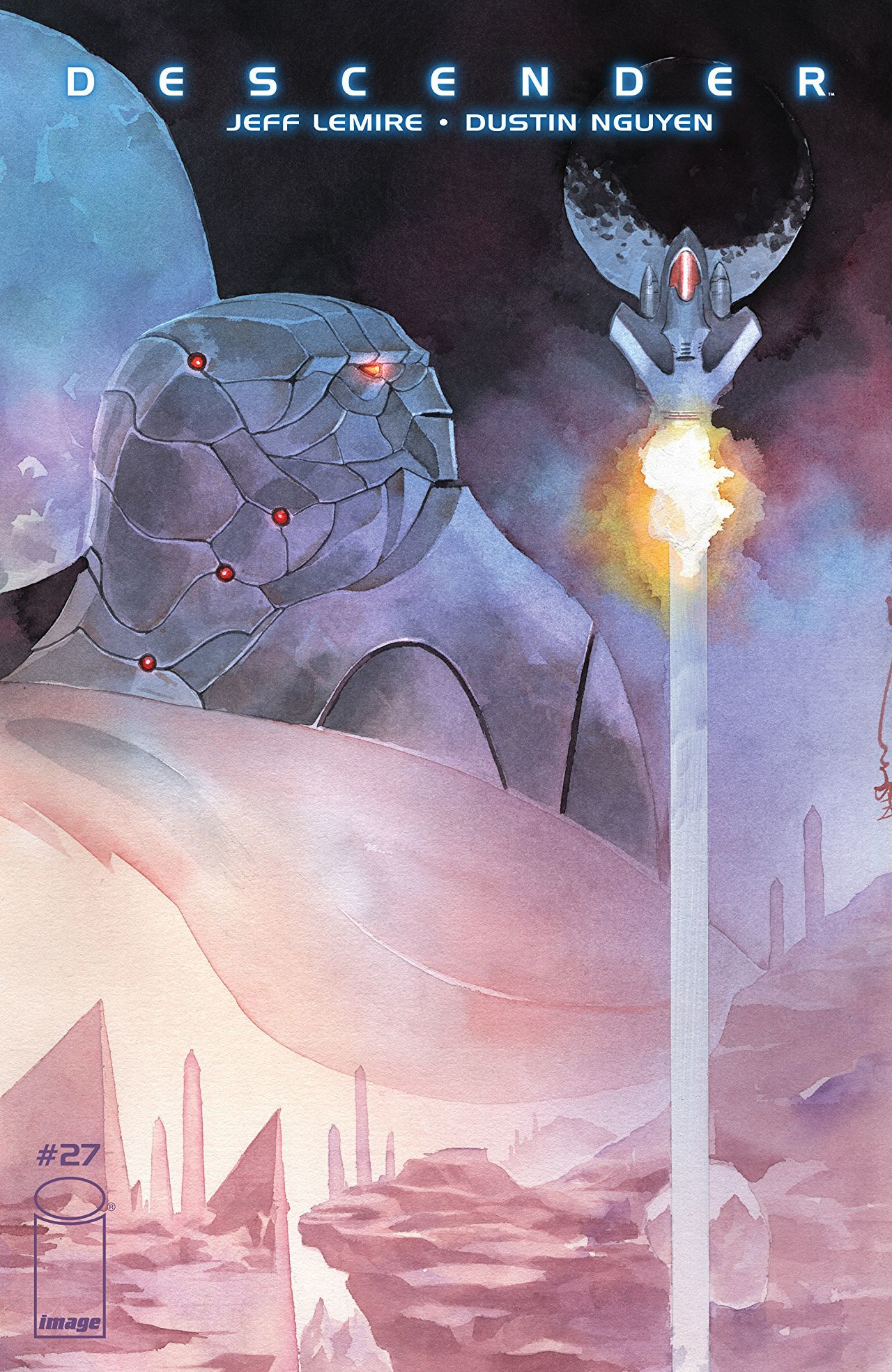 Pay attention, kids. Grab your notebooks, a #2 pencil, and write everything I say down. I cannot stress this enough: This will be on the test.

Descender is back from its 3-month hiatus and it’s here to give you some much-needed context. Lemire doesn’t care that he left you with a cliffhanger to chew on for 90 days, wondering day in and day out what Tim-21 and Tesla just got themselves into. Lemire was like “3-month break? Let’s hit em with a history lesson to make sure they’re paying attention.” That’s because Lemire is a master storyteller. He answers questions we aren’t asking, which positions us in a better place to figure out the lingering questions on our own. That way it’ll hit a hell of a lot harder when those things become clearer.

This issue has the presence of a strong internal monologue. At first, it seems like we are just dropped into the unknown with characters we don’t know and places we haven’t seen. But then as the issue progresses, recognizable things begin to pop up and our gray areas begin to fill in with familiarity.

It was interesting to see an entire issue take place in a flashback. Usually, Lemire weaves it into an issue to inform the perspective of whatever character the story is focusing on that time around. But placing the entirety in a past we were unfamiliar with was a refreshing aspect that I didn’t know I was looking for. 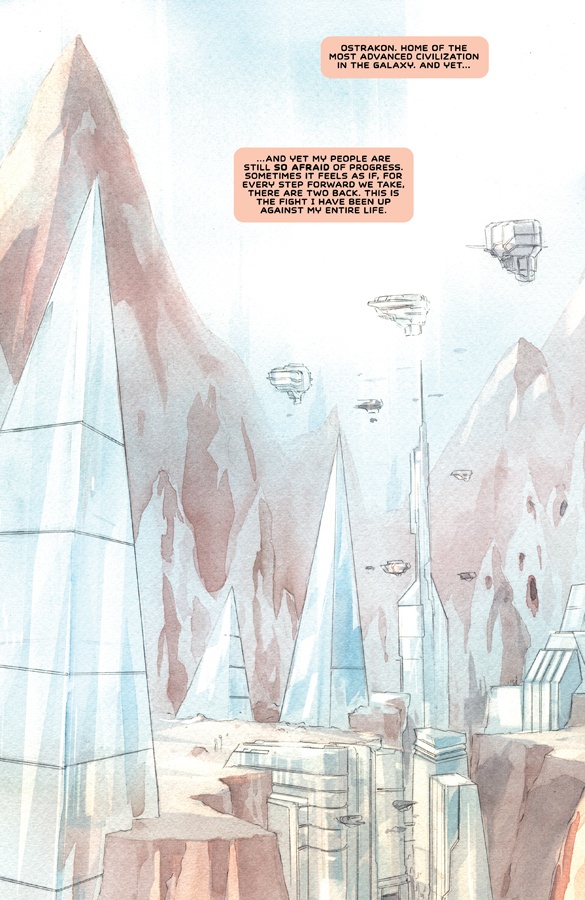 Since this is my first time reviewing Descender, I need to talk about Dustin Nguyen’s art. There’s something so beautiful about coupling a story so expansive with an art form that at times can be very minimal. It yields to the reader and lets them fill in the gaps with their imagination. Traditionally, art is always left up to the interpretation of the audience, but that’s not usually the case in mainstream comics. It is such a visual medium that lends and borrows so much from cinema, most of the work done is to elicit the same type of response from everyone. I don’t get that from Ngyuen’s art. It’s inviting. And it wants us to be able to use our own vision to shape this universe. It’s a beautiful metaphor when you really think about it. Space is so unexplored an unknown. Lemire and Nguyen don’t force their perspective on us, and we should all appreciate it.

Lemire and Nguyen deliver a relatively standalone issue that, at the same time, seems to have some pretty huge implications on the greater arc of the series. And I can’t wait to find out how. It’s almost not fair how great these two are together. All I know is one thing: They can have my bank routing numbers.